This Week on the History of Literature Podcast with Jacke Wilson

In this episode, Yang Huang, author of the new novel My Good Son, joins Jacke for a discussion of her childhood in China, how censorship restricted her ability to imagine stories, and how George Eliot’s Middlemarch helped her break free from these limitations. They also discuss her work as a novelist and what it’s like to be an Asian American during a period of highly visible anti-Asian sentiment.

Jacke Wilson: That’s so interesting. It’s like you’re a computer that had to be reprogramed.

Yang Huang: Yes. Basically, if I think in Chinese, it will get hijacked by censorship. I do not know where it’s going to go. It will go to some place that’s not honest, that’s not complete. It’s just partial truce.

Yang Huang grew up in China and has lived in the United States since 1990. Her novel MY GOOD SON won the University of New Orleans Publishing Lab Prize. Her linked story collection, MY OLD FAITHFUL, won the Juniper Prize, and her debut novel, LIVING TREASURES, won the Nautilus Book Award silver medal. She works for the University of California, Berkeley and lives in the Bay Area with her family. To learn more about Yang and her writing, visit www.yanghuang.com or follow her on Twitter: @yangwrites. 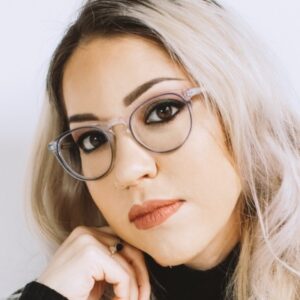