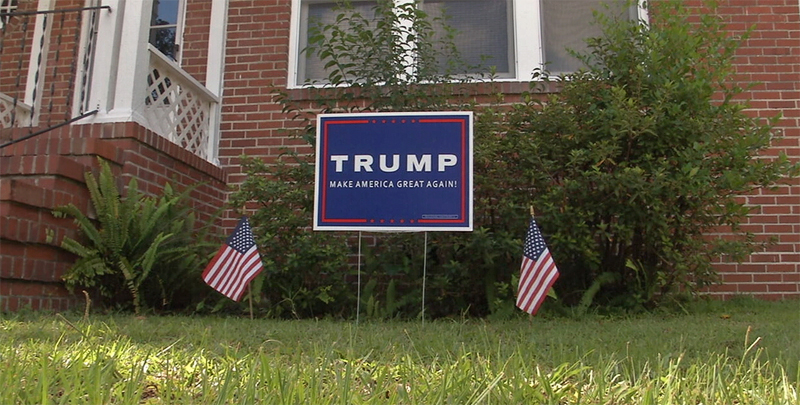 On the Socioeconomic and Racial Dynamics in Always Happy Hour

Mary Miller has come a long way in a short time. In 2005, she was living and working in Meridian, Mississippi, a small city ninety miles east of Jackson, where she was born and raised. At 27, older than many MFA grads, she had never written creatively, nor had she ever taken a writing workshop. Yet she found herself writing poems. “I was a really terrible poet,” she told me with a laugh. “Like, really bad. But I didn’t know that.” In search of instruction, she began to post poems to Zoetrope’s “Virtual Studio,” an online community for aspiring writers. “People [would tell me], okay, this is a bad poem but I think you could turn this into flash fiction,” she said. “I fell in love with flash.” Within a few years she was studying fiction with Frederick Barthelme at the University of Southern Mississippi; later she would move on to the prestigious Michener Center for Writers at the University of Texas. Still, she credits that first online community with the beginning of her transformation. “Without that, I probably wouldn’t have become a writer,” she says. “I had no access, really, to writers, or anybody who was interested in art.” Now, at 39, she is the author of three books of fiction, including the stunning collection of stories Always Happy Hour, out last month from Liveright.

Although Miller is firmly embedded in academia now (in 2014, she was the John and Renee Grisham Writer-in-Residence at University of Mississippi; she is currently Visiting Assistant Professor at Mississippi University for Women), her work is largely concerned with people who exist outside of—and often without—higher education. Her characters don’t read many books, as a few of them point out in the new collection. Instead, they watch television (The Office, Girls, Bob’s Burgers, and Intervention are a few of the TV shows mentioned), read popular magazines (Cosmopolitan, Time), drink margaritas in strip malls, and embark on tawdry cruises that they won gambling. Her frank depictions of sex from a female point-of-view and of white women mired in states of mental disturbance have earned her comparisons to Mary Gaitskill, with whom she shares a sly wit as well as a willingness to delve into the dark sides of heterosexual relations. But one hears more clearly echoes of the so-called “Dirty Realists,” those chroniclers of lower middle-class white people who were popular during the 1980s but since have fallen out of favor with the literary establishment.

At a time when the phrase “white working-class” is reverberating throughout the culture, Miller’s work has political relevance as well as literary. Her characters are not “hillbillies” or “white trash” (to borrow from recent titles by J.D. Vance and Nancy Eisenberg) so much as white people of moderate means living in small towns in fly-over states. Her stories are too subtle, and too attuned to individual psychology, to have any sort of specific political agenda. Always Happy Hour is, in most ways, a book about romantic relationships. Still, whether intentionally or not, her stories yield important insights into communities that residents of the coasts often perceive as foreign.

Class difference—and particularly the challenges in overcoming class difference within personal relationships—is one of her new collection’s strongest themes. In “Instructions,” the female protagonist feels distance from her boyfriend because he has more—more wealth, more possessions, more worldly experience. “When you grow up poor, even if you do everything thereafter to be not-poor, there’s no way to shake it completely,” she thinks. “She likes to read about lottery winners, how desperately they go about losing everything so they can get back to the state at which they are familiar.” In “Uphill,” the dynamic is reversed: the narrator feels resentful because her boyfriend is poor. “I always know how much money he has because he empties his pockets out as soon as he gets home, balled-up ones and fives, sometimes a couple of twenties,” she writes. “I find myself getting angry about all of the things he doesn’t have and how he assumes I will provide them.”

Class difference divides intimate friendships, as well. In “First Class,” the narrator accompanies her wealthy friend on a most-expenses paid trip to Miami. “She gave me so much and so freely that I was a little annoyed when she didn’t give me everything I wanted,” the narrator admits. “That was another problem with rich people: the more they gave you, the more you felt you were owed.” And in “Where All of the Beautiful People Go,” the narrator imagines weaning her friend’s son, who she loves and suspects is being treated poorly, off “sugared cereal and Chef Boyardee and tak[ing] him to Whole Foods so he could see where all of the beautiful people go.”

As a rule, Miller’s characters do not shop at stores with the coastal cache of Whole Foods. Instead, they buy their groceries at Target and Walmart, eat their lunches at Waffle House and China Buffet 2, drink their cocktails in bars with names like Shenanigans. Even when they do have money, such as in “First Class” or the title story “Always Happy Hour,” they take pains to disguise their relative wealth. In “Always Happy Hour,” the narrator’s boyfriend buys “expensive shirts and then turns them inside out or cuts the labels off so he can pretend he doesn’t care about money.” In “First Class,” the narrator’s friend, Shelly, prefers Costco and Target to fancier stores, spending her days “going from one place to another to buy mass-produced items she [doesn’t] need.” The economic situations of Miller’s characters may range from poor to middle-class, but they live in more or less the same world: one unified by the brands they buy, the stores they shop in, the entertainment they consume, and the race they inhabit.

Despite living primarily in Mississippi, one of the blackest states in the nation, Miller’s characters are, almost without exception, white. This is less an authorial oversight than the reflection of a certain reality: these are white people she is writing about, communities largely, if unconsciously, defined by white identity. That they are not able to perceive the racial boundaries of their world does not make those boundaries any less stringent. In the story “Love Apples,” the narrator’s neighbor complains that, “The Mexicans are moving in.” “There must be a dozen on the green house in the corner,” the narrator politely agrees, before assuring the reader that she doesn’t truly care “if the Mexicans are moving in, or the blacks, or the polka-dotted people.” Of course, equating people of color with a category that is both inhuman and fantastical as proof of colorblindness is in line with the workings of white supremacy, and one isn’t surprised when she moves on to something else.

In another story, “The House on Main Street,” the narrator tells her roommate about how her brothers used to hunt raccoons as kids and give the meat away to black people. “She said that was racist, but it’s just the truth, that’s what they did, and I don’t really see how it’s racist,” the narrator says. She’s right that giving meat away is not, itself, racist, but the social conditions that would force black people to accept food rejected by whites is a distinction that neither character seems to recognize. In “Hamilton Pool,” the narrator’s boyfriend is a reformed ex-con whose back is a mural of now-altered white supremacist tattoos. “I wish you hadn’t gotten these tattoos,” the narrator says. “I wish I hadn’t gotten them either,” he replies. Neither of them say the more pertinent thing: that they wish that he hadn’t been racist.

That white supremacist attitudes prevail in small-town white communities is not particularly surprising. That white people living in those communities might wish to be removed from the supremacy of their social position is. In the story “Little Bear,” for example, an emotionally isolated white mother watches a black family set up for a birthday party in a public park. “There are so many of them,” she thinks. “There are balloons and hats and an older guy manning the grill and banners and children running about.” She reflects on her own family, which is scattered across the country; on her brother, whose family she has never met. She watches a girl “smile and pet the dog and then they’re all smiling and petting the dog. [She] wants to join them.” In “Big Bad Love” the story’s narrator is a white woman who works in a shelter for abused and abandoned children. Her favorite is Diamond, a young black girl who has serious behavioral problems. The narrator is patient, loving: “I bundle her in a towel and hold her like my mother used to hold me, when she called me her little papoose and rocked me before bed.” Diamond, in turn, “runs her hand up and down my arm like the black girls do sometimes, imagining what it feels like to have white skin. Nothing special, I tell them—hurts the same, bleeds.” In these stories and in others, one senses the characters yearning to escape not only their own personal situation but the condition of whiteness itself. “Whiteness is a moral choice,” James Baldwin wrote, meaning that people with pale skin have the ability to choose whether or not to reify the “system of reality” that produces white separatism and supremacy. That Miller’s women characters do not fully understand this choice would make their condition tragic if it were not also so destructive.

The social dynamics Miller depicts are not limited, either by geography or class, to the population she writes about, as much as coastal liberals would like to believe otherwise. These are American social dynamics she describes, as recognizable in Seattle, Washington, where I live, as in Texas or Tennessee. If there is a difference, it is one of degree, not of kind. After the 2016 election, coastal liberals rushed to books like Hillbilly Elegy and White Trash to explain the motivations of the people who threw the election to Trump. The narrative that emerged was class-based: poor white people, left behind by the global economy, had revolted against the reigning neoliberal order, voting for the candidate that promised them better wages and jobs. Certainly there is truth to this argument, if only it had been counterbalanced by the other part of the phrase: the whiteness at the heart of the “white working-class.” Race and class deserve equal attention in the story of what America has become.

In Miller’s work, one finds not disaffected Appalachian coalminers or embittered Oklahoman truck drivers so much as the same white Americans you find the country over: those who shop at Target and Starbucks, who watch Iron Man and The Office—and whose class experiences range from working- to middle-class. In Miller’s stories, we are confronted with the fact that the people who threw the election to Trump are not actually so foreign after all. In seeking out the other, we encounter ourselves.

Alex Gallo-Brown is a poet and prose writer living in Seattle, Washington. His essays have appeared in Los Angeles Review of Books, Vice, Salon, The Rumpus, The Nervous Breakdown, and elsewhere, and his poetry has been nominated for a Pushcart Prize. He is currently a writer-in-residence with Seattle Arts and Lectures' Writers in the Schools.
http://www.alexgallobrown.com/ 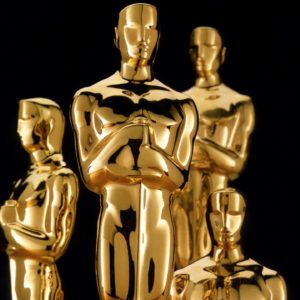 The 89th Academy Awards will air this Sunday, and this year, the show is likely to be a good—or at least an interesting—one. But...
© LitHub
Back to top