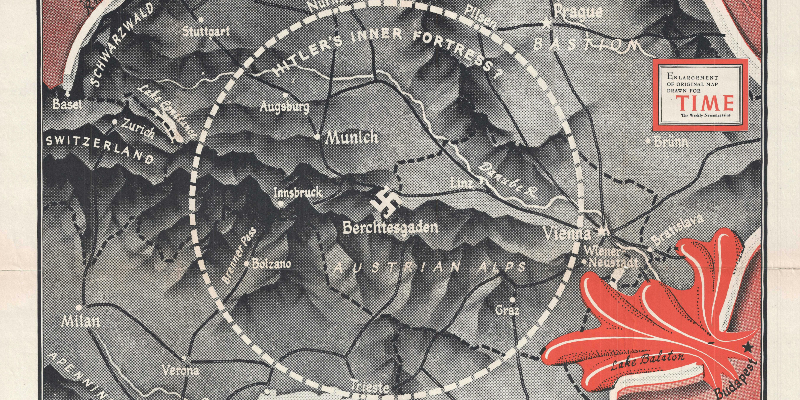 ‘How Many Years to Munich?’ Propaganda Maps of WWII

Writer and academic Jeremy Black joins James Holland and Al Murray in a wide-ranging discussion encompassing the propagandist use of maps and the challenges of flying over the Hump. Jeremy’s newest book, A History of the Second World War in 100 Maps, is available in November from University of Chicago Press.

What’s really interesting is to do that. But also through that—there’s also about 50,000 words of text—is writing about the mapping of the war and all those different levels. Going back to what we were talking about earlier, we were arguing, in effect, that the British and the Americans have been underrated. And I think that’s true because if you’re looking at the maps, for example, the British and the Americans are doing a formidable job. Now, you’re obviously very heavily interested in Europe, so you’ve got excellent maps. What the British call goings maps. It’s a British term; nobody else uses that precise term. It basically means what the terrain is like you’re going to be crossing. And the British are really good. They get really good at that.

But on top of that, the British and the Americans are having to map the world. The Germans don’t have to do that. The Japanese don’t have to do that. But British units, for example, by 1940, are fighting also on the Kenya-Ethiopia border. They’re fighting in British Somaliland, they’re fighting in Sudan, they’re fighting in North Africa, and et cetera, et cetera. It goes on. By 1941, you’re thinking about where do we get reliable maps for Persia from, for Iran from? Can we use the old ones of the 19th century? What new stuff do we have to put on them? And the the actual job there is enormous.

You’ve got to make the maps interoperable. In other words, if you’re giving a map of Italy and it’s a British-made map, it’s got to work for Polish units in the British army who might have different perceptions of cartography. It’s got to work for your American allies. You’ve got to be able to produce maps also that make sense for somebody flying at great speed above you who’s also shit scared of some Messerschmidt on their tail. It’s really very, very impressive, this multilayered map dimension.

It’s really interesting, the mapmaking that’s done, and then the pressures that are put on it so that the speed of operations increases. That’s an enormous pressure. The ranging is increasing. Obviously, people knew they were going to be strategic bombing; nobody actually knew how far you were going to go. People have during the war a dividing idea of drop tanks for fighter escorts, for example. That people are during the war having to work out, how do you coordinate radar information and movable radars, not just stationary radar stations? How do you coordinate that with being in an aircraft as everything is happening around you? There’s a lot of pressures on.

And then as I said, the propaganda mapping is fascinating. That’s a different level, but it’s where you get your images from, how you decide to present them, and what kind of message you’re trying to get across. James has written on the Italy campaign. The Germans, for example, drop maps on the allies, written in different languages for different allied units. The standard image of Italy is a long peninsula, and the allies are portrayed as snails. It says, “How many years to Munich?” You know, this sort of thing.

It’s very interesting, because what they’re trying to do is engage with a different level of propaganda. Obviously, propaganda for your own public is one thing. Propaganda trying to affect the opponent—again, by ’44, the Germans are dropping propaganda on England saying, we’re killing you with our V1s and none of our people are being killed. You’re killing us with your Lancasters, and you’re losing this many men. This propaganda mapping is really very, very interesting. They put lines to show how far—they exaggerate—but how far their missiles can go.

A History of the Second World War in 100 MapsAl MurrayJames HollandJeremy BlackLit Hub RadiopodcastsWe Have Ways of Making You TalkWWII
Share: 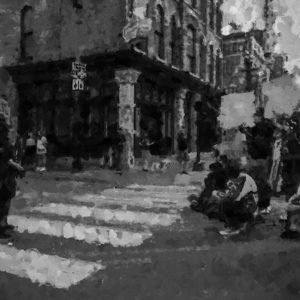 Our bodies, our scars—psychic, emotional, physical—are evidence of a sickness that has been with us since before this...
© LitHub
Back to top