Robyn Harding on Rediscovering the Pleasure of Telling, Not Showing

In 2015, a movie I wrote premiered at the Toronto International Film Festival. It was the culmination of a lot of hard work by many people, the terminus on the long and arduous road that is independent film. My husband, my daughter, my mom, and I flew to Toronto to attend the screening. There were pre-parties and post-parties, new outfits and red carpets. The audience laughed and cheered and teared up at the right moments. Afterward, we celebrated until 4:30 am. (Having just flown in from the West Coast, it was only 1:30 am to us, but still…) It was one of the most glamorous nights of my life, far exceeding the dreams I’d had as a little girl growing up in a small Canadian town, where I assumed I would become a bank teller. And yet, having a film produced sent me scurrying back to the warm, comfortable embrace of my first love: writing novels.

My writing career began in 2004 with the publication of The Journal of Mortifying Moments. As you may glean from the title (without even seeing the pink and white cover), it was a work of humorous women’s fiction, AKA chick lit. I followed it up with several more books in the same lighthearted vein. I wasn’t really bothered by the literary snobbery that surrounded the genre. Sure, it smarted a little when I was routinely excluded from my city’s local writers’ festival in favor of more literary authors. I inwardly flinched when people introduced me as an author… of chick lit, as though the qualifier were somehow necessary. And I’ll admit to feeling personally insulted by Elizabeth Merrick’s anthology, This Is Not Chick Lit, a celebration of serious women’s fiction. But mostly, I was just grateful I was being paid to write.

I’m not sure when the humorous women’s fiction wave crashed, but eventually, the market became saturated with fun, flirty stories, and we were onto the next publishing trend. But I didn’t want to write about sexy vampires. I wanted to write comedy! I loved sitting at my computer, chuckling at my own jokes as I took my characters from one hilarious misadventure to the next. But I also wanted to publish what I wrote. And get paid for it. To do that, I was going to have to reinvent myself as a writer.

Instead of changing my writing style, I realized I could change my medium. While the market for humorous women’s fiction had shriveled, there was still demand for comedic screenplays. A friend of mine had sold a couple of spec scripts that were made into big budget comedies. She made buckets of money and was always rubbing elbows with celebrities: Steve Carrell, Sandra Bullock, Bradley Cooper… I was game to rub elbows (or any body part, really) with Bradley Cooper. I was also game to make buckets of money. And no one looked down on women writing comedy for the screen. In fact, they were lauded for breaking into the boys’ club, for demonstrating that women could be funny. They were pursued by studios, given their own TV shows, featured in entertainment magazines. I was in!

It was fun to learn a new craft. I loved the immediacy of the screenplay format, how quickly one could dive into the action without getting bogged down with descriptions of characters and setting. I had always considered writing dialogue a strength of mine, so it seemed a good fit. With the help of my screenwriter friend, I secured a manager, who in turn, got me an agent. I was well positioned to sell the next great female-driven comedy.

I wrote approximately 98,000 feature scripts and 76,000 television pilots (for free), before I sold one. The film—The Steps—a comedy-drama about a brother and sister meeting their father’s new wife and her three sons for the first time, would be made through the Canadian system. This meant the government would invest in the project in an effort to promote “uniquely Canadian stories” and support Canadian writers, directors, actors, and crews. It also meant I would not make buckets of money. Still, I was excited.

The first step on this journey was to work with a story editor. As a novelist, this process was familiar, not unlike working with a book editor. My story editor was an experienced, smart, passionate screenwriter who really wanted to make the script the best it could be. He lived in my neighborhood and we met for coffee many times, diving deep into my characters, the set pieces, and the theme. I wrote and rewrote until we were both happy with the script. We presented it to the director and producer.

They had a slightly different vision for the film. More meetings were held. More drafts were written. Funding applications were filled out and investors were pursued. The funding bodies and investors were given the script. They provided notes. I rewrote it again. A distributor was secured dependent on cast. I rewrote key roles to ensure we could attract the right caliber of talent. Once we were cast, the actors had notes, so I rewrote again. Finally, fully cast and financed, we were ready to shoot. But the whole process had taken so long that the summer film I had written would now be shot in winter. In Northern Ontario (to access more funding). In sub-zero temperatures. I rewrote it again. (Many of the outdoor scenes now took place in a hot tub.)

The director invited me to the set. This is not the norm for writers, and I appreciated being included. I made the trek to Parry Sound, Ontario, thrilled to be part of the process. I soon learned that the biggest challenge for a writer, on set, is finding a place to stand where you are not in the way. (For a taste of the experience, watch Charlie Kaufman’s Adaptation.) There wasn’t really a role for me there, though the actors valued my presence. On weekends, they would rehearse scenes and, sometimes, I’d rewrite them. The method actors on set wanted to delve into their characters. “What was my relationship with my mother like?” Others were a little more self-serving. “Love your script, Robyn, but I’ve rewritten all my lines in the pot-smoking scene and they work a lot better now. What do you think?”

Screenwriting taught me a lot—about story, and structure, and showing not telling a story. It also taught me a lot about myself (namely, that I am not suited to 5 am call times or standing outside in frigid temperatures watching the same scene over and over again). Through the making of the film, I met amazing, talented, passionate people. I attended film festivals in Toronto, Whistler, and Miami. Having a film produced was a fabulous adventure that offered me an unprecedented taste of glamour. But when I sat down to write my next project, it was a novel.

It wasn’t a humorous story this time. It wasn’t even on trend (we were in the Gone Girl, Girl on the Train era by now). It was an idea that had percolated for years, a domestic drama about a family coming apart after a terrible accident at their daughter’s sweet sixteen birthday party. It was a story I was finally ready to tell.

In writing the book, I fell in love with language again. It was a joy to craft complete sentences. Oh, similes, how I missed thee! I savored the ability to be inside my characters’ heads and articulate what they were thinking, to add details and back stories that weren’t cut as exposition. The freedom to play with structure was liberating. Yes, it sometimes felt laborious after the brevity of screenplays, but it was also kind of awesome. When I sold the manuscript, I had a new appreciation for the relationship between author and editor. I was assigned an intelligent, savvy, educated woman whose only agenda was to make my book better. She offered me her insights, made wise suggestions, but every decision, every word, was my own.

Will I write another screenplay? Absolutely. And I’m sure I will enjoy the process. If I ever get another film made, I will be over the moon. But I will always come back to writing books. It is the best fit for my introverted personality. And sometimes, you don’t get over your first love.

Where Are the Great Italian Women Writers? 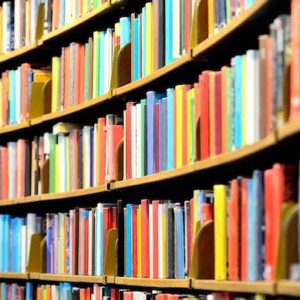 Where Are the Great Italian Women Writers?

Long before arriving this month at the Salone del Libro, an annual book fair in Turin that’s Italy’s largest, I was asking...
© LitHub
Back to top