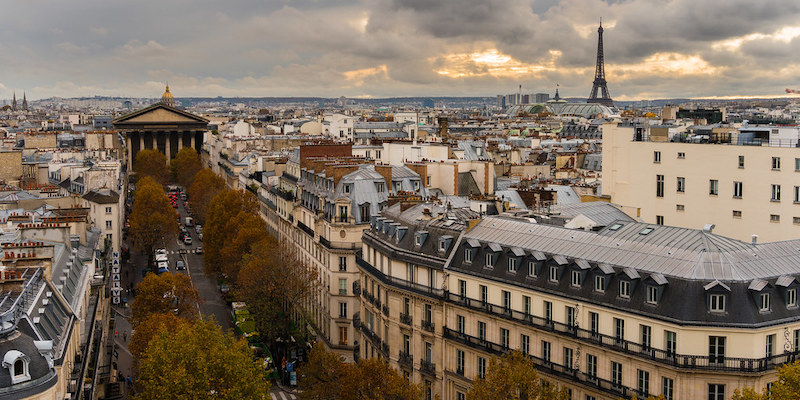 Amanda Bestor-Siegal on Her Year in Paris

On the precipice of my first novel coming out, I’ve been thinking about perfection. “It doesn’t have to be perfect, just complete,” a writer friend used to say, whenever I moaned that I’d never finish the book. I kept those words on a whiteboard, looming above my desk, because I knew they were true even as I wished to fight them with every word. Watch me be perfect, I’d think, knowing I couldn’t be. Watch this book be perfect, even though language never is.

For most of my life, I didn’t worry about writing perfectly. I was an only child in a turbulent family, and writing was my refuge. It provided an escape from the chaos of home, allowed me to live in other houses, other families. I wasn’t writing for anyone but myself, so who cared if it was messy?

I used to balk at the cliché of the before-and-after, the idea that a singular event could upend a person, a life. I now believe that the only people who balk at this concept are those it hasn’t happened to. My own version of such a hinge moment: when I was 21, my mother died, and along with every other relationship in my life, my relationship to writing transformed. Writing was no longer messy, imperfect. I couldn’t afford it to be. Writing became the only method I had to preserve my mother, and I made lists, wrote essays, tried to keep her alive through words. She had no other children, no lovers and few friends. I processed her death alone, fought to remember her alone. Writing, my refuge, became reduced to a memory device.

It turned out I was already used to living in this gap, stuck in that silence between thoughts and words.

It’s an impossible ask, for writing to keep someone alive. But I wasn’t above impossible asks. I would have done anything. And as I failed repeatedly to capture my mother, to perfectly render her in all her complication and contradictions, I grew afraid that my attempts to remember her this way would backfire. I worried that as my memories faded, these written approximations would become more real to me than she was. Writing imperfectly became dangerous. Fiction stopped making sense. Stories were meant to make the imaginary real, bring people to life, but no story could bring back the only person I wanted.

So I stopped writing. I was 24. It was during this period of not-writing that I quit all my jobs, left my friends, and moved to France. My parents had a history with Paris, I spoke functional French, but other than the choice of location this move was mostly impulsive. A final, desperate attempt to escape something I couldn’t voice aloud. I got a job as an au pair for a French family, moved into their apartment in the Parisian suburbs, stopped speaking English unless it was forced on me. I had no clue how long I’d stay in France or why I’d really gone there.

I walked children home from school, changed diapers, tutored, then spent my small au pair salary on the overnight bus to Germany, Italy, Hungary, Spain, because I still needed to escape the place I’d escaped to; I could never get far enough away. I continued to not write. It’s the strange fact of my now-novel, which centers on a community of au pairs: I didn’t write a word of it while I was living it. Not one journal entry; not even a list of details to remember later. I didn’t believe in writing as a memory device anymore, after all. In some ways I’d stopped believing in language entirely.

My mother died the day before my senior year of college began, and from the moment I returned to school, I didn’t speak about it. I survived that year only because working kept me occupied, and because in some vengeful way I refused to fail out of school for my dead mother. This approach worked, but once I managed to graduate, my only directive was gone. Even moving to New York after graduation, something I’d dreamt of doing my whole life, was not a decision I made so much as something I sleepwalked into, not out of desire but out of fear of disappointing some previous, healthier version of me.

Everyone I met, French or foreign: we were all struggling to communicate.

It turned out that while I was busy burying myself in homework, my brain had quietly rewired itself, and over time I stopped recognizing how it moved. I’d become disproportionately enraged if someone flaked on plans, convinced one of us would die and we’d never see each other again. I’d skip work to be with friends, because what was the point of life if not to spend as much time as possible with them before they were taken away? I’d say I was sick, had food poisoning, had water pouring through the ceiling of my apartment. Anything to have more time. I never felt guilty about lying, because honesty never felt like an option. None of my friends had lost someone. I had no words for what I was going through. I felt like the lone survivor of a shipwreck no one else had experienced, and I was afraid of infecting other people with my newfound darkness. I continued to hide it even as I longed for someone to see it, save me from it. In my emotionally feral state, I believed that people who loved me might be able to read my mind, hear the pain that had no sound. Moving to France was the closest I came to speaking about it. Moving was an escape, but it was also an attempt to communicate.

Living in another language means living in a gap. A gap between thoughts and words, between what we want to say and what we’re capable of expressing. That first year in France, I spent very little time speaking English, which meant that I spent very little time feeling like myself. I fumbled through French, learned early on that understanding and speaking were not the same skill. There were times I understood everything being said to me, but I lacked the words to respond.

Other times I did have the words, but I lacked the confidence to say them. I was so afraid of making mistakes. My host children might show me a drawing they’d made, or tell me a story, and I’d say “Wow” out of fear, even though I longed to say more. It was a stage of language acquisition I hadn’t known existed: that I could speak enough French to function, to get the children into the bath and stop them from running into the street, but that I wasn’t fluent enough to joke, be sarcastic, or feel like me.

What surprised me most wasn’t how difficult this was. I was surprised because it was familiar. It turned out I was already used to living in this gap, stuck in that silence between thoughts and words. Grief had already taken my ability to speak, to write, to be me, and it was a language I’d had to learn alone; I hadn’t had someone to practice with me.

But this was the difference. In France, I wasn’t alone. Everyone I met, French or foreign: we were all struggling to communicate. Whatever country we were from, whatever our native language: reaching out to one another meant learning how to stumble, to be comfortable in the failure of language. Over the next four years I lived in French, I learned that fluency was not about being perfect, having a flawless accent, never making mistakes. It was about being able to connect with people anyway, to speak French as myself. To joke, to analyze emotions, to love. Living in another language was a process of re-becoming me. 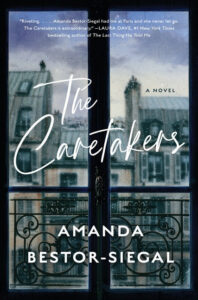 The Caretakers by Amanda Bestor-Siegal is available via William Morrow.

Amanda Bestor-Siegal received her M.F.A. from the Michener Center for Writers, University of Texas, specializing in fiction and screenwriting. Her nonfiction work has been published in The Threepenny Review, River Teeth, and Salon. Amanda lived in France for four years before relocating to Austin, Texas. This is her first novel. 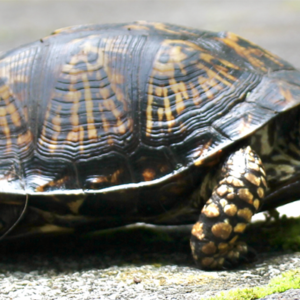