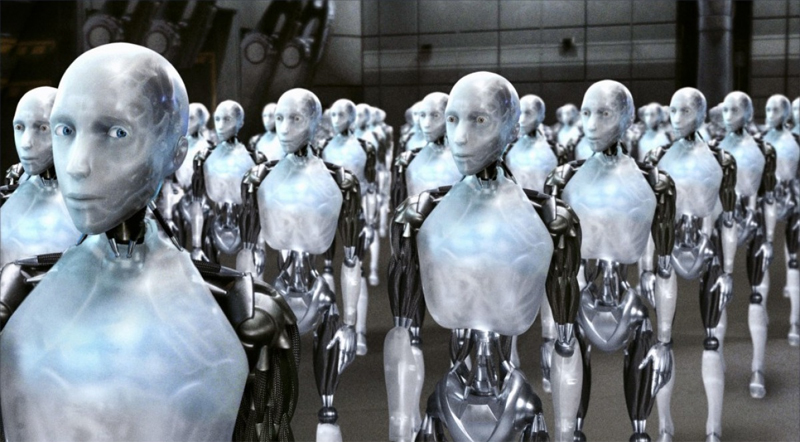 Abi Inman Considers the Writing That May Outlive Us

During my commute the other day, I ended up on a dark subway car. The train still had power—the air conditioning was on, the announcements were coming through—but all the lights were dead. I live near an above-ground stop, so at first there was morning sunshine coming in through the windows. But when the train went underground, we were plunged into complete darkness. I found myself suddenly in a sea of floating, ghostly faces, illuminated by the glow of smartphones. It was beautiful, in a vaguely dystopian way. It looked like a human version of Yayoi Kusama’s Infinity Mirrored Room. It looked like the end of a Twilight Zone episode where the robots had won.

The internet was originally built to withstand nuclear war. It’s decentralized, so even if part of its physical workings were destroyed, there are many other parts remaining, some run by wind or solar power, some in high-security bunkers. It’s not crazy to speculate that, in the case of an apocalypse, the internet might be one of the last standing traces of human technology. Sometimes I think it would be kind of funny if the last evidence of humanity was a Twitter bot, still tweeting into the void.

The first time I was contacted by a Twitter bot was a couple years ago, after Margaret Atwood replied to a tweet I’d tagged her in. Being @-ed by a user as high profile as Atwood must have put me on some whitelist for spambots; over the next few months I received tweets that ranged from exclamations with no context (“I aint got time for it tonight!”) to punctuational gibberish (“ˆ¯ „„ „ˆ ‚   · ˆ„  ¯‚ … …„ˆ ¨ „ „…… ¨´”). Some had snippets from tweets that other users—actual humans—had tagged me in. Some were accompanied by images, from a picture of the Kansas State Wildcats mascot to a Samsung ad. One read “MdQKqPlCLM to keep the federal government” and was illustrated by a photo of Jake Gyllenhal walking up a spiral staircase. The common factor uniting them was that each tweet came from an account that looked like a postmodern literary experiment gone wrong.

They were hilarious to me in the same way CAPTCHA combinations are often hilarious; that is, by accident. The unselfconsciousness is what made it funny, like a penis-shaped mushroom or a puppy fart.

But the tweets were also fascinating. With algorithms that drew text and photos from other accounts, they’d become a smorgasbord of cultural artifacts. One bot had created a collage from photos of Taylor Swift’s perfume, the latest iPhone model, and a selfie. They repurposed song lyrics, inspirational quotes, passages from novels, and pleas for more followers. They were like fun house mirrors, reflecting our words and photos twisted out of context, without human reason to familiarize them.

But not all robots just regurgitate nonsense—some write poetry.

inscribed
in the
lines on the
ceiling

inscribed in
the depths
of
the
storm”

That was written by Janus Node, a “poetic program,” and it’s certainly better than any of the poems I wrote in high school. Janus tweets too. Her pinned tweet, fittingly, is a quote from Nietzsche’s Human, All Too Human that reads: “One can almost say that wherever there is happiness there is joy in nonsense.” I sent an email to the contact info I found on Janus Node’s website asking for more information about how she worked. Within an hour, I received a reply from Janus’s creator, Chris Westbury, a neuropsychologist and author. He explained that Janus (formerly known as “McPoet”) starts a poem with a sentence template and uses word list groups to fill them in. It sounds simple enough, but things can get complicated quickly. The rules that Janus uses to fill in the template call on other rules, which call on more rules, and so on and so forth. This method is called “rule-based computation,” and can lead to some pretty complex writing.

It’s also useful for more than poetry. When an earthquake hit Los Angeles in March of 2014, the LA Times was the first to report on it, just minutes after it happened. While human journalists were still re-shelving their fallen knickknacks, the algorithm “QuakeBot” was pulling data on the quake from the U.S. Geological Survey and plugging it into a template, ready to be published. Narrative Science has built an entire company around this idea, creating programs that “transform data into meaningful and insightful narratives people can simply read.” (How much do you want to bet a robot wrote their marketing copy?) In 2011, the New York Times wrote a profile on Narrative Science, titled “In Case You Wondered, a Real Human Wrote This Column.” One of the company’s founders, Kris Hammond, explained how the software writes articles that go beyond a plug and chug template, in this case, for articles about sports:

“The software learns concepts for articles like ‘individual effort,’ ‘team effort,’ ‘come from behind,’ ‘back and forth’… Then the software decides what element is most important for that game, and it becomes the lead of the article… The data also determines vocabulary selection. A lopsided score may well be termed a ‘rout’ rather than a ‘win.’”

In the same article Hammond playfully predicted that within five years a computer program would win a Pulitzer Prize. Spoiler alert: that didn’t happen. But according to certain metrics, robot journalists have outscored their human counterparts. In 2014, a researcher in Sweden had a group of test subjects read one article written by a robot, and one written by a journalist. They were asked to rate the two articles on different qualifications. While the human-written article was labeled as better written and more “pleasant to read,” the robot-written article was rated more objective and informative.

In The Uses of Literature, Italo Calvino examines the process of writing and explores the role of robots in literature. He brings up the concept of information theory, or how many organic and seemingly unquantifiable things can be boiled down (or built up) to an algorithm. Calvino points out that “electronic brains, even if they are still far from producing all the functions of the human brain, are nonetheless capable of providing us with a convincing theoretical model for the most complex processes of our memory, our mental associations, our imagination, our conscience.” And this was in 1967. Artificial intelligence and natural language processing have taken huge strides since then, and Moore’s law would predict this will only accelerate.

As long as we’ve been imagining robots we’ve been imagining the ways they could turn on us, from violent scenarios like the rebellion in I, Robot, to Charlie and the Chocolate Factory, when Mr. Bucket loses his job at the toothpaste factory to a robot that can screw the caps on faster. For now, unless your writing skills only amount to the literary equivalent of screwing caps onto toothpaste tubes, you’re probably going to be okay—but it’s a natural fear.

Margaret Atwood, whose tweet started all this, wrote a piece for the New York Times called “Are Humans Necessary?” The article was Atwood’s reaction to the news that the European Union had launched the world’s largest civilian robotics program. She discussed the history of robots in the public imagination, and which new developments in the field of robotics she found most fascinating. Atwood ended on the need to find a sustainable power source that could fuel all these machines. Otherwise, she predicted, the human race could simply disappear amid a “chorus of battery-powered robotic voices that continues long after our own voices have fallen silent.”

Working in publishing, I think a lot about what we leave behind and what outlives us. We all want to create monuments to ourselves, a testament to the parts of us that think and feel. That’s what books are: a way to ward off death. In a universe slowly sinking into entropy, writing can take the disordered pieces of our experience and fit their edges together into something organized. If the work of a writer is to tease out meaning from the tangled mess of life, many of these algorithms essentially do the opposite, taking meaningful human posts or experiences and reducing them to their barest reportable facts.

And yet, there’s something compelling about imagining a world devoid of humans, where all the algorithms and programs and robots we’ve set in motion keep ticking until the sun envelops the earth. Our mailboxes slowly filling with recurring event alerts, and reminders, and scheduled spam. Corporate accounts posting sales and celebrating anniversaries on social media until their Hootsuite queues are finally empty. Twitter bots tweeting, occasionally triggering other bots, a whole new Twittersphere of algorithms talking to each other.

Some current or aspiring writers and journalists understandably imagine a different scenario, one in which the robots “take over” while we’re still here. Perhaps nothing as obvious as an Asimov story, but a more gentle mutiny. I don’t know what it would look like: Robots as the tastemakers of the world, writing our poetry and articles and books? Robots driving our cars and keeping our calendars and parsing all of our personal information, with complete control over our digital identity? Or just dark metal boxes full of humans, deep underground and rocking with motion, completely absorbed by the soft light of their screens?

Abi Inman works at Penguin Random House on the Viking and Riverhead Marketing team. Her previous writing has appeared in The Toast, The Airship, Bushwick Daily, and other publications. When she's not reading books she's stacking them into poetry on the Instagram @SpineSideOut. She can be found tweeting about books and robots at @abiinman.

The Grumpy Librarian: If Your Living Room is Carpeted in Thorns... 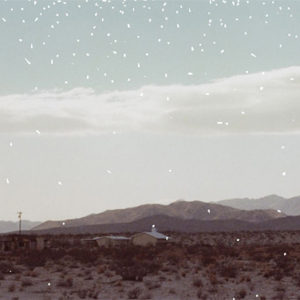 The Grumpy Librarian: If Your Living Room is Carpeted in Thorns...

Caitlin Goodman, aka, The Grumpy Librarian, is here to help. The rules are simple: if you’re looking for what book to read...
© LitHub
Back to top