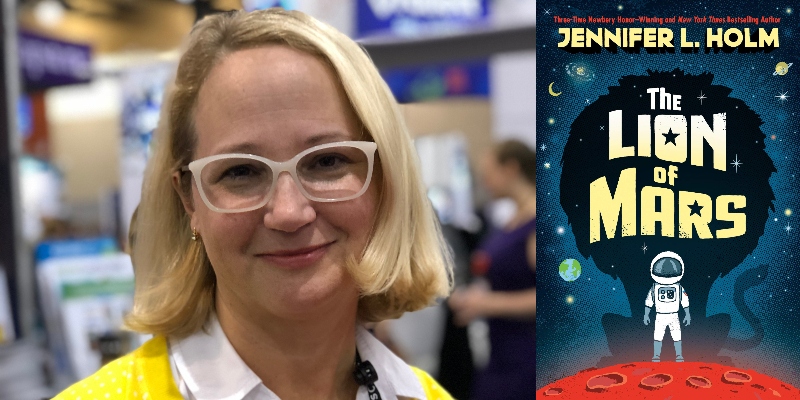 In this episode, Marcy and Jennie talk to Jennifer L. Holm, Newbery Award-winning author of Our Only May Amelia, Penny from Heaven, and Turtle in Paradise.

Marcy Cornell: I only recently read The Lion of Mars and completely devoured it in like one bite. It seems like all of your books are if not based on then inspired by your family. Even your comics, because you grew up with brothers who read comics, and The Fourteenth Goldfish, how your dad did experiments at home. I feel like The Lion of Mars is interesting because it’s in the future, but it feels like you write this sort of historical semi-fiction, and this feels like whatever the future version of that would be called.

Jennifer L. Holm: Yes, it is. It was actually inspired by the past in the sense that it was inspired by my dad’s family again. His family, like my mom’s family, a lot of immigrants, came over in the 1800s to America. His his family came from farther. They came from Finland to the West Coast, to Washington, in the 1880s I want to say, and they never returned home. So they might as well have gone to Mars, because they never saw anybody from their family that they left behind again. They never saw their country again. They never saw the city that they grew up in again. They went to a completely strange new world where nobody spoke their language. And let me tell you, there were not that many Finns in the United States. It was a pretty small group of immigrants from Finland who came over, and they only settled in a few places.

So it was very hard and lonely. And what was interesting about hearing about the Finnish immigrants as opposed to the Italian immigrants—my Italian immigrants came over more in the 1910s and settled in New Jersey in a house right where there were cars and everything was normal. When the Finns came, they were just in the middle of the woods. And one of the famous stories in this little town where they all lived was that one of the settlers had lived in a big, hollowed-out tree, because it took them a while for them get up their little house. So every single thing they had to do, they had to figure out themselves. There were of course cities then, like Seattle, but it was days away.

So I figured going to another planet was going to be the same thing. My ancestors would have to have been able to fix things. My dad was almost the last of his generation to grow up on a working farm, and he could fix anything because he was used to fixing every single thing on the farm. But today a lot of people will just call the handyman. Things are a lot easier than they used to be. So I figured people going to Mars, you’re going to have to have all those skills to fix things, because you’re not going to be able to call a plumber if your toilet is blocked on Mars.

Jennifer L. Holm is a New York Times-bestselling children’s author and the recipient of three Newbery Honors for her novels Our Only May Amelia, Penny from Heaven, and Turtle in Paradise. Jennifer collaborates with her brother, Matthew Holm, on several graphic novel series including the the Eisner Award-winning Babymouse series, the bestselling Sunny series, and the Squish series which is now a streaming show on HBO MAX. Her new novel is The Lion of Mars. She lives in California with her husband, two children, and two bossy cats names Augustus and Livvie (after the Roman Emperor and Empress.)

Filthy, Smelly, Sleep, Repeat: On the Challenges of Fighting Inside a Tank 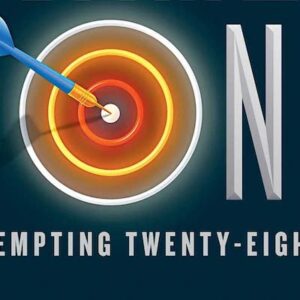