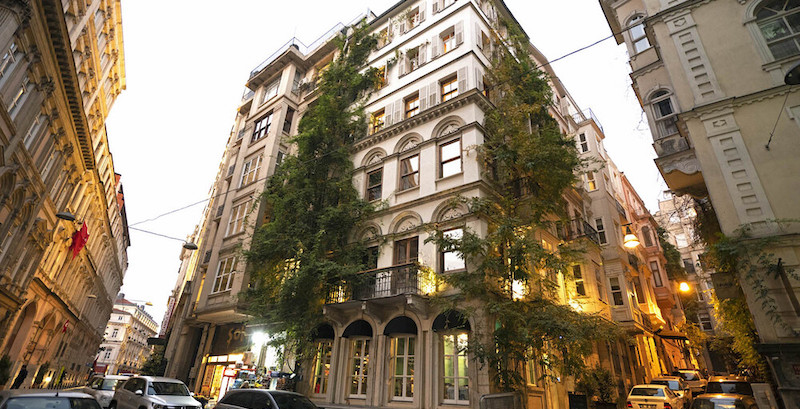 Speaking at a campaign rally in 2018, Turkey’s president Recep Tayyip Erdogan proposed reintroducing traditional reading houses, or Kiraathanes, throughout the country. In the Ottoman Empire, Kiraathanes were places where people met to drink coffee, smoke, play cards, and talk. If someone had a newspaper or a book of poetry, they might read aloud to those gathered. Erdogan’s Kiraathanes would be full of books and offer free drinks in a bid to ignite passion for reading and discussion among Turkey’s youth.

A good idea in principle, the irony of the campaign pledge rang clear. Since a failed coup attempt in 2016, more than 100,000 people deemed opponents of the government have been imprisoned. Anyone critical of Erdogan or his AKP party still risks arrest today. The idea of a state-sanctioned public space fostering free expression was seen by many as laughable.

Shortly after Erdogan’s pledge, Istanbul’s first independent literature house and free word center opened its doors; its founders chose to name the project “Kiraathane.” There was immediate pressure to change the name from those who thought it seemed too similar to Erdogan’s plans. “We resisted,” Yasemin Congar, Kiraathane’s founding director, said. “We wanted to show how the house represents a different idea of this land’s very diverse culture.”

Inspired by the literature houses popular in European cities such as Oslo, Berlin, and Budapest, Kiraathane has become an important public space for readers to meet and socialize, with thousands of visitors each year. Set across the five floors of an elegant 19th-century townhouse covered with wisteria, Kiraathane has no hall for large audiences; the interior—a series of rooms with traditional exposed wooden beams and floors, simple whitewashed walls and balconies that look out over the street—privileges a feeling of intimacy among visitors.

Something that strikes Congar as particularly local in character is the organization’s lack of internal bureaucracy. “We work spontaneously and are not perfectionists at all. We can come up with an idea, develop it and put it in practice within a week or so,” she said. Apart from a handful of workshops, all talks, exhibitions, readings, and other events are free to attend for the local community. At the same time, Kiraathane serves as an interface for the city with the global world of literature, hosting a writers-in-residence program that most recently featured Hisham Matar, Azareen van der Vliet Oloomi and Valeria Luiselli. Most important, like the Kiraathanes of old, it acts as a community center, a place where any and all are welcome.

In the Ottoman Empire, Kiraathanes were places where people met to drink coffee, smoke, play cards, and talk.

As the controversy over its name suggests, Istanbul’s literature house—sitting in Istanbul’s Pera district, a historic home to the city’s Armenian and other non-Muslim minorities—addresses a deep split in contemporary Turkish culture. In the public sphere, Turkey is experiencing a rise in nationalism and cultural conservatism fostered by Erdogan, who is in his own way a compelling storyteller, at least to his followers. His speeches often draw slogans from Turkey’s martial history: One recent, sinister example described opponents as “leftovers of the sword,” a reference to the Christians who escaped the Ottoman massacres in the early 20th century—attacks culminating in the Armenian genocide that killed 1.5 million people.

Kiraathane’s most recent event series tackled the question of nationalism head-on. Its title, “How happy it is to call oneself an equal,” refers to a famous Turkish motto: “How happy it is to call oneself a Turk.” It featured the first exhibition of Kurdish artist Zehra Dogan since her release from prison; she was detained in 2016 for her work as a journalist and for painting a town destroyed by the Turkish military in the majority-Kurdish southeast. Dogan’s painting was published by online feminist Kurdish news site JINHA and the authorities claimed the painting was evidence that Dogan was part of the Kurdistan Workers’ Party, which is labelled a terrorist entity by the government.

She created the works in the exhibition during her detention, smuggling them out at the end of her sentence as dirty laundry. Using the limited materials on hand—coffee, cigarette ash, bleach, menstrual blood—and her clothing as a canvas, Dogan’s works embody the potential for expression to find new forms no matter the circumstances. “What the authorities forget is that every repressive act produces its own resistance,” she wrote in the UK newspaper The Independent.

In this environment, literature, and by extension all forms of creative expression, are important tools for resisting censorship and self-censorship. “It is our belief that literature teaches you that there are an endless number of ways of saying something,” Congar said. “With the writers we invite for talks, or the works we exhibit in our gallery, or the books we talk about, in all of them I see the richness of different ways of telling stories, but also how we overcome obstacles to tell our own stories.”

For many marginalized, groups these obstacles feel increasingly forbidding. Aykan Safoğlu, a visual artist based in Berlin, left Istanbul for Germany in 2008. In the early 2000s, he was part of the city’s growing queer community. “Istanbul had just celebrated its first Pride in the public sphere in 2003. It was a time of hope,” he said.

Istanbul’s literature house—sitting in Istanbul’s Pera district, a historic home to the city’s Armenian and other non-Muslim minorities—addresses a deep split in contemporary Turkish culture.

With the organization Lambdaistanbul, he helped create one of a number of new queer community centers in the city. “We rented a rundown flat and made it a place where we could feel at home,” Safoğlu said. “We had events, but it was also a place to gather without monetary exchange or where some transgender friends could put on makeup and change their clothes to dissolve into public life.” When Safoğlu returned to Istanbul from Germany for a residency in 2019, he found the city had changed. “As soon as I arrived, I noticed those places had vanished. It was a burning revelation,” he said.

For Safoğlu, Kiraathane has helped fill this void. After attending a talk by the Kurdish artist and poet Şener Özmen, he felt surprise and relief. “The audience was full of critical voices who were almost all young souls. I was extremely touched.” Aykan went on to organize a screening of Paris is Burning at Kiraathane, which he had first shown in the city in 2007 alongside Dutch artist Bas van Beek. “I noticed that the younger generations did not know about Istanbul’s earlier queer history, even though it was so recent. There’s nothing written. It’s an oral history. Without the opportunity to come together these things are forgotten so fast,” he said.

With the outbreak of COVID-19, coming together has, at times, become impossible. For an organization based around people meeting in a physical space, this latest challenge could have dealt a bitter blow. But Kiraathane has adapted. All events have been made available on Zoom and YouTube, and they even organized a virtual independent book fair.

On a Saturday evening in late December, I sat down to watch a talk by Valeria Luiselli. Speaking from her New York apartment to an audience in Istanbul and across the world, the Mexican novelist was asking the question, “When does fiction breathe?” She discussed the challenges and opportunities of tackling difficult political realities in fiction—in this case, the plight of unaccompanied migrant children at the US-Mexican border, the subject of her latest novel Lost Children Archive. Luiselli concluded that, more than anything, her novel was about “threading voices and ideas together in an attempt to better understand the world around us.” She could just as easily have been talking about the lively Q&A which followed. Stretching into the night, it was a sign that, against the odds, Kiraathane’s community is alive and well.

Jan-Peter Westad is a writer based in London.

On the Many Meanings of
Black Diaspora 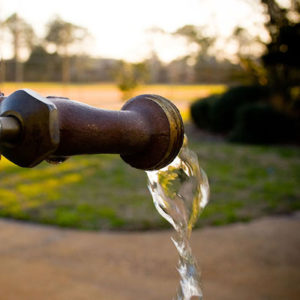 Recently, I listened to a conversation between New Yorker editor David Remnick and Dr. Atul Gawande, a surgeon, MacArthur...
© LitHub
Back to top