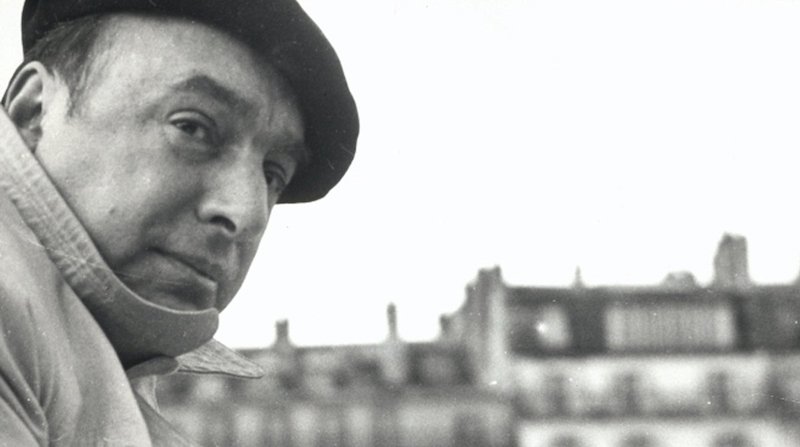 On Translating His Recent Collection of Never-Before-Seen Poems

This essay also appears in Issue 98 of Brick.

It’s true, I’ve been caught in print several times saying, “The last thing we need is another Neruda translation.” It’s not that I don’t love Neruda, but given the attention he’s justly received—he’s the only Nobel Prize winner in literature many people can name—I’ve wanted to champion terrific lesser-known and more contemporary Latin American writers in translation. After all, a lot has happened since Neruda. For starters, Nicanor Parra, Raúl Zurita, Héctor Viel Temperley, Idea Vilariño, Alejandra Pizarnik, Antonio Cisneros, Coral Bracho, and now a new generation of hotshots.

So when I read, in late 2014, that never-before-seen poems by Pablo Neruda had been discovered and would be published in early 2015, I shrugged it off. I assumed that someone was squeezing the last purple juices from the Neruda estate. Surely the new poems were drafts, scraps, notes that Neruda hid away and never intended to publish. But then came the reviews in Spain and Latin America—and they were surprisingly, alarmingly, enthusiastic.

Meanwhile, the English-language rights were up for grabs. I didn’t find out about any of this until the editor of Copper Canyon Press, Michael Wiegers, called me. He knows me because I’ve published three books of translation with the press. Wiegers explained over the phone that the Copper Canyon board had championed a publication plan devised by the staff, citing the press’s long commitment to keeping Neruda’s titles in print. In short, Copper Canyon had won the contract. Wiegers said they were considering several translators for the task of rendering the English versions. Did I want to throw in my hat and try out a few poems?

I considered what I’d need to give up to focus on a job like this. What do I ever give up to take on a translation project? My own writing goes on hold, but when, eventually, I come back to it, I bring to it something new—a feral vocabulary I’ve adopted from the translation, a fresh set of syntactical and rhythmical strategies, the image repertoire of someone else’s imagination. I always come back from translation changed.

In the beyond of the literary world, my mother was dying of Alzheimer’s, and I was flying to Virginia every three weeks to spend time with her. My sister and I were in charge of all the stuff we had no idea how to manage: clearing the house of everything that constitutes the material of our parents’ lives—birding journals, decoys carved by Delbert “Cigar” Daisey and others, boxes of fossils, the Lionel train that puffed around our Christmas tree—the very kinds of things that Neruda celebrated in his odes. My sister and I needed to sell the house and deal with lawyers and realtors and alienated siblings.

So change—as in, “I always come back from translation changed”—sounded good. I was ready for some changes. I called Michael Wiegers at Copper Canyon. I threw in my hat.

The manuscript he sent me was locked up like the Queen’s jewels. I couldn’t copy any part of it, couldn’t print any part of it, couldn’t successfully email it to anyone. It was the final file for the book as it was published in January 2015 by Seix Barral. That means it started out, according to Spanish-language publishing tradition, with a prologue and then an introduction pitched in a sincere academic style. The scholars expressed bafflement at lines that, perhaps due to my ignorance, didn’t seem to me so hermetic. For instance, they had difficulty comprehending the phrase “es un movimiento florido de un siclo de sombra en el mundo,” noting that their “initial impulse” was to read siclo—our word is the obsolete sickle or shekel, an ancient coin—as a typographical error for siglo, meaning “century.” They lugged in philology, Latin axioms, and a phrase by Juan Ramón Jiménez to help. But the Neruda line—which I came to render in English as “it’s but one florid flip of a blurry coin in the world”—made perfect sense to me in its context.

Once I moved through the introductory material and into the poems, it was all over. Until then, I’d been reading the manuscript on my computer in a barn flanked by cemetery. When the glowing screen revealed the lost poems, hours suddenly clipped by in minutes. I neglected to come in for dinner. The windows opaqued with night. The world hushed as I translated the first three poems. The truth is that I disappeared from myself. I was concentrated entirely into the durable moment of translation, which begins in humility, a sublimation of the self so extreme that the music of someone else’s mind might be heard. And for a while, no remnant of me existed outside of that moment.

Now, I don’t want to spoil the poems by talking too much about them here. There’s a love poem that turned my solar plexus into a cavern. There’s an ode to Neruda’s wife’s ear that depends upon a conceit that most Chileans today wouldn’t fathom, since few remember the 1940s vernacular for abalone: “little ears of the sea.” There’s a poem in which Neruda recalls his arrival at the age of 17 in Santiago. He’d come hoping to cut his teeth on big-city poetry, but when he stepped off the train, he walked into squadrons of mounted police swinging batons at protesters in a widespread violence organized by the ruling elite, the nitrate barons, in a period that came to be called the “White Terror.” There are inclusive Whitmanesque paeans to working men and women, and there’s a hilarious tirade against the depredations of the telephone. Neruda writes a kind of admonitory Rilkean letter to a young poet—to himself as a young poet. He addresses, in one of the most profound poems, the cosmos, earth, and the first astronauts.

Not all the poems are entirely finished. Some are handwritten on the backs of menus, some end in commas, some are typed up and corrected in Neruda’s hand. Movingly, this edition includes holographic reproductions: you’ll see Neruda’s handwriting, his cross-outs, his revisions. Like the first time I opened the lush facsimile edition of Emily Dickinson’s folded letter-poems, I found this record of the working mind of a great poet riveting. All the more so because these poems were truly lost among the many boxes and files of Neruda’s materials, rediscovered by Matilde Urrutia, Neruda’s widow, when she and the archives director of the Neruda Foundation made a full inventory of their holdings.

I’m not going to foretell the poems that I can’t read out loud without tearing up. But it might be fun to consider a single poem, the oddest in the collection, the one that gave the Spanish-language editors fits. A typed version of this poem, dated June 1968, was found in a filing cabinet with some conference papers. Subsequently, a handwritten version turned up.

It begins: “Roa Lynn and Patrick Morgan / were moored in these waters.” In the next lines, Lynn and Morgan sail off “to sea or to hell” while the dark river bearing “grief and blubbering” and all the particulars of our tumultuous world rushes toward us carrying—what else is it carrying? Something remarkable, we gather from the last lines. For the editors of the Spanish edition, this is an apocalyptical poem and the names Roa Lynn and Patrick Morgan refer to two of the ships’ figureheads that Neruda collected and fondly nicknamed Jenny Lind and Captain Morgan. How Jenny Lind became Roa Lynn and why the famous pirate Captain (Henry) Morgan changed his name to Patrick remain unexplained. But to make matters a little less clear, the editors add a series of curious etymological details, starting with the information that “roa,” in some language, may be a nautical term for the prow of a ship.

Two marvelous interventions solve the riddle of the poem for us. First, a Mexican journalist and reviewer of the Spanish edition of these lost poems bothered to google the perplexing names Roa Lynn and Patrick Morgan. He discovered both names in a May 1968 Argentine weekly. Here’s my translation of the full newspaper notice:

POETS. Unintentionally but notably, the Buenos Aires Herald recently acted as matchmaker: an interview published two weeks ago has culminated in a marriage. When Patrick Morgan read, on April 13th, the tale told by North American poet Roa Lynn Lanou, who spoke of herself, her country, and the Brazilian favela where she lived for a while, Morgan asked his secretary to find her phone number. “I’m going to marry that girl, I said to my secretary,” Morgan, sales manager for Brassovora and an occasional versifier, remembers saying. “My secretary answered I must be crazy.” But that wasn’t the case, clearly. On March 16th, Patrick and Roa met each other in the Golf Club in Palermo; after lunch, they read her poems and “spent the afternoon reciting Shakespeare.” On Friday the 19th, the day Roa was supposed to leave for Chile, the lovers took off to Montevideo, where they were married. On Monday the 22nd, Roa moved into her new residence, a house in the North Barrio of the capital. On Tuesday, she rushed a cable of 30 words to her parents in Ohio, telling them the news.

The second intervention? I ran into Roa Lynn in New York. She has her own version of the events and she has her own copy of the poem, presented to her by Neruda himself. But that’s her story to tell.

Forrest Gander is a writer and translator with degrees in geology and English literature. His book Core Samples from the World was a finalist for the Pulitzer Prize and the National Book Critics Circle Award. Among his many translations is Then Come Back: The Lost Poems of Pablo Neruda. Gander’s latest title is The Trace, a novel, just released in paperback. 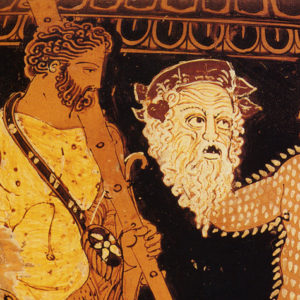 The day after the election, my students I faced each other around a table with stunned, helpless expressions and chocolate....
© LitHub
Back to top