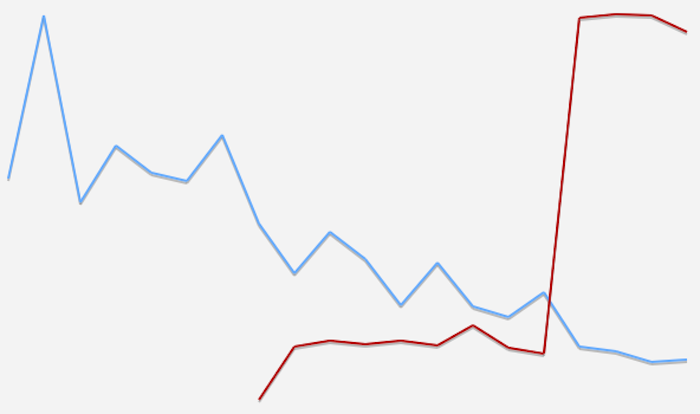 How I Learned To Stop Checking My
Book’s Sales

Betsy Robinson Wrestles With Her Longing for Literary Fame

More than 30 years ago I experienced my “15 minutes” when I played a naked lesbian in John Sayles’s movie Lianna. Until that event, I thought of fame as a means to finding more work, but if I’m honest, I also thought I would enjoy the attention. The movie opened just a few blocks from my home on the Upper West Side of Manhattan, so I was constantly jarred out of my anonymous New Yorker’s walking fugue by people noticing me—either as they exited the movie theater, which sighting caused them to shake their heads with disbelief, certain they were hallucinating, or when they passed me on the sidewalk or stood on line behind me, whereupon they’d loudly ask whoever was near, “What is she doing here?” as if I were an inanimate, or at least deaf, object. It was not fun, and it escalated to really not fun because, like most unemployed actors, I was doing temp jobs to make money; suddenly this “me as an object” phenomenon was interfering with my comfort at work. My private-nobody-else’s business became the focus of subtle or not-so-subtle probing: was I or wasn’t I (a lesbian)? And, for reasons I’ve never understood, my answer (no) seemed to cause a lot of people confusion or distress.

I stopped acting long ago and have been a professional writer and editor for the last couple of decades. In today’s cultural and literary climate, writers are encouraged to become popular in order to sell books. Even if we aren’t selfie junkies, we are supposed to post on social media, “engage” with our audience if we are lucky enough to have one, or develop an audience by interacting. We should do so while being mindful that nobody likes to be “sold to,” so experts advise to post 90 percent social content and only 10 percent about our books. The message is: Become famous by being nice, publicly interested in other people (the private stuff doesn’t matter), supportive, and above all else, authentic—so that people (who hopefully love what we write) feel that they know the real us and will want to reciprocate by buying, talking about, and being eager to read our next books.

If this process is not natural to us (and I would wager few writers find this natural), we can combat it with fantasies: if I just write something popular, if maybe a famous person loves it and talks it up, then I won’t have to do any of this, and fame will come, and I can sell more books and live happily ever after.

Before accepting a book for publication, most big publishers check a writer’s platform: numbers of fans and followers, online visibility, and—most important—book sales numbers. This can drive a writer to habitual checking—number of followers, likes, and book sales. This can drive an otherwise sane person to compulsive thoughts: How do I get so-and-so to read or review my book? What can I post that will get a lot of attention? Who might be able to help me publicize this unknown masterpiece? What am I doing wrong and what magic thing will blast open the concrete doors to literary fame and book sales and an ongoing career? Oh god, oh god, I don’t know!

For me, this chronic brain-mashing and frying cycle spiked with the recent publication of my novel The Last Will & Testament of Zelda McFigg (Black Lawrence Press, 2014)—fittingly, a story about a woman who feels invisible and will do almost anything to be seen.

However, unlike my protagonist, I’m sane and law-abiding, and I’m much more practical than I was in my acting days: I do not crave public attention and take comfort in the fact that writers, unlike actors, can still walk the streets anonymously. Nevertheless, until recently I’ve compulsively checked sales figures and gnashed my teeth to the point of gum ache. And even when there is the relief of a book sale, it’s ephemeral and quickly followed by a return of the compulsive thoughts.

As I’ve begun calling my compulsive thoughts what they are—addiction—I’ve also begun to dismantle them the same way I have so many other embedded habits—first by naming the behavior an addiction that I want to change, and then by interfering with it.

“It” is an embedded pattern of neurons firing in my brain whenever I think about making a living and writing, and I’ve learned from decades of therapy, therapeutic study and training, and journalism research that the only way for me to change this is through a physiological practice.

Since the 1970s, we’ve known Hebb’s rule: brain neurons that fire together wire together. In other words, the more I’ve anxiously thought about achieving literary fame whenever I worry about making a living, the more embedded is the sequence of neurons firing associated with that thought, and the more I will think it. When a thought pattern becomes addiction, my will is useless. The only thing that has worked for me with this kind of change is throwing a monkey wrench into the neuron-firing sequence.

As of this writing, I’m four weeks into the physiological monkey-wrench-hurling practice that works for me, and not only has my addiction softened, but I no longer believe in the story it tells. How false my assumptions about literary fame now seem: Would I actually be happier if I am known and therefore sell books? Perhaps I would long for the ease of my lost anonymity talking to fellow readers in my book club and on Goodreads, which I adore. Perhaps it would intrude into my writing process, causing whole new pressures I’ve never experienced. Perhaps, perhaps. The main thing is I’ve begun to realize that success is not fame.

Part of my practice is using statements that change according to the new feelings I have as the addiction dissipates. My first statement, “I accept myself even though I crave literary success,” has now morphed into something very different: “I am so grateful to be who I am, as I am, right this minute. I am successful.” (Notice that the word “fame” has disappeared from both statements.)

So how does this change the fact that we writers still live in a world where if we want to make money writing, or even get books published, we have to promote? It changes nothing and everything: Being addicted is synonymous with chasing a fix—being invested in a specific outcome. There is an unaddicted way to calmly tell people good news about our work and have fun talking to readers; it is simply to do it with no attachment to a specific end result . . . or any result. I think of all the things I do within a day where it doesn’t matter if I succeed or fail: Walking my dog (Do I care if a sudden rainstorm cuts it short?) Going to the supermarket (Am I devastated if my favorite brand of soy milk is out of stock?) Watching TV (Does it matter if there’s nothing I want to see, so I turn it off?) You get the picture. Sans addiction, the tension to achieve a specified outcome dies. Requiescat.

Betsy Robinson’s novel The Last Will & Testament of Zelda McFigg is winner of Black Lawrence Press’s 2013 Big Moose Prize and was published in September 2014. This was followed by the February 2015 publication of her edit of her late mother, Edna Robinson’s, novel, The Trouble with the Truth, by Simon & Schuster/Infinite Words. Betsy is an editor/fiction writer/journalist/playwright.
http://www.BetsyRobinson-writer.com

Reading the Future of Cuba in its Abandoned National Art Schools 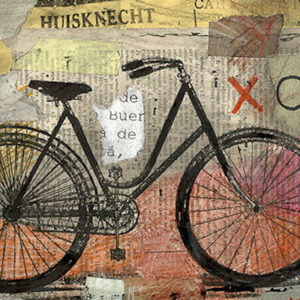 When I interviewed him over a crisp skype connection, it surprised me that Ilja Leonard Pfeijffer was so precise in his speaking,...
© LitHub
Back to top