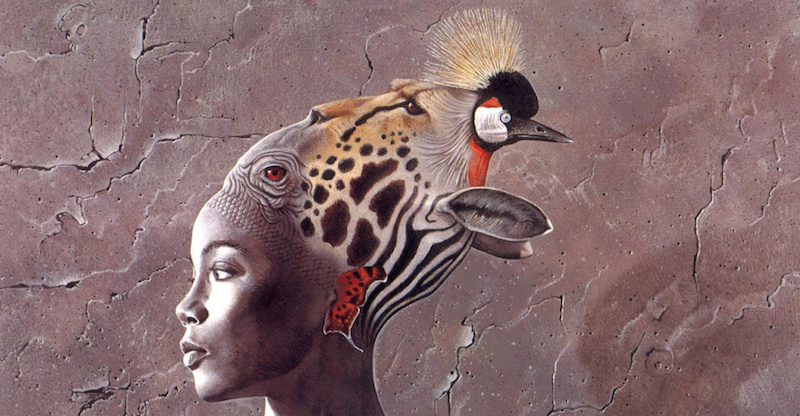 How I Learned to Love the Weird, From Octavia Butler to Kelly Link

Brian Francis Slattery Finds a Home in the Strange and Unsettling

I didn’t know what the Weird was when I wrote my first book. All I knew was that there was this crazy story I wanted to tell, that involved immigrants and dive bars and aliens and underground cities and a whole mess of music, and I wanted the prose to be part of the craziness. I wanted form to follow function—just like I do now, writing this essay. The decision seemed easy enough, and I wrote like my hair was on fire over the space of eight months while I was in graduate school for public policy, grabbing spare hours where I could. I wrote most of it on the New York subway. Some of it on buses. The last part of it in Guatemala. When I was done, all I knew was that I’d either written a literary novel with lots of genre elements in it or a science fiction story that leaned pretty heavily into the language. I didn’t know there were any other choices.

But my editor knew, and she was the one who told me about the Weird. For the reader in me, it was as though someone had given me a bigger, more detailed map of the book world than I already had. There were towns I’d just passed through that now demanded return visits, longer stays. There were entire continents of books I’d somehow missed. Possibly the best thing about publishing a book was discovering so many more books to read.

At the time, people liked to call it the New Weird. In my ignorance, and also being a musician, I thought the new was there to distinguish it from Greil Marcus’s Old Weird America. I was wrong. But the concepts have something in common. There are writers, musicians, and artists who instead of planting their flags in the middle of society, sink into it or beneath it, or head out to its fringes. There they ask uncomfortable questions with no easy answers, and even the way they talk about them—the way they ask the questions, and the methods they use to investigate them—means they have to depart for another place, and try to bring you with them. Where they go, maybe people have unusual illnesses that give them special powers. Maybe physics works a little differently. Maybe past, present, and future coexist in ways they don’t here. Or maybe things are just a little bit off. Whatever the case, the best of these books change you, maybe fundamentally, when they’re done. Wherever they’ve taken you, you know you can’t quite come back.

Defining what the Weird is—defining what’s weird and what isn’t—is a job for someone more qualified than I am. But for those of you looking to get your bearings (as I still often feel I am, 15 years later), a 2012 anthology called The Weird, from Ann and Jeff VanderMeer, connoisseurs and producers of weird fiction, is a good place to start. Even the table of contents has a few points to make. First, the Weird has been with us for a long time. The earliest story in the anthology—Algernon Blackwood’s “The Willows”—dates from 1907. Second, just as the fiction itself tends to blur the lines of things, the Weird crosses genres, languages, and continents with frightening ease, with no regard for hierarchy. Franz Kafka rubs elbows with Fritz Lieber, Haruki Murakami with Daphne Du Maurier, Merce Rodoreda and Julio Cortázar with Stephen King. A lot of traditional divisions in the book world, between literary and genre fiction, highbrow and lowbrow, become pretty meaningless, petty differences that dissolve in the acid of the unifying principle of seeing the world differently and imagining different worlds, which are in some sense part of the same thing.

Since discovering the Weird—this label, this way of organizing my reading life—I’ve been sinking ever deeper into a reading list that moved from Jeffrey Ford to Catherynne Valente, Greer Gilman to Kelly Link. I’ve discovered entire presses and imprints that publish the things I want. The label is my compass, guiding me to the books I need when I need them. I remember finishing Charles Burns’s graphic novel Black Hole in one sitting, as afternoon slid into evening, and then going to another room where the lights weren’t on yet. I stared into the darkness, full of wonder and sadness, and then sat down and read the entire book again. On finishing my first Octavia Butler series—Lilith’s Brood—I couldn’t talk. I understood why the friend who’d recommended it to me just pressed a copy into my hands, telling me I had to read it without being quite able to explain why. I’m like that myself with her now, and when I meet other people who love her books, we’re like a cult, speaking in tongues. I could write a coherent novella-length essay about why I think Octavia Butler is part of the next great step in the evolution of books, and I think it would hold water, but it wouldn’t capture why it felt like the air was melting around me when I turned the last page.

Some people argue that the Weird is becoming more mainstream now. They point, for example, to Jeff VanderMeer’s own (much deserved) success as a novelist, breaking through with his Southern Reach trilogy, the first book of which (Annihilation) is well on its way to being a movie. Maybe that’s so, and if it is, I think that’s great. I want it to be even easier for me to find books that blow my mind, and for other people to find those books as well.

But the Weird has taught me to be skeptical of simple explanations like that, or even concepts like mainstream and weird. It has taught me to see and accept how the book world, popular culture, society at large (I could keep going), is always moving, always changing, right before our eyes, always out of reach, beyond our ability to fully grasp it. If things look normal to me, it’s probably because I’m not paying enough attention. I’m learning how to look closer, all the time, and not look away.

Brian Francis Slattery is the author of Spaceman Blues, Liberation, Lost Everything, and The Family Hightower. Lost Everything won the Philip K. Dick Award in 2012. He’s the arts and culture editor for the New Haven Independent, an editor for the New Haven Review, and a freelance editor for a few not-so-secret public policy think tanks. Bookburners, which he wrote with Max Gladstone, Margaret Dunlap, and Mur Lafferty, is available from Saga Press. Visit Brian on www.bfslattery.com. 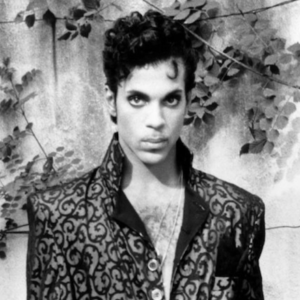 Prince rarely made explicit mention of death in his song titles. When he did, he addressed the subject glibly (“Dead on It,”...
© LitHub
Back to top