The Founder of Taco Bell Quarterly Tells All

Taco Bell Quarterly is the literary magazine for Taco Bell-inspired literature. When I started it, I had heard the jokes about the looming cease and desist that Taco Bell would eventually banhammer down upon me. Rebellious and having no working knowledge of copyright laws, my motto was RIDE OR DIE UNTIL THE CEASE AND DESIST. But the truth is, I knew it wouldn’t happen. Taco Bell was my best friend. We grew up together. They wouldn’t do me like that. This is the story of how I started an indie Taco Bell lit mag out of my basement, encouraged writers to dream más, and hustled free tacos out of Daddy Taco for the literary world.

Brands have been my friends since I was a kid. They raised me, babysat me, fed me, and loved me. It was the Reagan era. There was the AIDS crisis, the looming threat of nuclear war, everybody’s parents getting divorced. I was part of a lonely, latchkey generation. I watched a lot of television. I daydreamed Ronald McDonald was my father, Vanna White my mother. I wanted Ed McMahon to be my grandfather, and some mutant conglomeration of the Golden Girls for my grandmother. Or, fine, just Rose. It was like the 1980s version of wanting to grow up in the Brady Bunch house.

My actual family loved me, too, and on Friday nights, we went to Taco Bell, the special occasion dinner out, growing up in the suburbs of Baltimore. We had a brief affair with Chi Chi’s, too, until the whole Hep A and bankruptcy thing, and that’s what happens when you cheat on your restaurant marriage. Taco Bell took us back and remained loyal through my teenage years and college, through the broke-assness and bills of adulthood, through breakups, and the girl I once loved with the pixie haircut, who ordered from the menu ironically. She tilted her head when she spoke, that haircut sharp and severe as an axe, ordering with a tee-hee in her voice, as though she knew something the rest of us peasants weren’t in on. But she didn’t know this: my love was pure, my pain was pure, and my Taco Bell was pure.

It’s the last place I had lunch with my mother, before she passed. She ordered two crunchy tacos and the nachos with the single cup of neon cheese. Same as usual. I ordered the Mexican pizza and a Nachos Supreme. Same as usual. It became an order etched in the permanent record of memory, grief, life. A fast food order, transfigured.

I found Taco Bell to be an exciting shapeshifting metaphor. We could be literature, transfigured. Our writing, pure. The images could be as deep as vats of ground beef, alluring as the buzzing lights on the beaconing sign, and as jaded as the drive-thru employees. It could be a great collective writing prompt. Or not. I could be the asshole who tried to start a Taco Bell literary magazine and failed. I had failed at everything else.

All the lit agents said nah? Ain’t a right fit? They gave it careful consideration but sike? Then dream más with me. Let’s eat these rejections.

I started Taco Bell Quarterly out of frustration with rejection. I had racked up over 100 rejections from literary agents, who had shown zero response to the essay collection I was peddling. I self-rejected, too. The literary magazines seemed as daunting as cliques in the school cafeteria. I felt alone. I was fresh off two years’ worth of depression, writer’s block, giving up—whatever you want to call it. I had not published a single thing of note, too trapped within my perfectionism to send anything out. The isolation, the depression, the rejection, the perfection: call it the writing life. Same as usual.

Write what you know. I had worked in fast food. I loved the comradery, the Us versus the World mentality. The future looked like everything and nothing from our view of the drive-thru window. Inside the honey brown tiles were slick like a Slip ‘n Slide with grease. Old men with gummy dentures told me to smile more. I smuggled chicken nuggets and Beanie Baby Happy Meal toys in my starch-stiff uniform pants, an underground network of teenage sustenance and stealing for the fun of it.

The first issue of TBQ came out in August 2019, and the second issue in February 2020. The third issue is forthcoming in September 2020. I encourage writers to find “the white-hot center of their Taco Bell pain.” Writers are a magical type of human who intuitively understand exactly whatever the fuck that means. But we also like poop jokes. Sometimes, that’s simply what the pain is, and that’s the whole story. It’s shit. And you know, and I know.

The second issue garnered some national press. I was interviewed by the New York Post in the middle of a pandemic. I was on live television via Skype, on WGN Chicago Morning news. I was awkward and nervous, and I called Taco Bell “our writing overlords” while I was trying to casually ad-lib like a normal person—except I say things like that.

Indeed, the overlords had been watching since issue one. A few days after the second issue went live, I received an email from Taco Bell’s advertising agency. They wanted to collaborate. I have asked them for the Taco Bell Endowment Fund for Literature. I imagine running a Taco Bell inspired literary non-profit that pays writers, funds Reaper Ranch fellowships, and publishes its decadent Annual Golden Omnibus of Taco Bell Literature. They haven’t agreed, but they also haven’t said no. In the meantime, I got in touch with Taco Bell’s PR guy, Matt Prince, and asked him for some free food for writers. He obliged. This is how I managed to hustle out a few hundred tacos to hand out to writers.

The Taco Bell Literature Movement is upon us.

I decided to eat rejection. Get rejected, get a taco. All the lit agents said nah? Ain’t a right fit? They gave it careful consideration but sike? Then dream más with me. Let’s eat these rejections. Let’s get fat and feast. Digest it deeply, let it roil in your guts. It cramps. It hurts. It burns. You know and I know what that means. But you keep hustling because you gotta eat. And we’re not even talking money. It’s just breathing. You do this because you gotta breathe. I see you. Let’s eat.

Dream más with me. Throw out perfection. Create the ultimate low stakes, lowbrow art, like say, a Taco Bell lit mag. Compare it to Granta. Ploughshares. What up, New Yorker? Get writing. Just take it one layer at a time in that seven-layer burrito. Anne Lamott, bless, she gave us Bird by Bird. We do it Burrito by Burrito over here.

Dream más with me. Join us. Baseboards need scrubbing. Drive-thru’s got a line out the ass. Lobby needs napkins. You’ve got a community now. The future looks like everything and nothing from our view. Grab your nametag and visor.

Even though I had given up, I still kept pitching my book. You know and I know how it goes. I was on query one hundred and a million. I decided to stop pitching a straight-forward book. Hell, I’m a queer person running a Taco Bell lit mag out of my basement. They were never going to want me in the straight pretty people club. Man, I’ve been having those weird dreams at night about trudging through sour cream in the dressing room at TJ Maxx: essays and other sample nightmares. Want it? Sign me. Let’s go. Let’s reach the top on a “wave of fire sauce.” I actually said that. There I go again, trying to casually ad-lib. I got the agent.

Dream más with me. Write your dreams down. The ones you had as a child, longing for game show hosts in some abstract way, trudging through globs of dairy. Journey to the white-hot center, scold the roof of your mouth with that neon cheese, find your mother, your father, your loneliness, your dreams. The world needs your writing. Come get your rejection tacos.

The Taco Bell Literature Movement is upon us.

MM Carrigan is a writer and weirdo who enjoys staring directly into the sun. Personal tweets @thesurfingpizza and as Editor Grande Supreme of Taco Bell Quarterly @TBQuarterly

How We Dream During
a Pandemic 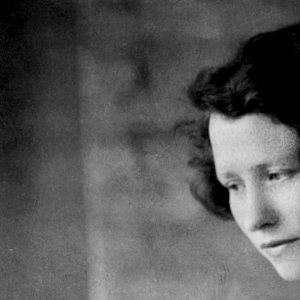 I didn’t know who she was, but I was at her house. I had been driving for several hours and ended up at the Millay Colony...
© LitHub
Back to top