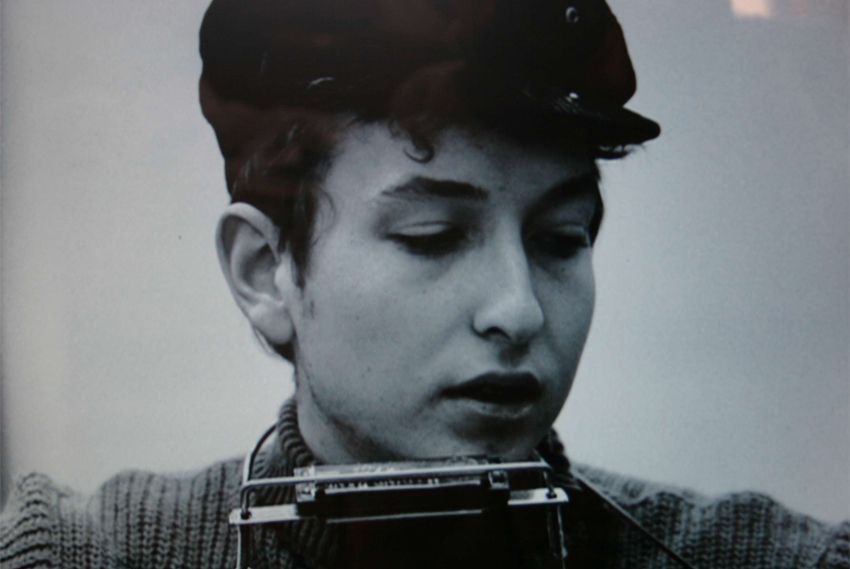 In 1976, when I was eleven, the family records I had access to consisted of Christmas songs (which I’d play any time of year), The Carpenters, Tony Bennett, and the soundtracks to My Fair Lady and Jesus Christ Superstar. I played these over and over again, marching around my room and singing aloud: the Little Drummer Boy, Eliza Doolittle, Jesus Christ. I became each of them—with utter conviction.

Then one day I was rooting through my brother’s stuff (he’d gone off to the Navy) and came across a record album with no jacket. The Freewheelin’ Bob Dylan.

I’d never heard of him.

I put the album on the spindle, set the needle down, and suffered the scratches that crackled out of the speakers. Then I suffered the sound of the singer’s voice.

Honey, just allow me one more chance to get along with you…

He was singing through his nose. And the shriek of that harmonica was more than I could bear. So long, hillbilly, I thought, snatching up the needle.

Nine years later, at Florida State University, I started to find the world ridiculous. I became mad and political and ironical almost overnight, and I started to feed on folk music. I skipped classes to sit around with my friends talking, smoking pot and playing records. And I became obsessed with Bob Dylan.

Those early whimsical songs were now hilarious to me—some of the most joyful things I’d ever heard. And the protest songs were telling it like it was (and is). I accumulated one used record after another and stared at their jackets while I listened, wondering at this lean, laser-eyed visionary. He didn’t care if he cracked up in the middle of a song, or flubbed the meter, or even if his guitar was out of tune. He sang what he saw, both real and imagined, and his heartbeat seemed to come straight out of his harmonica.

I bought a guitar. Three Cs, two Ds and one F later (grades, not cords), I knew how to play, more or less. Harmonica holder around my neck, I practiced Dylan songs for hours at a time. Finally, I got brave enough to play in front of a few friends. They were impressed (those of them who didn’t wince at the harmonica). I chanced playing on the campus mall, and at least three (one day four!) people gathered around to listen.

“You should be playing in clubs,” a girl told me.

The only person in town who would let me audition was the owner of a vegetarian restaurant called Sprout-and-About. For that, I expanded my repertoire. My audition (harmonica-free) consisted of a love song by James Taylor, a ballad by Simon & Garfunkel, and “This Land Is Your Land.”

“You’re hired,” the owner said, turning back to his specials board.

I hadn’t shown him my Dylan impression, and a shameless impression it was. In fact, I was proud of it—and proud of my tall scatter of hair (fashioned each morning with a hair dryer and a handful of mousse). I knew Dylan had come from nothing, hated oppression, and turned newspaper stories into songs. And what about me? I’d come from nothing; I hated oppression; I’d written a song about Ronald Reagan and Margaret Thatcher called “Don’t Listen to Them, They Ain’t No Good.” I was an Education major, but I no longer had any plans to teach. I had things to experience and songs to write, and, in the meantime, I had Dylan—who, as a young man, had sat himself down on a stool in New York’s Cafe Wha? and made history.

I told nearly everyone I knew to come to Sprout-and-About. On the Saturday night of my debut, the place was packed. It held about thirty people, but still: a full house. Two microphones—one for me, one for my guitar. A sound check.

At 7.30 I was introduced by the owner as “a guy made for music” (I could only assume it was becoming obvious.) Fifteen minutes later, I had the crowd smiling. In a half-hour, they were silently mouthing the words to “Blowin’ in the Wind” as I sang. I played nothing but Bob Dylan songs for over an hour, and when I finally stopped, someone out there said, “Play a couple more.” I did—at least five.

I was flush with excitement; he was flush from having just cleaned the kitchen. He handed me my $25 and said, “I didn’t know you played harmonica.”

“I hate the harmonica,” he said. “Come back when you can play something besides all that goddamn Bob Dylan.”

That was the last time I ever played guitar and sang in front of an audience.

But nothing could stop me from being a fan.

In ’89, I saw Dylan live at a civic center in Ohio, and he was amazing. Two years later, in Michigan, he mumbled his way through a few numbers (even I had to listen hard to figure out which songs he was playing) and then walked off stage forty-five minutes into the show as if disgusted with the whole business. And the third time I saw him perform—well, he could have saved us both the trouble.

In ’95 I was in the restaurant/bar of an old hotel outside Washington, D.C. The bartender asked if I was a Dylan fan. I told him I was.

“He was in here last week.”

“Nope,” the bartender said, then told me the story of how Dylan had done a couple of concerts in D.C. and the next night had walked into this very room ahead of the dinner crowd, asked the manager how much they made on their best night of the week, then handed over nearly twice that in cash. “Nobody gets in here but me,” he’s supposed to have said. Then—allegedly—he sat down at the bar, asked for a glass and a bottle of Jack Daniels, and began putting it away shot after shot while staring silently at the wall.

Not too long ago, I was walking in New York’s East Village when I passed a man who looked a lot like Dylan rooting through a garbage can. In fact, he looked so much like Dylan that I circled back for a second and third pass. The only thing that made me think he wasn’t Dylan was the fact that he was digging through a garbage can. Soon after, I read an article about how Dylan had been mistakenly arrested in New York because he was pulling trash out of a garbage can and dropping it onto the street.

A friend told me about another friend who’d been walking in another major city when a dead-ringer for Bob Dylan walked past. No doubt, this friend of a friend had assured, it was him. “Hey!” he hollered, “Dylan! Dylan! You rule, man!”

“Suck a dick!” the Dylanesque man hollered back.

I don’t know if there’s any truth to these stories (including mine)—and Dylan, who’s never answered the same question the same way twice in an interview—would probably want it that way.

Regardless, he’s not the same wiry hillbilly who used to laugh at and skewer the world. He still sings through his nose, only now he sounds like someone’s standing on his throat. But we all change, right? We all start out somewhere, struggle to get somewhere else, and get worn-out in the process. I’m as tired as the next guy. But I still get the same sense of joy and awe when I listen to those old albums. And, being the guy who became Eliza Doolittle and Jesus Christ, I steal myself off alone every now and then, sit down on a stool with my guitar and harmonica, and strum and blow like a fiend. Does it make me Bob Dylan, circa 1962? Oh, yes—with utter conviction.

Patrick Ryan is the author of Send Me, and his fiction has appeared in The Best American Short Stories, Tin House, One Story, Catapult, Crazyhorse, The Iowa Review, The Yale Review and elsewhere. The former associate editor of Granta, Patrick is a contributing editor at One Story and is the editor of One Teen Story. He teaches writing at various venues, including One Story, Inc. and The Writers’ Institute at the City University of New York. His collection The Dream Life of Astronauts is out now. 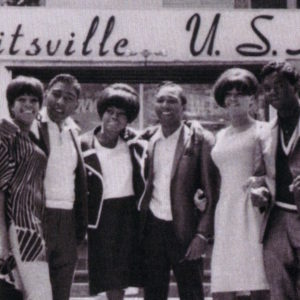 This essay originally appeared as part of a longer essay in Best American Music Writing 2003.   "Our attachment...
© LitHub
Back to top