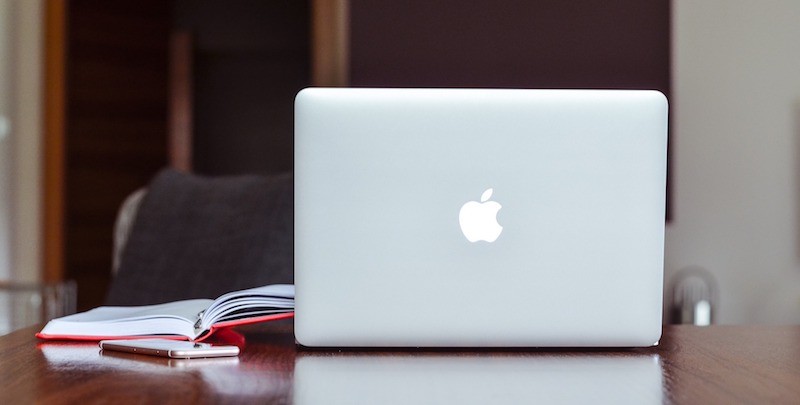 I set my manuscript on the kitchen table and rested my hands over the title page. Still warm. The pages had preserved some copy machine radiation during the long drive back from the only printing shop still open in late March during early lockdown. But the fulfillment that I’d long imagined feeling that day, and that I knew I deserved, was absent.

This wasn’t the typical “what now?” that follows the end of a long-term project. It was a novel strain that had infected every part of my career with dread and uncertainty.

First, a promotional tour for my documentary was cancelled, along with several related speaking gigs, but I could live with that. Besides, my main source of planned income was freelance journalism. I’d hoped to recoup the cost of my book, for which I travelled 7,000 miles, hired five translators, and missed a fifth of my daughter’s first two years. Writing it would’ve been impossible without the security of my wife’s nursing career.

It was my turn as breadwinner again, and not a moment sooner. My wife was set for maternity leave again in 10 weeks, or sooner if the evolving science around the virus put her, or the baby, in the high-risk group. And, truth be told, after carrying a single big idea in mind, the hustle and buzz of slaying deadlines suddenly had the appeal of settling down with your high-school sweetheart.

Editor one didn’t know when he’d run another non-pandemic story again. Editor two wasn’t sure how long he’d have a magazine to edit. Editor three, who’d been sitting on a draft since January, waiting for me to free up some time for revisions, now offered a kill fee.

There was truly a global village sheltered in place, bored out of their minds, time melting into abstraction around them.

Freelance journalists weren’t counted among the 36,000 news workers estimated by The New York Times to have lost their livelihoods since the outbreak. But, according to Poynter, more than half of them lost more than six weeks of income practically overnight. Pressure leaked out of boardrooms, pushed staff into furlough, and blew up our per-word rates.

My book publishers, bless their hearts, issued me an early second advance, despite diminished revenues across the industry. The Writers Trust of Canada granted me modest relief funds. Justin Trudeau deposited $2,000 directly into my bank account.

The support would buy me until the end of summer to figure out the rest of my career. At least that’s how it felt. Utterly lost, I fished through my office drawer for a tinfoil-wrapped tab of LSD. I’d stowed it away before my 30th birthday, perhaps knowing a day like this would come. I thought better of it, imagining how a bad trip during a pandemic could play out.

Instead, I smashed the emergency glass and prepared to enter the dark arts of professional communications.

Two jobs at the University of Alberta in Edmonton, where I live, seemed realistic. Plus,  maybe once the pandemic blew over, I’d get to experience a version of the campus life I’d abandoned when I dropped out of college before my second year. But job one disappeared the day I sat down to apply, an early casualty of 1,000 terminated positions. Nobody replied about job two. My lacking degree likely kept me from getting through gatekeepers.

That I’d managed a successful career without a formal education was once a badge of honor. Now it felt like a wind-swept toupee. “Maybe it’s time to finish the degree I barely started,” I told my wife one night. Knowing how wistful her eight years of university had made me, she gave me her blessing to return to school.

The next afternoon, I burst through the door sweating from a long jog. “How would you feel if I started a school?” I asked in between huffing. I told her the name, “Pandemic University School of Writing,” and proposed an agreeable budget.

With a few hours, I had a domain name and web designer on the case. I emailed my idea to authors, journalists, and screenwriters, who, like Marcello and me, probably had workshops ready-made for our virtual lives. Just angle the webcam, fire up the Powerpoint, and “Share Screen.” (But remember to unmute yourselves, everybody.)

I assembled a faculty to teach nonfiction book proposals, writing about your own trauma, and other niches. I gave priority to writers who needed help paying a few bills. Some wanted to participate but thought their luckier circumstances should disqualify them. They asked if I could send their check to their friend or donate it to the Emergency Relief Fund that would support me and at least 200 other writers by the end of the pandemic.

Their generosity made me realize this wasn’t just about paying some bills. It was about honoring the storytellers getting us through a crisis: the journalist accepting less and giving more to keep you informed; the author who never got to tour the new book in your lap; the TV writer without a set while streaming TV brought the Internet to its knees.

There was truly a global village sheltered in place, bored out of their minds, time melting into abstraction around them. Was there a better time to pick for writers, aspiring or otherwise, to resurrect a passion project or develop some new skills?

Pandemic University launched on April 13 with a tweet. I abandoned the next step of emailing my media contacts about it to keep up with the Eventbrite orders piling up in my inbox. The vast majority were for “enrollments,” a last-minute idea to offer the full suite for $99, which I doubted more than a handful of keeners would ever want.

As the student body approached 100, it was very apparent that, although I’d carefully considered the delivery of these classes, I had no real plan for delivering the Zoom links and passwords required to access them. In between researching digital infrastructure like automated email, I fielded benefactor requests, many of them writers who wanted to cover an unluckier writers’ tuition. I created a competition and distributed anonymous donations to newly unemployed writers, disillusioned J-school grads, and foreign journalists exiled in Canada.

Pandemic University, or PanU, as “students” started to call it, had blossomed into a dynamic virtual campus of more than 500 writers worldwide. Through fundraiser classes, the Fightin’ Pannies raised nearly $4,000 for writers’ charities. I was proud to be their fake Dean.

The semester would end with a Zoom graduation party. I arbitrarily named my friend Julie Rohr as valedictorian. Having spent most of her thirties battling a rare cancer with astonishing grace, she could help us find beauty in unprecedented times. I also DM’d Peter Mansbridge, Canada’s preeminent TV newsman, who is better known south of the border as the voice of Peter Moosebridge in Zootopia, to ask him to give a commencement address. “Sure, “ he replied. “Why not?” For his surprise appearance, I designed and presented to him an honorary aviation license to satisfy a childhood dream.

Jennifer Cockrall-King surprised me with an honorary degree in “being awesome,” which she’d quickly sketched and lovingly decorated with hearts and cats. I choked up as he held it up for everyone to see. Now framed on the wall in front of me, I’ve accepted, and embraced, that it’s probably the only degree I’ll ever have.

Save for one irate lit professor comparing PanU to Trump University, the nostalgia of campus life was the comfort everyone needed right then. But, more than that, the participating writers created a borderless hub that was needed before the outbreak.

Though I’d intended PanU to be a two-month “pop-up,” it took on a life of its own with hidden talents worth nurturing for a while longer.

I am just taking direction from the student body. With the help of my first hire, we’ve so far delivered on most of their wishes: an alumni group on Facebook, a way to purchase replays of missed classes (sales are split with the author), and, of course, varsity sweaters in order to rep their bogus alma mater.

Omar Mouallem is a journalist and documentary filmmaker who’s worked for such outlets as The Ringer, NewYorker.com, WIRED, and CBC. His forthcoming book, Praying to the West, a travel memoir about mosques in the Americas, will be released in fall 2021. 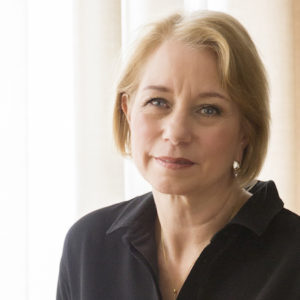 On this episode of Personal Space: The Memoir Show, Sari Botton interviews Laura Lippman, author of My Life as a Villainess,...
© LitHub
Back to top