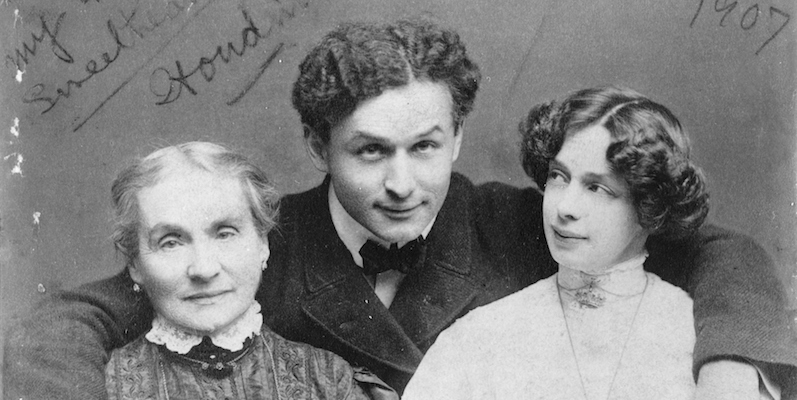 How Harry Houdini Became the Champion of Mother’s Day

The year was 1926. The year that brought the births of Harper Lee, John Coltrane, and Hugh Hefner, along with the deaths of Annie Oakley and Robert Todd Lincoln. It was the age of miracles and there would be no going back. Instead, forward movement: the African American Great Migration and the Harlem Renaissance. Duke Ellington. Miss Zora Neale Hurston. Langston Hughes and his “Weary Blues.” And on this year, on one particular February morning, one man stood in front of the 96th US congress, which had gathered that day to discuss H.R. 8989, the cumbrously-titled bill amending “Subchapter 5 of the Code of Law to the District of Columbia, as Amended to June 7, 1924, related to Offenses against Public Policy.” Simply put: a bill that sought to make it a crime for a woman to speak from her intuition, her gut. A bill that sought to make psychic-mediumship illegal and punishable by six months’ incarceration. The man spearheading the bill? No one other than the magician Harry Houdini.

Let me rewind a bit. Born in Budapest in 1874, Erik Weisz grew up to become a magician, escapologist, stuntman, aviator, actor, film producer, and superstar known to the world as Harry Houdini. The fourth of seven children, Harry had always had a profound bond with his mother, Cecilia. It’s been said that as an infant, whenever baby Erik would bellow, the instant Cecilia pressed him to her chest, her son would immediately soothed to a silent calm. Houdini referred to Cecilia as “his angel upon earth” and the “guiding beacon in his life. Even in adulthood, Cecilia dressed him, and it’s been said that every now and then, when he was an adult and needed to be calmed, Harry would sit in his mother’s lap.

And then she died. It was 1913 and Houdini was 30 years old, giving a press conference in Copenhagen, when he was handed a telegram: Cecilia had suffered a stroke. Houdini broke all his upcoming performances in order to return to America as quickly as possible, but unfortunately that meant two weeks of transoceanic ship travel until he reached the U.S. But it was too late. Harry’s mother was already dead, and no magic trick could bring her back.

The magician was never the same. With a broken heart, Houdini turned his grief into fuel, and in some ways it was good: Houdini became a proselytizer for a new holiday—Mother’s Day—which was, in great thanks to him, formally established in 1914. At this same time, his acts grew increasingly wild and weird, with an undercurrent of sinister recklessness. Here was Houdini hanging upside down from skyscrapers in straightjackets. There he was nearly drowning himself in his “Chinese water torture” box, or burying himself alive.

“With a beating heart, I waited, hoping that I might feel once more the presence of my beloved mother.”

In 1920, Houdini first met Sir Arthur Conan Doyle, most famous for his Sherlock Holmes series. The two were an unlikely pair, but curious about each other’s passions. In the wake of his son Kingsley’s death during the Great War, Doyle had become a pious believer in life after death and a zealous missionary of Spiritualism, a religion that believes in spirit communication. Then, in 1921, Doyles suggested that his friend Houdini join him in trying to contact his mother Cecilia, and oddly, perhaps desperately, Houdini accepted. One Sunday afternoon in June, Houdini met Doyle and his wife Jean, a self-proclaimed medium, in their room at the Ambassador hotel in Atlantic City.

“I was willing to believe,” said Houdini later of the séance. “With a beating heart, I waited, hoping that I might feel once more the presence of my beloved mother,” and that communicating with her would have “meant to me easing of all pain that I had in my heart.” But the séance was a bust—Jean attempted to deliver words from Cecilia via slate writing (automatic writing) and wrote Thank God! At last I’m through! But her son wasn’t buying it. “My sainted mother could not write English and spoke broken English,” declared Houdini. Thus ended the notorious friendship between Doyle and Houdini. Soon after, as if his life depended on it, Houdini fully plunged into a staunch crusade to bring an end to the practices of mediums, psychics, and Spiritualists. “Vultures who prey on the bereaved,” he called them. “Human leeches.”

In the years that followed, Houdini’s movements were a succession of campaigns—during tours, shows, and personal appearance to promote his films, the magician projected slides, photos, graphs, and elucidations breaking down how he believed the mediums were using trickery disguised as supernatural gifts. He’d attend séances, but undercover, and once he gathered what he felt was sufficient evidence of fraud, he would leap up, dramatically flinging off his disguise. Then, in 1926, he took his case to Washington after learning that mediums had made appearances in the White House and had been for years.

“I am an author. I am a psychic investigator for the scientific magazines of the world; and then I am a mysterious entertainer,” Houdini professed as he identified himself to the 96th Congress. In the session, representatives had already discussed that mediums were stripping men of their masculinity, that the women posed a danger to the nation, and that Spiritualism encouraged sexual transgression. But the trial was a goat show (at one point, Houdini was punched in the face), and by the fourth day of the spectacle, the bill collapsed completely. But Houdini continued to soldier on, perhaps in an attempt to mend a broken heart, until he died on Sunday, October 31st—Halloween—of the same year, after daring a young student to punch him in his gut as hard as he could.

As I was researching my book The In-Betweens: The Spiritualists, Mediums, and Legends of Camp Etna, I came across a photo of Houdini and Doyle before their friendship fell apart, just as the two were in their peak of attempting to take magic and religion and fate into their own hands. In the picture, the towering Doyle and petite Houdini stood side by side, smiling. The book was titled A Magician Among Spirits, published by Harper Brothers in April of 1923. Its authors: Harry Houdini and American writer C.M. Eddy Jr. (who, incidentally, was not credited for his part). The book’s objective: a chronicling of Houdini’s exploits during his campaign to discredit Spiritualist mediums. The manuscript topped off at 324 pages, with sixteen chapters, including “Slate Writing and Other Methods” and “Why Ectoplasm?” and “Spirit Photography” among others. But to me, what I found to be the most moving, the most magical, was the book’s dedication. To Cecilia, of course. In worshipful homage I dedicate this book to the memory of my sainted mother. If God in his infinite wisdom ever sent an angel upon earth in human form, it was my mother.

Mira Ptacin is the author of the award-winning abortion memoir Poor Your Soul as well as the feminist history The In-Betweens: The Spiritualists, Mediums, and Legends of Camp Etna. She teaches at Colby College as well as the Maine Correction Center, and lives on Peaks Island, Maine.
http://www.miraMptacin.com

The Heartbreak of Encountering Your Child's Experience of the World 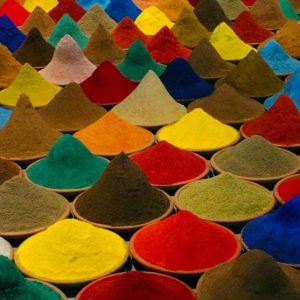 The Heartbreak of Encountering Your Child's Experience of the World

I’ve known my youngest child (who uses they pronouns) was more. . . shall we say. . . sensorial than most since they could...
© LitHub
Back to top