From Our New Podcast Collaboration with FSG, Well-Versed

Hannah Sullivan: There is something particular about the day that seems the most obvious of those siloed units of time. And that is true now with some of the restrictions that we face. At least, in England, we’re allowed to go outside once a day to exercise. You can’t go out twice on Monday but not at all on Tuesday. The allowance is given over again with each new day. And I feel we’re all comparing days: we’re fourteen days behind Italy or is it ten or is it only seven? A day is a good day or a bad day for deaths. At least here, a good day is usually followed by a bad one because it means some change (perhaps at the weekend) in counting procedures where deaths were omitted. We’ve all been forced to live much more than before, perhaps, within individual days, and yet those days are also very similar to each other. I think many of us feel very hungry now for some of the small rituals that make days separate from each other.

*
For the rest of the month, we will be publishing readings and interviews in partnership with FSG. Read more about how they are celebrating National Poetry Month here. And of course, the FSG Poetry Hotline is back. Each day, you can call 385-DIAL-FSG (385-342-5374) to hear FSG President and resident poet Jonathan Galassi or Publisher Mitzi Angel recite a favorite poem. Keep calling—they’ll feature a new poem every weekday.

Siri Hustvedt, Helen Phillips, and Jason Tougaw on Where Their Ideas Come From 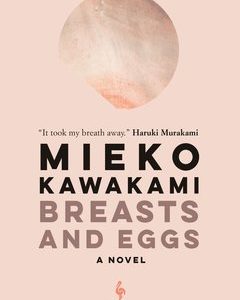 “I’ve been thinking about getting breast implants.”  It had been three months since Makiko had called me up to make...
© LitHub
Back to top