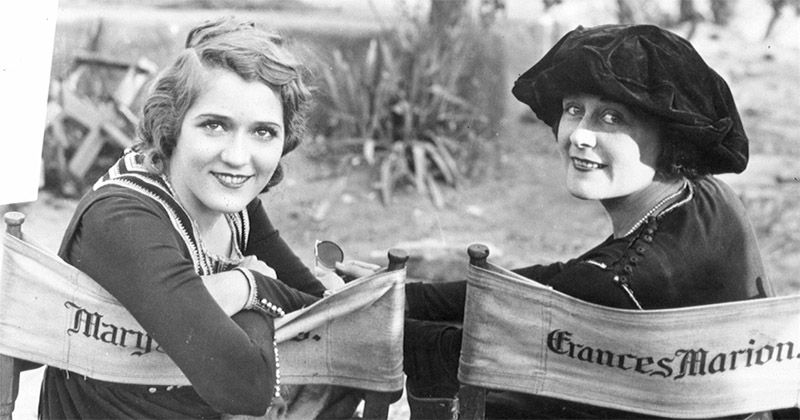 Melanie Benjamin on Taking Inspiration from the Actor-Sreenwriter Team

In the early years of Hollywood, from 1915 through the early 1930s, Frances Marion was one of Hollywood’s most successful screenwriters and arguably the most famous. She defined and shaped the role of the screenwriter, becoming the best adaptor of novels and plays in the business. In those early, helter-skelter years when the pioneers of the industry were churning films out at an unsustainable rate, adaptions were the easiest way to satiate a voracious public.

Like most scenarists, Frances spent her spare time devouring novels, histories, and plays, particularly on the lookout for movies with potential roles for her friend, Mary Pickford. In fact, it was a film based on a play—The Poor Little Rich Girl—that cemented their working relationship and brought them both to an entirely new level of fame and fortune.

Mary Pickford was the star of the Famous Players-Lasky studio when she met Frances Marion in 1914. Mary was the most beloved actress in the silent films, but she wasn’t quite yet “America’s Sweetheart.” Unlike every other young woman who was interested in the movies, Frances had no desire to be an actress. Instead, she wanted to write screenplays. In those days, people—mostly women—would mail ideas for a story to the various studios, who actively solicited them in ads in the trade magazines. But some of these women were then hired by studios, put on staff, and found themselves not only crafting these “scenarios,” as they were called, but doing practically everything else, too—acting as extras, casting, cutting. Frances, thanks to Mary, was soon one of them. And in short order, she was the highest paid.

Frances’s second film written for Mary was a film called The Poor Little Rich Girl, based on a play by the same name. Though the male executives of Famous Players-Lasky eagerly pronounced the film to be a colossal failure before it opened, it was a huge success, basically giving the two women the freedom to make the movies they wanted, without studio interference, for the next several years. This dynamic duo were, for a time, the most powerful, most successful actor/screenwriter team in Hollywood. The films they made cemented Mary’s status as “The Little Girl with the Curls”—they established Mary’s eternal image as the spunky little girl (despite the fact that she was in her late twenties when these films were made). And it would be that image that both elevated Mary to what was then unheard-of, worldwide celebrity, and doomed her, once she couldn’t quite carry it off anymore, when sound arrived in 1928.

Frances, after that first astonishing success, would go on to adapt many novels for film, to great acclaim—Anne of Green Gables, Pollyanna, Stella Dallas, The Scarlet Letter. Not all of them starred Mary; she wrote for such stars as Rudolph Valentino, Marion Davies, Lillian Gish, Garbo. In fact, it was Frances who ushered Garbo into the sound era with her adaptation of Eugene O’Neill’s play, Anna Christie.

Frances won her first Academy Award for adapting the short story, The Big House, into a screenplay. (She won her second for her own original story, The Champ.) She was not only the highest paid screenwriter, she was known as “the best adaptor in the business.” So it’s obvious that she—like a certain historical fiction author—was inspired by other people’s writing.

And that’s the key word: inspired.

As an historical novelist, I’m inspired not only by the past, but by books written in and about the past—including histories and biographies. And it was while reading a biography of Frances Marion that I learned of her friendship with Mary Pickford, which I then decided to make the focus of my new novel, The Girls in the Picture.

Their friendship had everything you’d want in a novel—triumph and failure, jealousy, betrayal, romance, broken marriages, tragic deaths, even war.

Everything you’d want in a movie, too.

That’s how I’ve ultimately come to view how I write historical fiction; as the movie version of history or biography. And so, I sensed Frances Marion’s approval as I condensed, snipped, pruned. I viewed my novel as the movie Frances Marion might have made of her own life.

Frances understood what appeals to an audience; she was unafraid to condense and trim, to expand upon seemingly obscure moments while leaving out entire chapters. She understood that once you decide which story, among all the stories of a life, you’re going to tell, trimming away the rest makes that story stand out even sharper. She also understood that imagination is just as integral as research; in order to novelize or film a history—in order to give dry facts creative life—you have to invent. Conversations, emotion, motivation.

Like Frances, I have to invent, imagine, and expand. I use the historical research as a springboard. They quarreled, the paragraph in a biography might say. Interesting, but not novelistic. So in my novel, I depict the quarrel—the wounding words, the vase thrown across the room, the hearts racing, the skin itching, the eyes blinded with tears. The shattered aftermath of betrayal. It becomes a scene, a chapter—perhaps even the motivation for the entire novel, this sentence. It has blossomed into one of those enormously cinematic flower arrangements in an old MGM film—and it started with only a single petal of historical fact. They quarreled.

Frances did this better than anyone. A quick skirmish with other children in the play of The Poor Little Rich Girl turns into a lengthy slapstick sequence in the film; mud is flung with great abandon, water is splashed, it’s a sequence worthy of the Keystone Cops. It’s like a real fight—only better

In her adaptation of The Scarlet Letter, stuck with the limitations of silent film, she beautifully found a way to give us an insight into Hester Prynne’s character. A passage in the book in which Hester goes to church becomes a scene in the movie where she risks a quick glimpse of herself in a new bonnet in a mirror she has carefully hidden from her puritanical husband. A scene not in the book. But so important to the movie version—invented. But also, the truth.

For this is the difference between a history and a novel, or a book and a movie. Facts are for the historians; emotional truth, that’s the province of the novelist. And the screenwriter. The emotional truth that results in a good—a whopping good—story. Bigger, better, more heartbreaking, more triumphant, than life can ever be. But a life we can relate to, nonetheless. A life grounded in reality, writ large for the screen. Or the novel.

I’ve learned that certain readers get very anxious about the ratio of fact to fiction in my novels, but if you consider a historical novel the movie version of this person’s life—the biopic—it becomes easier to understand.

Frances Marion, I suspect, would look at it the same way. And approve.

Melanie Benjamin’s novel The Girls in the Picture is available January 16, 2018, from Random House.

Melanie Benjamin is the New York Times bestselling author of The Aviator’s Wife, The Autobiography of Mrs. Tom Thumb, Alice I Have Been, and more. Her novelThe Girls in the Picture came out in paperback this year, and her new novel Mistress of the Ritz releases next month. She lives in Chicago. 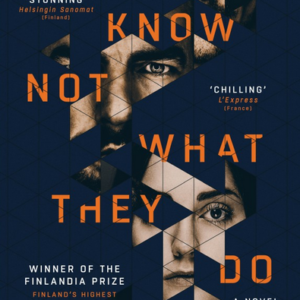 A man and a woman from a major corporation had visited Rebecca’s school: the same corporation that had underwritten the new wing...
© LitHub
Back to top