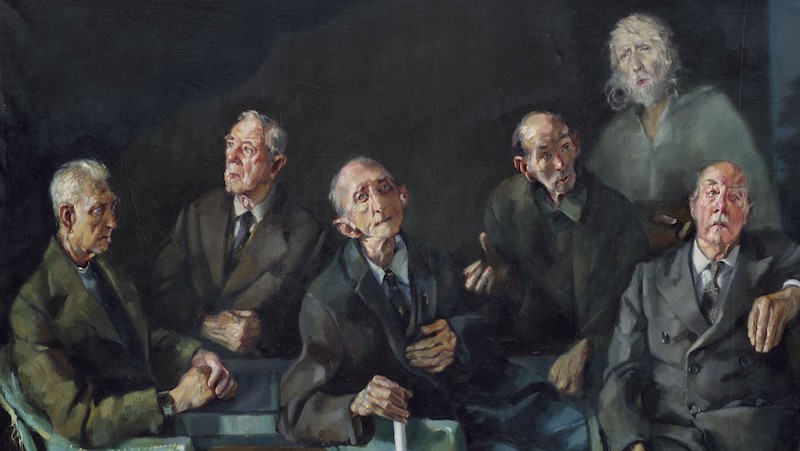 How Fiction Treats the Elderly, Aging, and Ancient

The opening lines of Peter Carey’s 1985 novel Illywhacker introduce the reader to the novel’s narrator Herbert Badgery. Herbert, he tells us, is 139 years old, and his advanced age has attracted the public’s attention. “They come and look at me and wonder how I do it,” he writes. “There are weeks when I wonder the same, whole stretches of terrible time. It is hard to believe you can feel so bad and still not die.” If the absurdly advanced age to which Herbert has lived doesn’t tip you off, Illywhacker is a particularly stylized novel, telling the story of a protagonist whose life consists of misdirection and half-truths.

But in its descriptions of Herbert’s once-vital body reduced by age and his presence diminished by familial infighting, Carey ventures into discomfiting territory. Many of us will find ourselves living long lives and witnessing the effects of age directly. Fiction that’s driven by a plot is also frequently propelled forward by motion, by action. But the arc of many lives is at odds with that: aging, for many, becomes associated with less exploration, less travel, less activity.

In the more pulp-influenced corridor of fiction, consider the mileage that some have gotten from the idea of an aging Sherlock Holmes—Michael Chabon in his short novel The Final Solution, for one, as well as Mitch Cullin’s A Slight Trick of the Mind. Still, writers continue to confront aging and its effect on the body in their fiction with a variety of approaches, from the overwhelmingly realistic to the irreverent to the ecstatic. It’s something often overlooked—a recent piece on the show Transparent by Moze Halperin praised it for taking a nuanced approach to aging: “It’s evolution through repetition; repetition through the embracing of the old, and the desire to include the old in the new, rather than leave it behind.” That same spirit can also be found in a host of novels both old and new.

Books that follow characters across the duration of their lives create a contrast between a protagonist’s younger and healthier self with the manner in which aging affects their bodies and, in some cases, their minds. Samuel R. Delany’s Through the Valley of the Nest of Spiders focuses on the lifelong relationship between two men, Eric and Morgan, beginning early in the 21st century and continuing forward far into it. It’s a fascinatingly structured book: despite the fact that a significant portion of it is set in the near future, Delany’s decision to set the novel in a rural community means that the technological advances of this world are largely unseen.

But there is also an emotionally affecting, and ultimately gut-wrenching, quality to the novel’s use of time. A relationship that had been described largely in physical terms in the novel’s first half becomes more philosophical and emotionally resonant as the two men age. But, just as the exploits of their younger selves exist a handful of pages away, so too does the memory of that relationship and the bodies that took bart in it loom, even as time continues to alter the contours of both. By the end of the novel, the physical and mental decline of both men turns heartbreaking—even though, given the temporal scope of the novel, this turn isn’t exactly a surprise.

Other works haunt in similar ways. Carol Shields’s The Stone Diaries and William Boyd’s Any Human Heart each follow a protagonist across the decades; moments of happiness are offset by sequences in which they encounter indignities—physical, emotional, and economic—due to their age. But there’s also an increased self-awareness, leading to a greater appreciation of their own life and an increased humanism. (The protagonist of Boyd’s novel, in particular, encounters horrific sadness multiple times, but also commits one fairly awful action as well.) It’s a balancing act for the writers at work here—a sort of narrative transaction, in which this hyper-awareness is exchanged for a reduction of other circumstances.

Robert Seethaler’s novel A Whole Life (recently translated into English by Charlotte Collins) puts an interesting spin on this balancing act. As its title suggest, the book follows its protagonist, Andreas Egger, over the course of his life. He is not a character given to moments of self-consideration; instead, he is defined for large portions of the novel by his own physicality. Egger makes his living in a rural town in pre-World War II Austria as a laborer; after the war, when that work has gone away, he finds new employment serving as a guide for visitors to the mountainous region that he calls home. But the specter of aging is ever-present: rather than opening with Andreas’s birth, Seethaler opts to begin with a scene from 1933, as Andreas attempts to save the life of Hannes, a dying man, by carrying him to the village. This goes badly: the two have a tense metaphysical conversation, and ultimately Hannes breaks free, vanishing into a winter storm.

Parallels abound between Egger’s early life and his inevitable aging. In one passage, set when Egger is in his late fifties, Seethaler describes the impact of daily physical labor on Egger’s body.

But in the evening he would fall into bed convinced that he would never be able to get up again unaided. His crooked leg was now virtually numb around the knee, and whenever he turned his head so much as a centimetre to the side a stabbing pain in the back of his neck ran like a burning thread right down to his fingertips, forcing him to lie on his back and wait, motionless, for sleep.

Egger’s eventual death is described in peaceful terms, though the note on which the novel ends is a more complex one, describing a journey that he takes out of “an inner restlessness.” Here, then, is a contrast to the novel’s first half, when the younger Egger acted as a deeply physical being, not given to moments of quiet contemplation. It’s a subtle and symmetrical end to this book, and one that makes room for the progression of the life alluded to in its title.

This isn’t to say that all fictional explorations of aging are somber and philosophical. Juan Pablo Villalobos’s I’ll Sell You a Dog, translated into English by Rosalind Harvey, takes a frequently puckish look at the subject. The novel’s narrator occasionally flashes back to scenes from his younger days, a common fictional device that’s often used when dealing with an aging main character—see also, among others, Paul Harding’s Tinkers and Laird Hunt’s Indiana, Indiana. Villalobos’s narrator juxtaposes his present-day life as a retiree with moments from his younger days, including scenes from his childhood and of the time he had a romantic rival in Diego Rivera.

While questions of memory, reliability, and lost love all factor significantly into the novel, the tone here is hardly elegiac. Instead, it’s deeply irreverent: a running subplot involves the disposal of the body of the narrator’s family’s dog, which becomes a recurring motif. As for the narrator, his age is rarely forgotten, though he seems to be narrating the book from a distance of some time after the events covered: the first three words of the novel are “In those days.” He is constantly referred to as a “dirty old man” (a not inaccurate description), and the specter of his mortality is felt from time to time. “[T]he past was no longer what it had been,” the narrator writes as the first part of the book ends, which could be taken as a metaphysical statement or a comment on the fallibility of memory in advanced age.

In a novel as trickily arranged as this, though, opting for the simple answer can be troublesome; there are genuinely affecting aspects to the book along with jabs at the overly intellectual and theoretical. It’s a book in which philosophers can be name-dropped, and a book in which a butcher surreptitiously turns the body of a deceased pet into food for those unaware of its true origins. In other words, it’s a novel as messy as life, with the accumulated force of time. Its narrator’s age, then, becomes a way for Villalobos to work in an abundance of life experience, questions of memory, and a distinctive outlook on the world around him. Though a novel covering similar thematic and aesthetic ground with a 25-year-old narrator could be written, the narrator’s longer life here suits the story being told better.

Sometimes, aging in fiction can be a prompt to usher in the transcendental and uncanny. Marian Leatherby, the protagonist of Leonora Carrington’s 1976 novel The Hearing Trumpet, learns that her family plans to confine her to a home for the elderly. This seems like it could be the start of a study of intergenerational cruelty, but instead it turns into something much weirder. It’s an already-baroque novel in its construction: the novel was published in the 1970s, and Marian’s age of 92 signifies that she’s someone whose life has extended into multiple centuries. The title refers to the device which she uses to hear, and the initial pages seem to establish her as someone almost out of time.

At least, that’s what might happen if this was a realistic novel. Simply put: it’s not. Marian discovers that strange things are afoot at the home where she ends up: conspiracies and potentially supernatural events abound. In fact, they escalate, until an ultimately cataclysmic event forever alters the world order, with Marian and her cohorts at the center of it. As with much of Carrington’s work, there’s a quality present here that’s not unlike a fable—the idea of an undervalued character at odds with society as the story opens ultimately revealed as someone with a vital or transformative role in it by story’s end. That the hero here is a nonagenarian—and that Carrington is essentially spotlighting the way that Western society ignores or overlooks the aged—is a memorable twist on this familiar trope.

A work with characters who grapple with the effects of age doesn’t need to be confined to the morbid or elegiac. As the likes of Villalobos and Carrington show, an aging or elderly protagonist can be as vibrant or unpredictable as a character decades their junior, and their presence in a skewed narrative can further defy expectations while increasing the humanistic tone of the novel as a whole.

Writing a Novel is Just Like Searching for Ecstasy in Cambodia 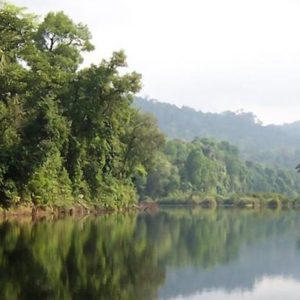 Writing a Novel is Just Like Searching for Ecstasy in Cambodia

One morning a few years ago I was in bed in Upstate New York texting with a private investigator friend of mine. I’d just...
© LitHub
Back to top