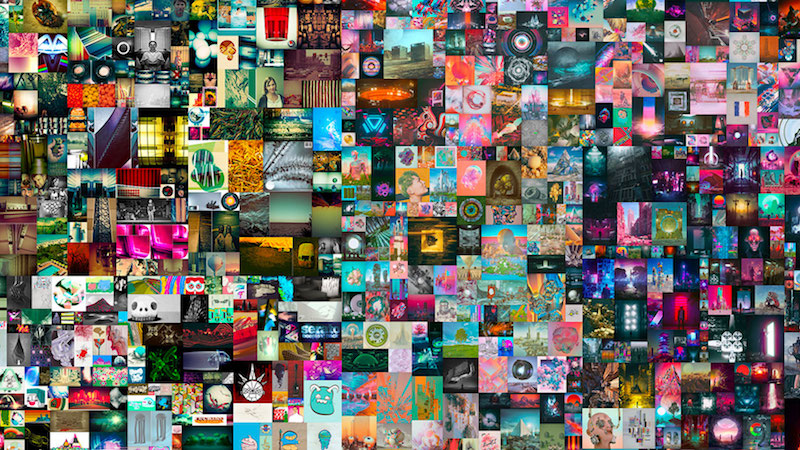 Via ECW Press
By Ethan Lou

In 2015, writing for the Toronto Star, I reported on how the Eswatini King Mswati III’s official plane had been detained in Canada. The associated lawsuit spilled forth a lot of private details, such as how the king did not like sharing the washroom with others. Suffice to say, I did not write a flattering story.

As I continued covering the developing case, the mood of the Eswatini authorities turned against me. The king’s private secretary was abrasive on the phone. Officials from Eswatini were dismissive toward me in court. But getting comment from people about whom we write is both an ethical and legal requirement. I had to repeatedly make overtures to those I knew disliked me and would not treat me with much courtesy. That whole experience was deeply uncomfortable—but not the most uncomfortable.

Later in 2015, a 14-year-old girl in Toronto was killed by a stray bullet from a gang shooting. I was sent to get comment from the mother. As I pulled in to her residential compound, I could see from the distance that the door was open, and there were at least 20 people gathering there, spilling out onto the lawn—family, friends, neighbors—sharing a collective gloom.

I had written about more than a dozen murders at the time, talked to all sorts of grieving family members. But something about that day was different. I can’t remember how long I stood there by the car, rooted, watching the scene. I was still smoking then, and I went through so many cigarettes that it sickened me. I did eventually make the approach try to talk to the mother. I no longer remember much from that interaction—only that I reeked, that I was unsuccessful, and that, at the time, I did not think I could ever feel more uncomfortable again. On that last point, I was wrong.

In 2019, I started writing my upcoming book Once a Bitcoin Miner: Scandal and Turmoil in the Cryptocurrency Wild West. I sometimes think of it as the opposite, in a way, of Lisa’s Taddeo’s Three Women. That book is about the sex and emotional lives of three women, who gave Taddeo wide access and consented to being her subjects. My book is, in part, about two men and their financial lives and their bids to rise from their complicated pasts. Neither gave me much access or wanted to be in the book, even as I actively sought their sides of the story. Writing that book was very uncomfortable.

Ultimately, I’ve come to realize that it never gets any easier. Humans by nature dislike confrontation, and I think I especially so. I don’t think I will ever lose that uncomfortableness. But I also learned that’s OK.

In Game of Thrones, northern customs dictate, “The man who passes the sentence should swing the sword”—to take a life is a serious, drastic move; if you as the liege lord are not willing to bear the discomfort of killing, then perhaps the person before you does not really deserve to die. Similarly, if you’re not willing to look people in the eyes to put forth whatever you’re writing about them, then perhaps their lives do not deserve to be laid out publicly like that. It should be uncomfortable.

From a writing standpoint, the chief problem with depicting people who don’t want to be written about is that you do not get any cooperation from the subject. Therefore, there is choke on the flow of information. Ira Nadel’s unauthorized biography of the writer Philip Roth, done without any access to the subject, never did get as far as the one by the man’s official, carefully selected biographer, Blake Bailey (around whom a sexual assault controversy arose before the book was published). The last I checked, Nadel’s book had not a single review on Amazon.

Yet critics have said also said that, in Bailey’s book, the author brushes off and seemingly excuses less flattering episodes in Roth’s life, including other people’s accounts of his misogyny—a common disapproval lobbed at authorized biographies. When comparing two 2019 biographies on Canadian Prime Minister Justin Trudeau, John Ibbitson writes in the Globe and Mail newspaper that the title that had more access “at times reads like a Trudeau memoir,” with the author lost among the lengthy quotes, reduced to being “the ghostwriter of his own book.” When a book is officially sanctioned, it’s hard to escape the perception that it is simply a megaphone for the subject rather than a critical examination.

There’s that quote often incorrectly attributed to the writer George Orwell: “Journalism is printing what someone else does not want published; everything else is public relations.” There’s another saying in this profession that, if both sides of a story hate what you wrote, then you know you’ve done your job. Indeed, many columnists take pride in pointing out that both the left and right call them biased. At the heart of all that, distilled into its basest form, is the idea that the purest storytelling is the pugnacious, unapologetically independent kind.

I’ve thus always loved unauthorized biographies, especially when they are unabashed about how unauthorized they are. Hess, the title about the eponymous late oil baron by Tina Davis and my one-time newsroom colleague Jessica Resnick-Ault, has a chapter that begins with this scene involving the man’s son: “‘Please don’t write this book.’ John Hess made the plea directly to us.” Such books often show the intricate and fraught process of pursuing a story over the objections. To me, a lot of it is deeply uncomfortable on a vicarious level. But, somehow, in its own meandering way, that is the sort of book I ended up writing.

Once a Bitcoin Miner posits that the wealth pouring into the sector has made it its own insular ecosystem, and the fact that it’s so new means every entrant begins on more or less a similar footing. It’s thus not just a frontier for the restless seeking adventure or the idealist plotting revolution. It’s also a new world where those like the men in my book can go to bury their names, discard their pasts, and be born anew. Their stories outline the potentials and pitfalls of this domain, and they illuminate the human condition underneath it all. As cryptocurrency grows, its impact on the outside world increases, and I believe there is a public interest in telling such stories.

These days, however, a lot of traditional ideas about journalism are being challenged. Protestors at public demonstrations have balked at being photographed. A viral tweet in Canada talked about the impact when media report on publicly available social media content “without permission.” A book by a lauded investigative journalist was once dropped by my publisher after sources had complained that, in their view, he did not work collaboratively enough. That was not the reason cited for dropping the author, but the move had come after those complaints, laid out in The Guardian, had caused a stir. More and more, we are, understandably, talking about the issue of consent in journalism. What do we owe the people about whom we write?

It’s a difficult question. When I think of that, though, I think of the television show Billions. I love it, but one scene from the latest season bugs me to no end: Michael Prince, the billionaire, watches a television segment about himself expecting positive coverage, but is shocked when it features someone breaking a nondisclosure agreement to finger him in a major scandal. That scene reflects a textbook example of what not to do as a journalist. Prince should not have been shocked, for the journalists producing the show had an obligation to seek him for comment.

Such outreaches, of course, are not always pleasant for either side. In writing Once a Bitcoin Miner, for one subject, who had had a tumultuous and ultimately unsuccessful journey through the cryptocurrency space, I had to describe to the man every single unfortunate incident that had happened in his past that I had dug out. It was snowing that day, and we had originally planned to meet in person, but the phone had had to suffice. I could feel the tension in the conversation. I could have simply sent an email, but I felt that, if I could not look him in the eyes, he deserved to at least hear it from my voice.

Another subject was an entrepreneur, a man with a complicated past whose crypto adventures ultimately landed him before the local securities regulatory. While not for a lack of trying, I never did get to have a proper conversation with him. But there was a lot of abuse hurled at me through text messages and over the phone. Eventually, I had to track him down at a local casino. It was the most face-reddening and heart-thumping moment, and it did not end in his liking me more. But after everything, I slept deeply and dreamlessly, for I knew I’d done my duty.

What do we owe the people about whom we write—and how does that weigh against what we owe to the story? I don’t have all the answers. But I think they lie somewhere in that uncomfortableness in seeking comment. How a journalist feels in that moment of seeking comment is a reminder of the heavy responsibility of holding sway over people’s lives and reputations—an inverse memento mori of sorts. If the experience is easy and pleasant, you would not remember it. 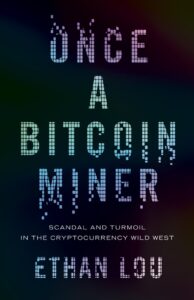 Ethan Lou is the author of Once a Bitcoin Miner: Scandal and Turmoil in the Cryptocurrency Wild West, to be published on Oct. 19 by ECW Press.

Ethan Lou is the author of Once a Bitcoin Miner: Scandal and Turmoil in the Cryptocurrency Wild West. His earlier book, Field Notes from a Pandemic, has received national accolades. Lou is a former Reuters reporter and has served as a visiting journalist at the University of British Columbia.

On Teaching at the End of the World 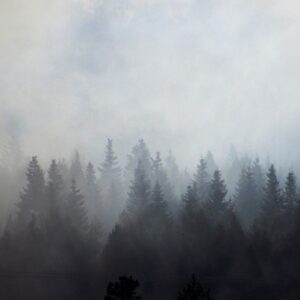 On Teaching at the End of the World This piece is part of a series from teachers on the ways their classrooms have changed over the last year. Read others here. * “At...
© LitHub
Back to top
Loading Comments...