A friend recently said to me, “Poetry is the non-profit of literature.” The public admiration for this particular artistic practice is as long-standing as the difficulty in securing practical support to back it up. Isn’t it incongruous to live in a culture in which one of the greatest compliments given to a work that isn’t poetry is that it is poetic, while little to no space is given to actual poetry?

I am laying down a sequence of thoughts I’ve had for a long time in order to open a conversation about alternative ways in which we can support poets. One reason People Who Aren’t Poets should care about the state of Poets is that there is in fact (to contradict myself) poetry in things that aren’t poetry, and it might very well bring you a moment of delight, which might in turn make everything ok for a spell; poetry is a kind of noticing, which can also function (like humor does) as an escape route from one potential meaning to another possibly more enjoyable meaning. And such a definition indicates that poetry can find its way into unexpected places.

So there is poetry in municipal and informal signage, in Craigslist postings, in online product reviews, in bar bathroom graffiti, in Louis C.K., in Marcel the Shell, in episodes of 30 Rock and Parks and Rec, in the films of Eric Rohmer and Noah Baumbach, in Ali Wong’s stand-up. There’s poetry in a couple that I see at the train station: they are middle-aged, she waits for his arrival from the city and they hold hands—everyday—on their walk home. There is poetry in most forms of uncertainty. There’s poetry in many things children say. There is poetry in remembering snacks from the 1980s, the Bugles we’d place on our fingertips like witches at the beach. There is poetry at my BART station because the escalators are named in near-invisible plaques: “Debbie” and “Timothy.” There is something at stake in seeing poetry outside of stanzas and being able to incorporate that sensibility into our days.

Of course many of us know that poetry is important and that’s part of the reason why the term continues to hold a place in the public imagination. (It’s why people share poems at weddings and funerals and in light of the terror of the recent election.) There are many awards designated to support burgeoning poets (their first book, their time, their potential) and many fewer in the arena of afterwards to sustain those individuals once they have reached their presumed desire to be actual—and, no less, living!—poets with actual books. Too often the industry seems to wave a couple of carrots before a field with no future. What follows a poet’s supposed period of emergence? What happens when a poet continues? I wonder what it would look like if poetry’s albeit limited resources were more evenly distributed across a life, because what’s the point of rushing initiation if there’s so little room to stay?

These concerns are certainly related to the periodic reports of the flooding of this country’s MFA (and, now, PhD in Creative Writing) programs and the proliferation of printed poetry volumes each year. I often think about what poets are to do for employment because, amidst the crisis of the humanities, we are no longer able to surmise that a poet’s occupation will involve becoming a professor. (Full disclosure: I have a day job as a part-time receptionist, which pays the rent and provides benefits while I edit and tutor to fill in the gaps.) And yes, there are plenty of examples of poets being able to be poets thanks to personal wealth. But if a poet is not a professor (perhaps they cobble together a few adjunct positions, we can consider that reality) and they aren’t born wealthy, making their poetry the center of life proves significantly more difficult. (This is a good moment to point out that if a poet does not teach they are considerably less likely to be invited to academic institutions to read their poems for healthy honorariums, a circuit that would greatly improve any poet’s yearly income.)

Some of us are arts administrators, some of us work in the service industry or have clerical jobs, some of us work in publishing (which is a trade partly built on the presumption that its employees can afford to work for peanuts as if there’s some other assumed support to fall back on, thereby reducing the potential diversity of our presses). Surely some of us do something entirely different and sustainable. There are historic success stories of art/life balance: William Carlos Williams was a doctor, Wallace Stevens was an executive for an insurance company, Marianne Moore was an editor. But how feasible are any of these paths today considering the continuous and hazy professionalization of poetry, which, in essence, herds poets toward the academic world as they acquire degrees that then can no longer necessarily secure them work in that very field? And how can any of these conditions create a viable future for poetry?

My intention is to create—by the grace of god and other people’s money—a fund that attempts to close these gaps by giving financial and temporal support to a cohort of poets making less than a livable wage in order to make their lives more manageable. For instance, think about the impact of six to eight thousand dollars a year with a commitment of five to seven years of support. Maybe it means that, as an adjunct, a poet can teach two or three fewer classes per year, or, for another poet, that they might be able to work one less shift each week at their day job to make space for their writing. Maybe it means they’d have better health insurance or funds to travel in support of their book, as poetry publishers most often don’t have budgets for helping poets afford the travel to promote their books. Maybe they can afford an apartment with an extra room to work in, or, depending on their real estate market, an office away from home. Maybe it means they can start saving. Distributing smaller amounts of money over a sustained number of years will have a greater impact on a person’s life than a single check. Money is always helpful but more important is the acknowledgement that there will be continued assistance for several years. Time is a greater commitment than money.

As I see it, these grants would be awarded both to the kinds of individuals who follow deadlines and apply for such things, and, via a nomination process, to people who have not, and might not have otherwise, applied. Both kinds of poets have the capacity to produce good work and both deserve support. The objective is to help people who have demonstrated a commitment to poetry—poets who have published a book or two already and are hitching toward the mid-career state of mind—and for whom continuing their writing practice is a difficult financial decision. The objective would also be to ensure that the poets are enabled to work unhurriedly on their craft. This cohort’s only responsibility would be to meet once a year to present their works in progress to each other. It’s an attempt at not rushing poetry. It’s an attempt to even the impossible playing fields. It’s an attempt to create a flexible grants program that can grow along with the needs of its grantees. I call it The Long Nest Program.

In the Bay Area, one organization doing such excellent work is the Sustainable Arts Foundation, which gives grants to artists and writers with children, and as of this fall, at least 50 percent of their grants will go to applicants of color. Another example of pioneering funding is the work of Creative Capital, which (among other things) gives longer-term support to six writers every couple of years. What other models could we envision from these organizations’ deft work? Imagine a national organization that gave “lightning grants” to poets whose computers broke, or to poets who needed funds for a last-minute opportunity to travel for a reading. The grant world tends to reward people who are able to plan years in advance, but as we also know, spontaneity is a great prophet of invention. (Sometimes, shit just comes up and that doesn’t make it any less of a meaningful opportunity for everyone involved.) What would it look like for an organization to facilitate this kind of practical, modern flexibility? The Foundation for Contemporary Arts—founded by Jasper Johns and John Cage as a result of helping their friend Merce Cunningham—has an emergency fund to help visual and performance artists who receive eleventh hour opportunities to present their work and who don’t have the time to find other funding. So what would an organization like that look like for poets?

Some of these questions could also help us look even further beyond traditional and existing modes of marketing and engagement. Please read this recent and remarkable article about the state of poetry in England, which I’d love to see translated into the American communities. What if, instead of sending advance reader copies to reviews editors (at institutions that are printing fewer and fewer reviews of poetry) publishers sent 100 copies of a new book to civilian brand ambassadors who could in turn, based on their admiration for a book, pledge to hand-sell that poetry title to five or ten people? (Yes, this is also how we could think of booksellers, but aside from a handful of superlative bookstores, say, like City Lights, new and midcareer poets are—more often than not—absent from the shelf.) How could publishers attract new audiences while priming their writers to feel happy with the production/object of their accumulated years of work even if a book isn’t covered in The Big Places? The continual reliance on the dwindling space for poetry in newspapers and magazines only perpetuates the community’s assumption that poetry is part of the book industry’s conversation. It really isn’t.

Which is to say: we need to establish a new structure of funding and the accompanied reckoning around the ways poetry exists in the US. We need a new system of value based on a different exchange economy. We can’t say that we value poetry without also valuing the poet. 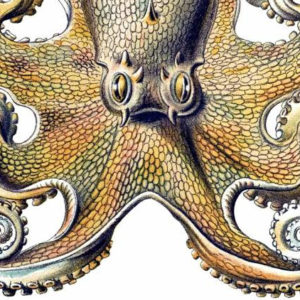 The National Book Critics Circle has announced finalists for this year's John Leonard Prize for a first book in any genre:...
© LitHub
Back to top