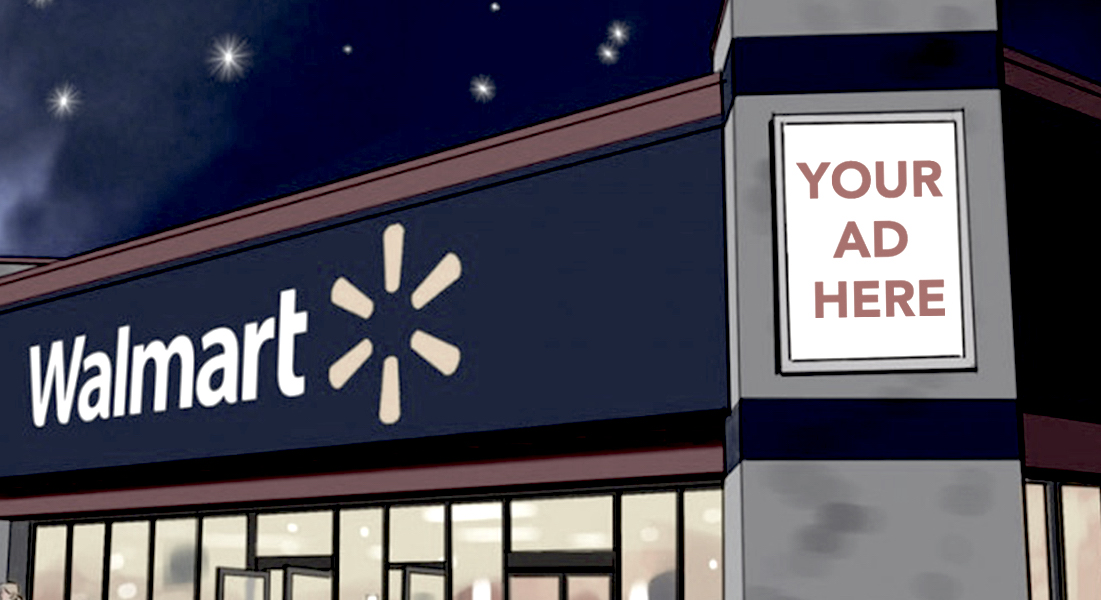 How did Walmart end up promoting Hitler’s Mein Kampf?

According to Business Insider, the since-deleted post featured an oil painting of history’s greatest monster underneath a message urging customers to “start reading with Walmart eBooks today.”

Worse still, as Áine Cain reports, “The cached page on Walmart.com listed the price of Hitler’s autobiography as $14.88, a numeral that holds special significance to white supremacists. The number 14 reflects a popular white power slogan: ‘We must secure the existence of our people and a future for white children.’ The number 88 is shorthand for ‘Heil Hitler,’ with H being the eighth letter of the alphabet.”

Apparently Walmart (who have since removed the ad and title, and issued a clarifying statement) is just one of a number of major online booksellers to find itself infiltrated by a shady and possibly defunct publishing company, Metal-Inex Inc., which appears to exclusively hawk fascist and proto-fascist texts.