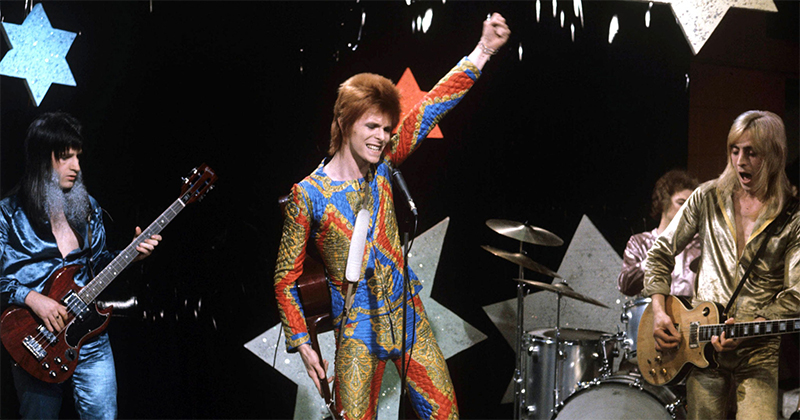 VIA The Overlook Press

2016 was a terrible year for the entertainment industry. For a while, it seemed that every time you opened a newspaper, or every time your smart phone signaled an update from Twitter or Facebook, the noise heralded the death of yet another great: in the first five months of the year alone, the music world lost Prince, Maurice White of Earth, Wind & Fire, Glenn Frey of The Eagles, Jefferson Airplane’s Paul Kantner (coincidentally on the same day that Signe Anderson, the Airplane’s original singer, also passed away), Keith Emerson of ELP (his erstwhile musical partner, Greg Lake, would follow him through the pearly gates in December), Beatles producer Sir George Martin and so many more that people started taking bets on who we would lose next. By the end of the year we had also lost Leonard Cohen, Pete Burns of Dead or Alive and George Michael.

It wasn’t just the music world, of course. Authors, entertainers, sports personalities, film and television stars and more were dropping like ninepins, but none of them (with the possible exception of Sir George) had the cultural impact and not one evoked the devastating feeling of loss quite as much as the death of David Bowie. With a recording career spanning 52 years behind him, and a heartbreaking new album (Blackstar) issued less than 48 hours before his untimely passing, Bowie’s death resonated around the world. For many people, the death of the man born David Jones in the London suburb of Brixton signaled the end of an era. And it was.

His decision to die offstage, to keep his private health battles to himself, coupled with the fact that his career had recently been undergoing a renaissance, only served to amplify the sense of shock. These days we are bombarded with the ins and outs of so-called stars’ private lives; for Bowie to swear the few who knew about his terminal cancer diagnosis to secrecy meant that when the announcement of his death was made, it was almost as shocking as the assassination of his friend and occasional collaborator John Lennon had been in December 1980. Like Lennon’s, Bowie’s death had a far greater impact than that of most musicians—greater even than that of Queen frontman Freddie Mercury, who in 1991 became the first major rock star to die from AIDS.

It somehow seems right that a wider audience would mourn Bowie, for he was more than a musician. David Bowie was an actor, a writer, a painter, a fashion icon and a trendsetter . . . and he was directly responsible for the proliferation of lesbian, gay, bisexual and trans musicians we have today. “David Bowie was the perfect fantasy and foil for the teenage gay kid at the time,” says Kid Congo Powers, former member of The Gun Club, The Cramps and Nick Cave and the Bad Seeds, and currently fronting Kid Congo Powers and the Pink Monkey Birds. “He was a rock star, androgynous, hedonistic and an alien from outer space, typifying exactly what a gay teenager experienced. We felt like aliens growing into our bodies and experimenting with alcohol and drugs. I could relate to the Bowie image—hook, line and sinker.”

In January 1972, less than five years after a change in UK law meant that gay men were no longer to be persecuted for simply having sex, Bowie told Michael Watts, a journalist from the Melody Maker, “I’m gay and always have been, even when I was David Jones,” a statement that would resonate with a number of young people and have far-reaching repercussions.

“I was desperately searching for some kind of gay identity when I was a teenager, and books and films and pop music were one of the ways I found that,” Frankie Goes to Hollywood’s Holly Johnson told Gay Times in April 1994. “It was like that feeling the very first time you go to a gay club: you realize that there are other people like you. It was all quite a revelation. David Bowie, Marc Bolan, Roxy Music, Lou Reed. I used to tell people ‘Oh, I’m bisexual, just like my hero David’!” To Paul Rutherford, he “was too wonderful. He was like a gift from the Gods, with that kind of talent.”

“Bowie’s outrageous campery and sexual androgyny was a revelation.”

On a Saturday morning the radio was on and the BBC played “Andy Warhol” [also from Hunky Dory]. I vaguely knew who Andy Warhol was by then but what I was taken with was Bowie’s flamboyant singing, a sort of gulping yodel that caught me aside swipes. A mental note was made about this boy. I was up in London, shopping for clothes in Kensington Market in the summer of 1972, and was having a burger for lunch in a café there, when a record stall a few feet away put on the just-released Ziggy Stardust album, very loud. Man, I was in heaven. I’d just bought a sailor jacket, which I was to dye red (it went pink!), and I was having a burger and a milkshake, with “Moonage Daydream” bending my brain. It was the same record stall that featured in the Clockwork Orange film. Seriously. It was all too perfect.

When Bowie draped an arm around Ronson on the BBC’s flagship music show Top of the Pops a few months later, a nation was outraged. Well, the majority of the nation, anyway: there can be little doubt that the indignation of their parents only helped to endear the otherworldly Bowie to young viewers. For the generation that would spawn the out-gay pop stars of the 1980s, Bowie’s outrageous campery and sexual androgyny was a revelation, and for many watching that Thursday evening as David and Mick pushed the bounds of acceptability during their performance of “Starman,” Bowie’s current hit single, their own personal journey began. “Bowie did not make me gay,” says Andy Bell of international hit act Erasure, “but it was pretty staggering seeing him perform on Top Of The Pops. The music was for a slightly older crowd in school who tended to over-intellectualize; as a boy from a council estate I felt a bit out of my depth.”

“I first saw David Bowie as Ziggy Stardust, performing at Lewisham Odeon in 1973 just before my 12th birthday,” Boy George revealed in a touching tribute to his hero published just two days after his death. “I have been a loyal fan since that first concert. As a teenager growing up in Suburbia, I was very much the odd one out and Bowie was the light at the end of a very grey tunnel. He validated me and made me realize I was not alone.” Fellow hit-maker Marc Almond felt the same way. “He was so much more important to me than my teachers,” he told The Guardian’s Jude Rogers. “He got me into books, music, films—that’s what great pop stars can do.” For a nation brought up to laugh at the colorless campery of John Inman, Larry Grayson and Melvyn Hayes (early evening television was full of nancy boys in the 1970s), David Bowie exploded from the TV set like a rainbow-colored angel. The opening couplet of “Rebel Rebel,” where he sang “got your mother in a whirl; she’s not sure if you’re a boy or a girl,” simply cemented his stature as the figurehead of the disenfranchised.

“It was only really on discovering the music of David Bowie that music suddenly was about me instead of about somebody else,” says singer-songwriter, broadcaster and human rights activist Tom Robinson. “That experience, of hearing music that I loved and having it emotionally resonate with me, was an enormously important factor for me, and I did say to myself in my early 20s that if I ever had the chance to make music that would also resonate with people like me—rather than people like them—then I would do that. And over the years that’s what I’ve tried to do. I was able to write songs where, ultimately, the relationships were kind of same-sex, implicitly or explicitly.”

Bowie may have backtracked on that later, telling Playboy in 1976. “It’s true—I am a bisexual” (and admitting that his first sexual experience, at 14, was with “some very pretty boy in class in some school or other that I took home and neatly fucked on my bed upstairs”), and seven years later confiding in journalist Kurt Loder that talking to Melody Maker was “the biggest mistake I ever made. Christ, I was so young then. I was experimenting,” but it did not really matter. In her 1993 book Backstage Passes—Life On The Wild Side With David Bowie, the Thin White Duke’s first wife Angie insisted that she had caught David in bed with Mick Jagger; other biographers have made similar claims. Bowie’s backing singer Ava Cherry stated that Angie did indeed find the two rockers in bed together—but that she was also there: “They made love to me,” she told the New York Post. “It’s called a cookie. I was the tasty filling. It was wonderful, just like it should have been—everybody on their respective side doing whatever they do. We were friends.” Gay, straight or bisexual: whatever word Bowie chose to define his sexuality, this particular cat was out of the bag—or rather the closet. He’d said it, in print, and for thousands of young LGBT people across the world, life was suddenly a little less suffocating. 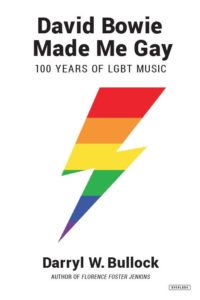 From David Bowie Made Me Gay: 100 Years of LGBT Music. Used with permission of The Overlook Press. Copyright 2017 by Darryl W. Bullock.

Darryl W. Bullock is a publisher, editor, and writer specializing in numerous areas including music and the arts. He is the author of The World’s Worst Records and posts weekly on his popular blog, The World’s Worst Records. Bullock helped launch We Are Family, the UK’s first magazine for LGBT families and their friends. He is the author of the acclaimed biography Florence Foster Jenkins: A Life of the World's Worst Opera Singer. 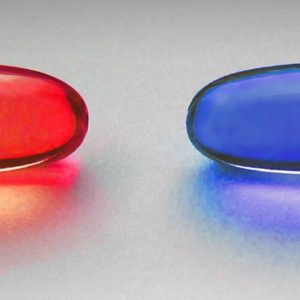 Imagine that you and a group of friends are walking through a tunnel, carrying a variety of objects. A backpack. A vase....
© LitHub
Back to top
Loading Comments...