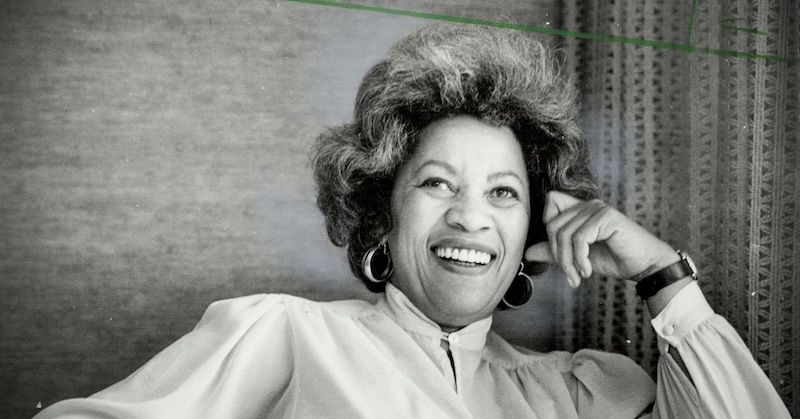 How communities are honoring Toni Morrison on what would’ve been her 89th birthday.

Today, February 18th, 2020, would have been Toni Morrison’s 89th birthday. Though she lived a full life, her death last summer felt unusually abrupt for many people, myself included. I had seen The Pieces I Am, a moving documentary about Morrison’s life, a couple of months before she died. It felt as though one moment I was getting wisdom from a beloved but distant relative and, in the next, the call dropped.

Memories of Morrison clearly haven’t faded, and in the months after her death, it seemed like her name was being evoked everywhere. Earlier this month at Princeton University, where Morrison taught for nearly 20 years and where her papers are held in a permanent collection, an event series called The Toni Morrison Conversations brought together playwright Anna Deavere Smith, novelist Marlon James, and poet Tracy K. Smith to discuss Morrison’s legacy.

A few miles away, in Oberlin, community members will celebrate Morrison’s life in a ceremony that revolves around a park bench she herself dedicated (and loved).

And in New York City, an annual Toni Morrison festival called Alive at 89 opens today at the Brooklyn Museum. The one-day event, which was founded by authors Magogodi Makhene and Cleyvis Natera, will feature a number of performers and writers including Pulitzer Prize-winning poet Tyehimba Jess and Mahogany L. Browne.

“When you look at Toni Morrison’s body of work and what she shifted in the culture,” Makhene told Refinery29, “she was one of the very first—if not the first—artists to look at Black life as worthy, not through an external gaze, but worthy in and of itself. And when you think about her legacy on the global map, it’s significant not just for African Americans, but for Black people throughout the diaspora and also on the continent.”

In a post for Ms., Janell Hobson, an academic who teaches transnational feminism at the University of Albany, describes a not-so-distant past when black feminist scholars and writers like Audre Lorde and Ntozake Change struggled to establish themselves against the “Dead White Men of the literary canon.” Apropos of this, Hobson invited four other black female academics to share how they’ve taught Morrison’s work in the classroom.

Even today, Morrison’s writing elicits surprising reactions. One California school district recently removed Morrison’s debut novel, The Bluest Eye, from its core reading list after parents complained about the book’s depictions of sexual violence. The Bluest Eye was the only work to be removed from a catalog of nearly 500 books.

“There are dozens of books on the list that deal with controversial issues,” one of the Colton Joint Unified School District board members said. “Yet, the only one being removed is by Toni Morrison, one of the most prominent black female authors of recent time.”

Thankfully, the Colton Joint Unified School District is in the minority today.