How Cherokee Citizens Are Writing Themselves
Into the Future

Erika Wurth on the Literature of Native Sovereignty

Identity is not a straight line for Native Americans, even though citizenship in our various nations is. It is (almost always) based on lineal descent, and it is complex, and it varies incredibly from nation to nation, and it doesn’t begin to cover who is “really” Indian and who isn’t, nor what that even means. One aspect of that debate that is applicable and addressable, though, has to do with sovereignty, or the right to self-govern.

Sovereignty reaches beyond identity—it is about protecting the land, language, spirituality and traditions that matter for Native people as we survive, as Native people, into the future. Lately, this relationship between Native people and sovereignty has been showing up more starkly in literature by a number of Native writers—in particular, Cherokee citizens—and changing the landscape of Native American literature. Cherokee citizens, and others enrolled with or descended from Native nations, are illustrating that seeing oneself as Native American has less to do with individual notions of who we are as Native people, and more to do with protecting the rights of our nations in the more concrete ways described above. Historically, the Cherokee Nation of Oklahoma has been a leader in securing its own sovereignty and so has expanded in numbers and power in every generation, since its removal to Oklahoma.

Of all the Native writers who have hit the mainstream in recent decades—including Momaday, Silko, Erdrich, Alexie, and Orange—none of them have been citizens of any of the three federally recognized Cherokee Nations. It’s clear, though, that in the last few years, a number of Cherokee citizens are stepping to the literary fore—and I believe that the Cherokee Nation’s growing power, through sovereignty, has made this possible, with significant implications for contemporary Native American letters.

Alan Ray, writing in the Michigan Journal of Law, noted that the Cherokee Nation’s emphasis on sovereignty led, in part, to its status as an economic leader, generating huge revenues for Cherokee Nation Enterprises that trickled down into many citizens’ everyday lives. However, he also wrote that the Nation has relied too heavily on the idea of race, a tactic with deep historical roots. A person can enroll with the Cherokee Nation as long as they can trace their ancestry to the Dawes Rolls, a document that recorded the names of all Cherokee citizens who were present at the time of removal to Oklahoma. The Nation did not discriminate based on blood quantum, a phrase that describes efforts by first the government, and subsequently by individual Native nations, to define a person as Native American based on their percentage of Native American blood, or ancestry.

Other Native nations do discriminate based on blood quantum, requiring that a person be a certain “amount” Native American, in order to enroll as a citizen of the nation. Many have argued for other means of enrollment, like those wherein folks would have to live in the territory of the tribal nation, speak the language, or take place in cultural, spiritual and/or governmental activities in order to be a citizen. But even the most radical, sovereign-forward, Native activists would find this difficult, as many jobs—and other aspects of life—often require diasporic living.

The push by nations to assert their sovereignty in recent years has had no small effect on the material, intellectual, and creative lives of their citizens.

Many Americans know about the Trail of Tears, the forced relocation and march of the majority of the population of the five tribes considered “civilized” by the US federal government, tribes, to Oklahoma. Once those nations—the Cherokee, Chickasaw, Choctaw, Creek and Seminole—reached Oklahoma, it wasn’t long until their sovereignty was nearly decimated by two destructive acts of government. First, the Dawes Act of 1887 broke up those nations into individual property allotments and gave that land to people who had been documented as citizens of the tribal nations, all within a very narrow time period—a move that trickled down through the generations, interrupting the previously held notion that these nations should have land held in common like any other nation. It also allowed for the government-sponsored (further) theft of Native American land, as land that was once held in common by Cherokee citizens was issued to white Americans by the American government. The Curtis Act further eroded sovereignty in 1898 by determining that appointees of the federal government would govern these nations.

Though these two laws have never been repealed, the nations found an unexpected ally in President Richard Nixon. A number of Native American activists occupied Alcatraz for 19 months from 1969-1971 in order to illustrate that as a surplus federal territory, the island and other territories should be eligible for return to Native nations. Following this, Nixon initiated, in his address to Congress in 1970, a call for a general movement to return sovereignty—actual, material governance and self-determination—to Native American nations, in particular the right to elect our own government officials, rather than have the Bureau of Indian Affairs in Washington govern the laws of each Nation. The effect was profound. Sovereignty was further bolstered in 2018, when an amendment to the Stiller Act of 1947 forbade state governments from interfering with allotments of land to citizens of Native nations of Oklahoma who were of less than 50 percent Native American descent. For the Native Nations of Oklahoma, this policy, coupled with the absence of blood quantum requirements for citizenship, has led to growth that is unprecedented since colonial times, all due to increasing rights to self-governance.

The push by nations to assert their sovereignty in recent years has had no small effect on the material, intellectual, and creative lives of their citizens. The Chickasaw nation is now producing films, has started its own press, and like the Cherokee Nation, has launched a momentous effort toward language revitalization. A number of books that reflect this change, including Where the Dead Sit Talking by Brandon Hobson, Cherokee America by Margaret Verble, and Crooked Hallelujah by Kelli Jo Ford, have been published by larger imprints since 2018.

A number of presses have historically published Native writers, but what’s telling, and indicative of a shift to a more sovereign-centric Native narrative—one in which authors can define nationhood in more sovereign vs. individual terms—is the history of the presses publishing the most contemporary Cherokee citizens. Grove Press, which is publishing Ford’s book, and Soho Press, which published Hobson’s book, are not only independent, but iconoclastic, and both have worked for a long time to acquire books that push against the norms of mainstream publishing. Although Houghton Mifflin Harcourt, publisher of Cherokee America, has a less subversive history, the novel that it chose to publish is deeply sovereignty-forward, with virtually no concessions to mainstream notions of what is Native American (and, more specifically, to what is Cherokee). For example, the Cherokee language, without translation and using its own syllabary, is scattered throughout the novel.

Hobson’s Where the Dead Sit Talking speaks to one of the most misunderstood aspects of sovereignty, which has to do with The Indian Child Welfare Act (ICWA), a law that allows for the forced assimilation of Native children, and therefore Native nations, via the adoption of Native children to non-Native families. Children from Native homes deemed “unfit” by the state—a designation whose history is fraught—are adopted out to white families, putting the future of our nations in danger. Since the Cherokee Nation has no blood quantum minimum, and its citizenship is based solely on lineal descent traceable to the Dawes Rolls, the Nation is better able to protect its sovereignty by making sure that their children stay in their own families. If an Indian child is enrolled, it is much harder to remove them from their communities under the ICWA.

Where the Dead Sit Talking by Cherokee citizen Brandon Hobson addresses this issue, one that is rarely seen in Native American literature. It follows a protagonist, Sequoyah, and his sort-of love interest, Rosemary. Both are Native and have been placed in a non-Native foster home. Though the foster couple is well intentioned, both Sequoyah and Rosemary suffer for that placement; Sequoyah develops life-long depression and Rosemary ends up dead.

If Hobson’s work illustrates the contemporary consequences of history and the American laws that have sought to destroy Native sovereignty with clear material effects, then Verble’s Cherokee America sets the historical stage for those issues, allowing us a window into life in Oklahoma right after removal from the Southeast and before the Dawes Act. Throughout the course of the novel, characters are forced to take desperate measures to stop federal agents from entering Cherokee land as the Dawes Act breaks up nations into individual allotments. Watching their community right before the fall is not only devastating, but educational; we can directly trace the consequences of those actions to life on the Cherokee Nation today.

Lastly, Ford’s novel, possibly one of the most lovely, gritty pieces of literature in contemporary Native letters by a Cherokee citizen, illustrates the daily consequences of the erosion of sovereignty. It does so while addressing poverty, abuse, addiction, and other issues that play a role in Native American communities, even as they are over-exploited for “tragedy porn” in stories fueled by stereotypes. What pushes against those issues in Crooked—and are illustrated in different concrete ways in much of contemporary Cherokee and other Native literature, are the very Cherokee values that have been bolstered by sovereignty: family, language, love of place, knowing where you come from, and hoping one day to return, when it’s safe.

Erika T. Wurth’s published works include a novel, Crazy Horse’s Girlfriend, two collections of poetry, Indian Trains and One Thousand Horses Out to Sea and a collection of short stories, Buckskin Cocaine. A writer of fiction, nonfiction, and poetry, she teaches creative writing at Western Illinois University and has been a guest writer at the Institute of American Indian Arts. Her work has appeared or is forthcoming in numerous journals including Boulevard, Drunken Boat, The Writer’s Chronicle, Waxwing and South Dakota Review. She is Apache/Chickasaw/Cherokee and was raised outside of Denver. 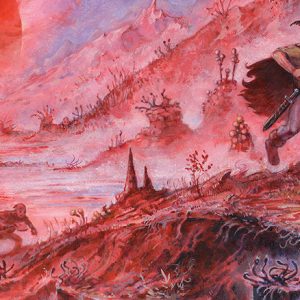 Sit down and have a cup of something to soothe yourself. Then try one or all or any of these books which I highly recommend...
© LitHub
Back to top