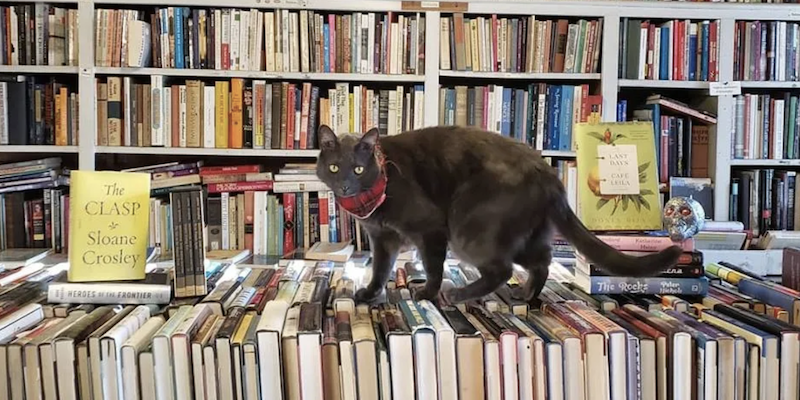 How can independent bookstores begin to pay their booksellers a fair and living wage?

We love indie bookstores. Even people who don’t read books love them. Insofar as movies and TV are a technicolor mirror of public perception, indie bookstores are wonderful and pure, quaint and charming—no one who works at (or owns!) an indie bookstore could be anything but a selfless and thoughtful champion of truth and beauty (even if they’re mean and sarcastic on the outside they most definitely have a heart of gold on the inside).

The problem with this widespread and rose-tinted version of independent bookstores is that it makes it easy to forget that to be a bookseller is to work an often thankless retail job for barely living wages with little to no benefits except for free books and the occasional opportunity to introduce local teens to the stories of Breece D’J Pancake or the early work of Anne Carson.

So how do we make bookselling—which, if we understand books as central to the ongoing attempt to puzzle out humanity and its complexities, is a worthy job—a better, longer-term career option for those who are most passionate about books?

This is one of the central questions at the heart of an upcoming two-part event called “Reimagining Bookstores.” Don’t let the title alarm you, this is not an app-based attempt to “disrupt” bookselling—in fact, the open forum is being co-hosted by a who’s-who of some of this country’s best bookstores, including Avid Bookshop in Athens, GA, San Francisco’s Booksmith, Kepler’s Books in Menlo Park, CA, Chicago’s Seminary Co-op Bookstore, and Seattle’s Third Place Books.

Reimagining Bookstores will consist of two three-hour open forums, to take place on Monday, October 18th (12pm-3pm PDT) and Tuesday, October 19th (9am-12pm PDT); the event is free to anyone who cares about bookstores (and booksellers!). In its own words, participants are being asked to