Along the way I’ve done a lot of different things with that Twitter account and its offshoots. Some worked, some didn’t. But the one that has had the longest shelf life has been a simple, long-lasting hashtag I created called #FridayReads. I think that its longevity holds a clue to the current success of BookTok, the bookish sector of that current social-media darling TikTok.

Note to the New York Times, which recently ran a feature article about BookTok: It may seem as if it’s all about the crying. It is, but not necessarily because viewers only want waterworks.

On BookTok, teens and young women sometimes talk about a recent read that brings them to tears, and they actually weep on screen as they discuss why the books moved them. This results in sales in a way Twitter and Facebook never could because crying BookTok teens bypass their audience’s rational filters and go straight for the amygdala. That’s right, the amygdala, not the mammalian brain, where the emotions live. BookTok’s success has to do with bypassing emotions and heading straight for instincts.

The people watching and buying and making these BookTok clips are largely under the age of 25.

You could make it stop, by engaging your prefrontal cortexes. . . ah, but wait. The people watching and buying and making these BookTok clips are largely under the age of 25. As any parent knows, it’s not until 25 that most people’s prefrontal cortexes are fully developed. Bypassing those “monitors,” if you will, accounts for all kinds of teenager and young-adult behavior.

Yes, some of that behavior is bad. But some of it, some of the neural plasticity, tightens the bonds between groups (sometimes we call them “cliques”) with great power to influence all members. Would you rather your daughter’s amygdala light up because of a video about false eyelashes—or one about a book that might encourage her to read an entire series, widen her capacity for compassion, and lead her on to other works of literature?

It’s easy to see which one I’d choose, either for my long-ago teenaged self or for my own daughters, who are already grown and lifelong readers. I believe in the power of sharing books in as many ways as possible, from a brief tweet to a brief BookTok to long works of criticism.

A long time ago—at least in social-media years—I had a colleague who built a tool to monitor the individual #FridayReads tweets that came in each week. At the height of that tool’s use, we got about 10,000 tweets from readers around the country and the world, sharing their book selections.

Except for occasional groupings of titles from, say, a high-school classroom or a book club, most of those tweets mentioned different books. Different books! Thousands and thousands of different books. Bestsellers, award winners, YA titles, genre classics, more. Every book its reader, every reader choosing their own books, but all of them eager to share books they loved.

Right now, BookTok promises big sales, and that will turn publishers’ heads. Of course it will; publishing is an industry. But I hope that the young women who make BookTok videos don’t get their heads turned by publishers, and instead continue to follow their instincts to share the literature that moves them to tears. 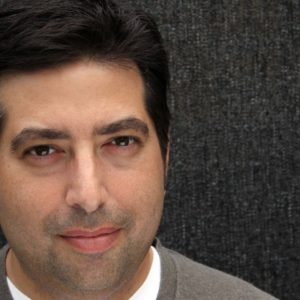 Tod Goldberg is the guest. His new book, The Low Desert, is out now from Counterpoint. From the episode: Tod Goldberg:...
© LitHub
Back to top