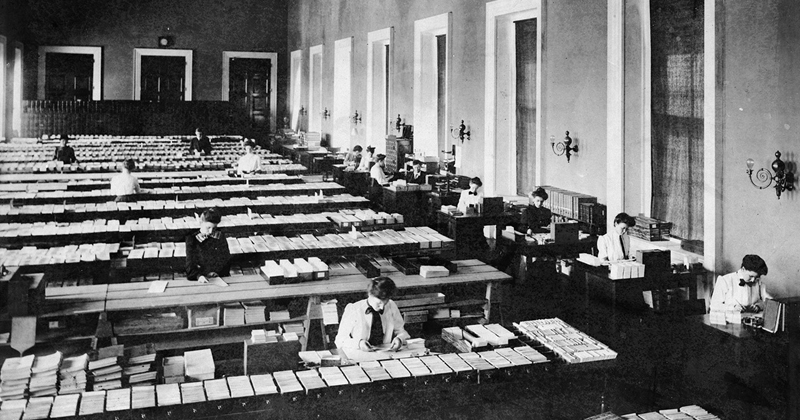 Xhenet Aliu on the Fine Art of Controlled Vocabularies

Every year, thousands of hospital patients die due to bloodstream infections introduced by the very central venous catheters that were inserted to help keep them alive. Central venous catheters are the rubber tubes attached to chests or necks that feed medicine and nutrition to critical patients, the floppy boughs between human and machine that telegraph the gravity of a character’s illness in medical dramas. The ports through which the catheters attach to the human body are also perfect little hell-mou

ths for infection, welcoming in, like baby birds, anything—sustenance or contagion—dropped in for them to feed on, often by medical personnel who didn’t make it through two rounds of the Happy Birthday song when washing their hands after their Panera breaks.

I know this not because I’m an epidemiologist but because I’m an academic librarian, and many of my patrons are panicked nursing students working on the capstone papers standing between them and the career that will immediately land them in a higher tax bracket than me upon graduation. I’m also a fiction writer, which is why I’m as interested in the human fallibility that those central venous catheter infections represent as I am on prevention strategies. My nursing students’ goal is to literally preserve life, which is why they deserve to pay back their student loans in fewer than thirty years. My goal as a librarian is to help these future nurses improve their care, which is how I can sometimes convince myself to sleep at night. My goal as a writer, meanwhile, is malpractice: I want that nurse to spill lukewarm broccoli-cheddar soup over her scrubs just before checking on poor old Mrs. Wallace’s catheter line, still rattled by having tagged the lifeless toe of the high school guidance counselor with whom she, at 14 years old, had had what she thought of until that moment as an affair.

There are a lot of ways in which librarianship and writing are complementary, which might explain—along with the steadier paychecks than freelancing or adjuncting brings in—why a number of writers have worked as librarians. Librarians and writers are both in the business of discovery—in general, librarians mostly look outward for it and writers dig down deep into what’s found, which is a pretty nice symbiosis between a day-job and whenever-else-you-can job. But it isn’t just the content I run across in an average day at the library that triggers my writer’s response (State of Scott; Boy Scout concentration camps; Motion Picture Country House; Mary Blandy—Google any one of them if you’re feeling blocked); the very conceptual framework of librarianship is often like a handy little writer’s guidebook.

“Librarian-me reminds writer-me that it’s also a writer’s job to control vocabularies, to organize the individually insufficient words in our language into patterns that provide entry points into the opaque concepts we don’t quite know how to talk about.”

The concept of controlled vocabularies, for instance. To a librarian, the problem with language is how many ways we humans can come up with to express essentially the same concept; a central venous catheter is also a central line catheter, central venous access catheter, vascular access device, peripherally inserted central catheter, and so on. Librarians manage this linguistic mania by using controlled vocabularies, which is a method of organizing all like terms under a single subject heading; for example, searching (MH “Catheter-Related Bloodstream Infections/PC”) would return any article in a database concerned with the prevention and control of catheter-related bloodstream infections, regardless of the phrasing used in the published work. The results of this type of search are more targeted and effective, sure, but there’s an elegance to this efficiency and distillation that I also find personally soothing, this belief that we can harness language to somehow manage all the ways humans can invent to miscommunicate. At first, writer-me might be offended by the suggestion that language complicates simple concepts. But then librarian-me reminds writer-me that it’s also a writer’s job to control vocabularies, to organize the individually insufficient words in our language into patterns that provide entry points into the opaque concepts we don’t quite know how to talk about or—even better—things we don’t want to talk about. Bad writing is the stuff that changes words around to make an old subject seem novel, without doing any work to shift perspective or understanding. Good writing—truly controlled vocabularies—operates with the understanding that different words, and different sequences of words, should only be used to actually shift meaning. It’s the opposite of redundancy.

But a librarian’s job is also to ensure that a user not trained in subject-term thesauri and taxonomies can still find literature that might help them, say, not kill an already critically ill patient. That means we have to also organize information using natural language, which is what it sounds like: we have to predict which words a human would choose to search for what they’re looking for, whether or not their chosen words are the most precise. A natural-language user might type into a search engine “hospital rubber tube blood infection,” and the information pros who index articles would have had to predict that “rubber tube” might, in this context, equal catheter and return articles like “Infection prevention with natural protein-based coating on the surface of Foley catheters: a randomised controlled clinical trial.” There’s not a whole lot of zing in a title like that, but there is a lesson in how it was retrieved; aren’t writers also responsible for intuiting miscommunicated needs, and articulating that which has been insufficiently expressed? Bad writing ignores natural language in favor to chase the artificial zing, which is what makes purple prose so offensive—instead of using language to facilitate access to meaning, it obscures it with yet more imprecision. Good writing understands and respects natural language, and it considers it in its responses. It’s for the best that writers aren’t paid by the syllable.

Back to those catheter-related bloodstream infections: it turns out there are little alcohol-impregnated ports that can be installed at the site of entry into the body which disinfect whatever’s fed into the tube before it enters the patient. They’re simple plastic connectors that cost pennies apiece, and they significantly reduce the numbers of bloodstream infections introduced through catheters in clinical settings, which means they can literally save lives. They’re also, apparently, not widely used, not because of cost restrictions but because clinicians simply aren’t aware of them—even for a librarian, literature on this topic is scant and difficult to find. This is how I’m reminded, at both of my jobs, that words matter: I believe that as a librarian, who wants her future nurses to keep poor old Mrs. Wallace alive, and I believe that as a writer, who wants to reveal the humanity of the nurse who tends to her imperfectly. These callings are not opposed, because I don’t believe we’ll ever stop falling short of what we need, and I don’t believe that’s reason to quit searching.

Xhenet Aliu’s new novel, Brass, is now available from Random House. Her debut fiction collection, Domesticated Wild Things, and Other Stories, won the Prairie Schooner Book Prize in Fiction. Her stories and essays have appeared in Glimmer Train, The Barcelona Review, American Short Fiction, and elsewhere. She holds an MFA from the University of North Carolina Wilmington and an MLIS from The University of Alabama. A native of Waterbury, Connecticut, she was born to an Albanian father and a Lithuanian American mother. She now lives in Athens, Georgia, and works as an academic librarian.

Same As It Ever Was: Orientalism Forty Years Later 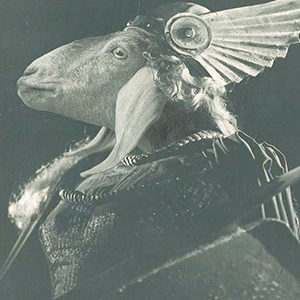 Madame Butterfly’s Happier Cousin In her second semester at an art academy in southern Germany, the daughter of a brewery...