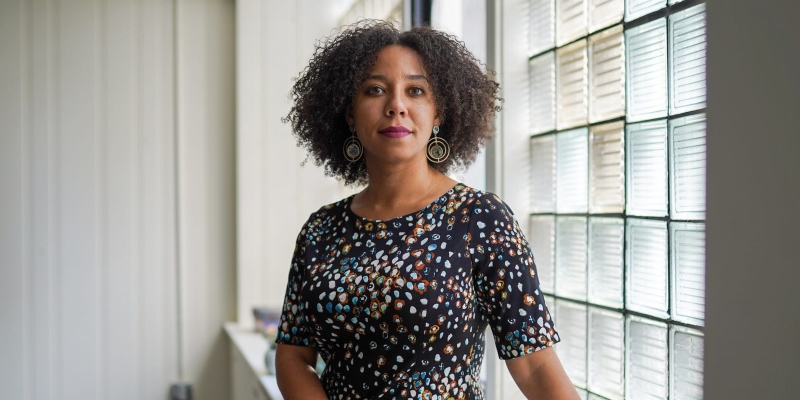 In Conversation with Alex Vitale on The Quarantine Tapes

On Episode 197 of The Quarantine Tapes, guest host Alex Vitale is joined by Amanda Alexander. Amanda is the Executive Director of the Detroit Justice Center, a non-profit law firm. She talks with Alex about the police abolition movement, the rise of “Defund the Police” last summer, and the ongoing work of community organizers within Detroit.

Speaking on what would have been Mike Brown’s 25th birthday, Amanda explains to Alex how she thinks about justice in terms of what needs to change for everyone we have lost to violence and the many other causes of premature death to be alive with their loved ones today. She speaks passionately about the decades-long work being done within the Detroit community to imagine and create the neighborhoods that they want to live in, her writing on the central role of Black women to these movements, and how her organization tries to keep their work sustainable.

Amanda Alexander: I think about justice as all of the things that we need to shift in society for Mike Brown to be able to celebrate his 25th birthday alive among his loved ones today. For Ma’Khia Bryant to be alive among her loved ones today. George Floyd, Tony McDade, all of these thousands of people who we have lost to police violence. But more broadly, I think about it in terms of how do we create the types of communities that would allow Black people, trans people, native people to have all of the elders that we are supposed to have? What will it take for us to transform our society such that we would be able to delight in watching each other grow old? Because it’s not just police violence that’s the problem—it’s all sorts of causes of premature death, and all of the ways that the state has abandoned entire populations to die. I think about what shifts in the world it will take in order for Black women not to experience high rates of mortality during childbirth. In order for people not to lose aunts and uncles in their 40s or 50s or 60s to heart attacks or things related to diabetes.

And what that shift will entail is an entire range of things that go far beyond the carceral system or police reform. And actually thinking about as a society, how are we investing in and committing to a completely different type of community, where people have excellent health care, excellent nutrition, phenomenal schools, all sorts of things that will make it possible for people to live long lives, fulfilling lives, in communities that are thriving. And that’s where I think the connection to defunding and divesting comes in is, is because we have so deeply invested in systems that produce premature death, that produce police violence, that produce all sorts of disparate health outcomes, and that’s a political choice. We have enough abundance to invest in the types of communities that would help people thrive, and that’s just a matter of political will and political power and movement building.

Amanda Alexander, founding Executive Director of the Detroit Justice Center, is a racial justice lawyer and historian who works alongside community-based movements to end mass incarceration and build thriving and inclusive cities. Originally from Michigan, Amanda has worked at the intersection of racial justice and community development in Detroit, New York, and South Africa for more than 15 years. Amanda is a Senior Research Scholar at University of Michigan Law School, where she has taught Law & Social Movements and was an attorney in the Child Advocacy Law Clinic. As a Fulbright-Hays Scholar, Amanda conducted research on land, housing, and inclusive cities in South Africa. Her writing has been published in The Globe & Mail, Detroit Free Press, Michigan Journal of Race & Law, Harvard Journal of African-American Public Policy, Michigan Child Welfare Law Journal, Journal of Asian and African Studies, Review of African Political Economy, and other publications.

Alex S. Vitale is Professor of Sociology and Coordinator of the Policing and Social Justice Project at Brooklyn College and a Visiting Professor at London Southbank University. He has spent the last 30 years writing about policing and consults both police departments and human rights organizations internationally. Prof. Vitale is the author of City of Disorder: How the Quality of Life Campaign Transformed New York Politics and The End of Policing. His academic writings on policing have appeared in Policing and Society, Police Practice and Research, Mobilization, and Contemporary Sociology. He is also a frequent essayist, whose writings have appeared in The NY Times, Washington Post, The Guardian, The Nation, Vice News, Fortune, and USA Today. 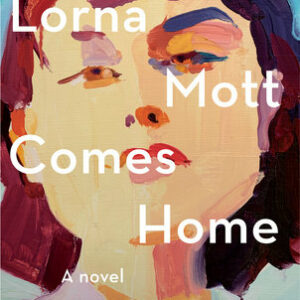 We must be prepared for things turning out differently than we expect. In the plane to New York, she had a plump, permanent-waved,...
© LitHub
Back to top