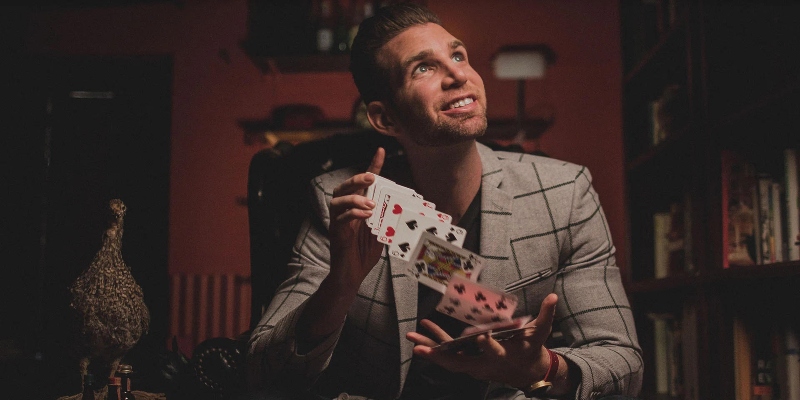 World-renowned magician Joshua Jay—author of the new book How Magicians Think: Misdirection, Deception, and Why Magic Matters—lays his cards on the table for Eve and Julie as they explore the artistry and mastery of the craft. They discuss what draws people to magic and why some devote their entire lives to it; the difference between surprise and wonder (and how a ham sandwich factors in); and how Joshua continues to find joy in his craft as his “doorway to wonder” closes. Joshua also gives Eve and Julie a peek behind the curtain of his mentorship with the mysterious and nocturnal magic artist Juan Tamariz, whom magic scholars consider the greatest living magician of this century.

Eve: In your book you quote your late friend, the magic scholar Charles Reynolds, who wrote, “The true magical experience should be more about wonder and less about wondering.” What does that mean?

Josh: Yeah, I know you guys are New Yorkers. Charlie Reynolds used to live in a beautiful old townhouse in the West Village, and he was one of magic’s great scholars. He had all sorts of these little aphorisms that are so beautiful. In that one, what he’s talking about is letting go of trying to figure it out. You know, most people think the point of a magic show is to see if you can figure it out, and nothing could really be further from the truth. As soon as you surrender that and give up in that quest, you open yourself up to all sorts of wonderful new feelings that you can experience in a magic show when you’re not just obsessed with this futile attempt to try and figure out tricks. So, it becomes more about wonder and less about wondering.

Eve: What’s the difference between wonder and surprise, and how is each of those things important in magic?

Josh: Surprise is a very dangerous thing for those of us who create our own illusions because surprise can be either out of left field, or it can feel perfect. In other words, if I produce a bowling pin, and then I produce a banana, you might go, “Wow, that’s really random. I don’t know how you did it, but why a bowling pin? Why a banana? Why in that order?” That’s a surprise, but it doesn’t feel fulfilling. But there are wonderful theories in magic, and one of those theories is called the Ham Sandwich theory. I love this. That theory is if I reach behind your ear, Julie, and I go, “Look! A ham sandwich!” and I produce a ham sandwich, you’re gonna look at me, and you’re gonna go, “Josh, that’s really troublingly weird. Why have you just produced a ham sandwich?”

Eve: And maybe a little gross.

Josh: Exactly. I mean, we don’t know—do you like mayonnaise? Do you want lettuce on it? Tomatoes? But the thing is, if we were walking around and you said to me, “Hey, Josh, I am so hungry right now, and what I could go for, believe it or not, is a ham sandwich.” If at that moment, I showed my hands empty and reached behind your ear and produced a ham sandwich, I have now fulfilled a need, right? I have now done something on command that is impossible, but also fitting to the situation. That’s the bull’s eye for a magician. That’s that sweet spot, is trying to find magic that feels needed and necessary and essential to whatever moment you’re in. You can spend a lifetime searching for tricks in that moment, in that sweet spot, but it’s finding out what people are hungry for and giving them their ham sandwich.

Joshua Jay is a former world champion in close-up magic and a Guinness record holder for card tricks. He makes frequent appearances on TV shows like Jimmy Fallon and The Late Late Show with James Corden, and he even fooled Penn & Teller on Fool Us. He’s performed in lecture halls all over the world and has authored four books on magic in addition to How Magicians Think.

Artist Diana Thater Is Determined to Reveal a World Worth Saving 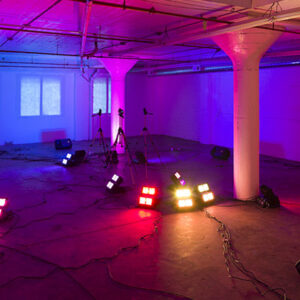 Artist Diana Thater Is Determined to Reveal a World Worth Saving