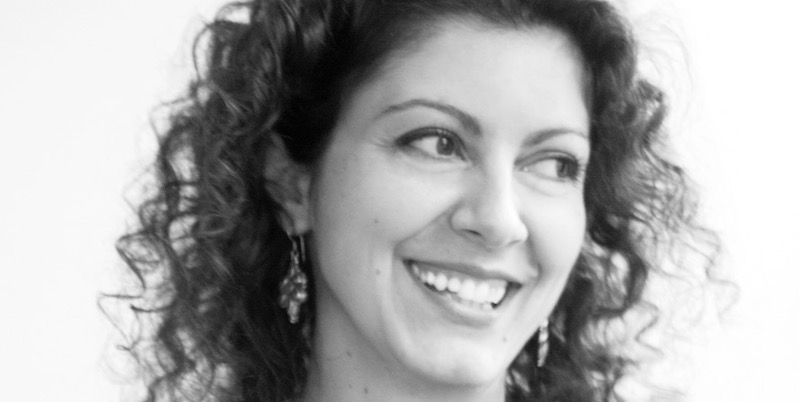 We’re delighted to announce the winner of the Restless Books Prize for New Immigrant Writing, which each year awards $10,000 and publication to a first-time, first-generation immigrant author, alternating yearly between fiction and nonfiction. The 2021 nonfiction prize goes to Ani Gjika for By Its Right Name, a memoir, which will be published by Restless Books in 2023. This year’s prize was judged by Francisco Cantú, Shuchi Saraswat, and Ilan Stavans.

Albanian-born writer Ani Gjika is the author and literary translator of eight books and chapbooks of poetry, among them Bread on Running Waters (Fenway Press, 2013), a finalist for the 2011 Anthony Hecht Poetry Prize. Her translation from the Albanian of Luljeta Lleshanaku’s Negative Space (New Directions and Bloodaxe Books, 2018) won an English PEN Award and was shortlisted for the International Griffin Poetry Prize, PEN America Award, and Best Translated Book Award. She is a graduate of Boston University’s MFA program where she was a 2011 Robert Pinsky Global fellow, and GrubStreet’s Memoir Incubator program where she was a 2019 Pauline Scheer Fellow. Having taught creative writing at various universities in the U.S. and Thailand, Gjika currently teaches English as a Second Language at Framingham High School in Massachusetts.

Read the Judges’ Citation:
In her courageous and profoundly moving memoir By Its Right Name, Albanian-born poet and translator Ani Gjika reconstructs her personal history in Albania, America, and beyond, naming traumas that often remain unspoken. Gjika is unafraid to delve into the most taboo topic for a woman raised in a religious family within a patriarchal society: sex. The book that emerges is memorable, rich, and daring, simultaneously a portrait of Albania during the fall of communism; an exploration of language, desire, and power; and a bracingly honest sexual coming of age that unfolds across continents.

By Its Right Name is a different kind of immigrant story, one that demands that we consider the specific, insidious ways that patriarchy controls a woman’s relationship to her body, mind, and expression. With a poet’s ear, Gjika finds language for confronting misogyny and the male gaze on the most intimate terms, ultimately revealing the transformational power of self-discovery through the written word. –Prize Judges Francisco Cantú, Shuchi Saraswat, and Ilan Stavans

Ani Gjika on her winning memoir, By Its Right Name:
I was born in 1978 in Tirana, Albania and raised in a secret Christian Protestant family when religious practice was forbidden. I grew up on Old Testament stories, Greek myths and Albanian legends that valued women’s sacrificial roles in family and society. 1990 marked the beginning of my adolscence at a time when Albania experienced the collapse of a 50-year old communist dictatorship and extreme rape culture on the streets. It also marked a shift in my identity, from someone curious and passionate about words and stories to someone quickly erasing herself to escape the male gaze. In 1995, my father won the US Diversity Visa Lottery and my family and I moved to the States the following year when Albania was at the brink of civil war. Being 18 and the only Albanian in my college, I discovered the power of language in literature classes and poems I began writing in English. Language as identity is a predominant theme in my memoir.

My immigrant experience has been one of dual identities. On one hand is my life as a writer, at home on the page, capable of being intimately honest with her readers and finding strength and confidence in that. On the other hand is my life as someone who learned English in adulthood, still struggling to articulate herself in public and terrified by that. This identity competes with the former and at times threatens to undo the writer’s attempts to move forward. But my book is evidence of the person who loves and tends to this struggle between self-reliance and self doubt inherent in being an immigrant.

Set in four different countries—Albania, Thailand, India, and the U.S.—By Its Right Name revolves around themes of language, sexuality, power, and identity, and focuses on the conflicts inherent in moving from one continent to another, trading one language for another, and transitioning from a life of secrecy to one of self-discovery and personal liberation. What inspired me to write this book was a period in my life when I learned to listen to my body and my desires when a post-communist girlhood ensured I grew up afraid of men. I see the question at the heart of my book being: who’s in charge of women’s bodies? My book examines a girl’s journey to womanhood despite being displaced from her body and language by forces that threaten to keep her silent—the collapse of communism, mysogynistic rape culture, learning a new language, isolation from parents who, past middle age, must grapple with the challenges of a new immigrant life, and a marriage to someone emotionally volatile. Many inspirational memoirs have been published through the years, celebrating the stories of confident, independent women, who know what they want. I wrote this book because it is important to hear the story of the well behaved woman, too, what she had to endure and why, how she survived, and how she’s comfortable with not knowing everything she wants or dreams to be. Ultimately, I wanted to portray the life of a young artist, her love affair with language, told by a female Albanian immigrant writer, an identity that has had little representation in American publishing to date.

Read an excerpt from By Its Right Name here. 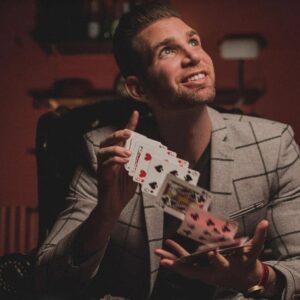