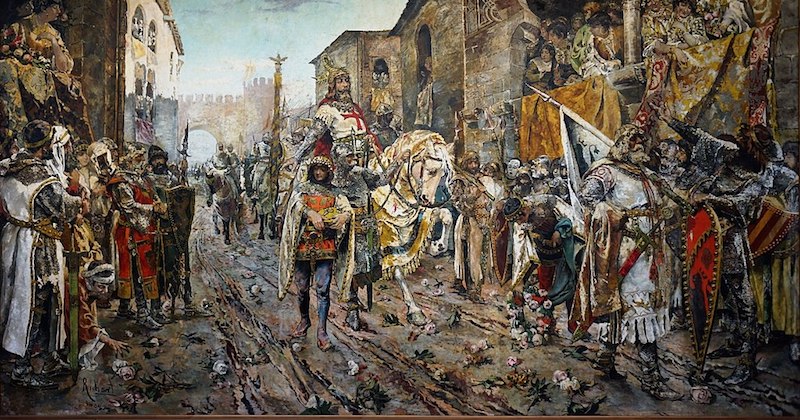 Fernando Cervantes on the Granada War, New Ideas of Nobility, and Columbus

In the autumn of 1491, Isabel and Fernando’s court and army were stationed at Santa Fe, six miles west of Granada. This austere town had been built quickly, in a mere 80 days, in the shape of a gridiron within a cross, by soldiers under instruction from the monarchs. Today, over the entrance to the 16th-century church of Santa María de la Encarnación, there remains a sculpture of a lance next to the words Ave Maria. It was carved in memory of Hernán Pérez del Pulgar, known to his contemporaries as el de las hazañas—“he of the valiant deeds.” He had famously entered Granada in secret a year before the final conquest in order to pin a parchment, with his own dagger, inscribed with those very words —Ave Maria—over the entrance to the main mosque.

Pérez del Pulgar was only one of many outstanding leaders of the Granada wars. Also among them was Rodrigo Ponce de León, Duke of Cádiz, who had captured the rich city of Alhama in 1482, and was immortalized by his contemporary, the chronicler Andrés Bernáldez, as the epitome of chivalric honor, generosity and courtesy. The Granada wars captured the crusading imagination of knights throughout the Iberian peninsula and beyond. They also imbued the heterogeneous mass of the Castilian population with a sense of purpose and an esprit de corps that were as impressive as they were unexpected.

The Italian historian Peter Martyr d’Anghiera, chaplain to the Catholic monarchs, was dumbfounded at this display of unity. “Who would have believed,” he exclaimed, “that Asturians, Galicians, Basques and Cantabrians, men accustomed to deeds of atrocious violence and to domestic brawls that they initiate on the basis of the silliest pretext,” should mingle quite amicably, “not only amongst themselves but also with Toledans and temperamental and jealous Andalusians, and live together in harmony as members of one family, speaking one language and acquiescent to a common discipline?”

This discipline was all too evident in the final stages of the war, marked by a methodical succession of campaigns carefully geared to cope with the mountainous nature of the terrain. It was primarily a war of sieges, with infantry and artillery—rather than cavalry—playing the key role. With its skirmishes and surprise attacks, the experience allowed Castilian soldiers to develop not only a peculiarly individualistic style of warfare but also a remarkable ability to endure extremes of heat and cold, attributes that would make them such a formidable proposition on the battlefields of Europe and the New World.

This sense of unity and common purpose could not have contrasted more sharply with the internal feuds that rent the Nasrid kingdom of Granada. As Isabel and Fernando confidently prepared for the final assault on Granada from their stronghold in Santa Fe, dismay spread across the Islamic bastion. With it came the realization that an honorable surrender would be preferable to the humiliation of what was now looking like inevitable military conquest. Nasrid foreboding lay at the heart of the negotiations that began in October 1491. Terms were quickly agreed the following month, and Granada finally surrendered on January 2, 1492, when the Nasrid ruler Boabdil, in a gesture whose symbolism was lost on no one, personally presented Fernando with the keys to the Alhambra.

Chivalric romances also reflected a world in which political frontiers were much looser than we tend to assume.

The exhilarating sense of divine favor that spread across the peninsula in the wake of the Christian conquest of Granada is impossible to overstate. The culmination of centuries of struggle, the conquest brought with it a profound conviction that the kingdom of Castile had been entrusted with a divine mission to protect Christendom from the advancing threat of Islam. The sentiment gave renewed impetus to that sense of questing adventure captured in the chivalric romances that were consumed at court and by an increasingly literate public. One of the best of these—the “best book of its kind in the world,” according to Miguel de Cervantes—was the Valencian knight Joanot Martorell’s Tirant lo Blanch, whose popularity was given an added boost by the new technology of print.

Published in 1490, it was the first of a myriad of such romances to be printed in Spain over the next century. The staggering popularity of these works indicates a society in which reading was becoming much more of a leisure habit than a scholarly pursuit, even though books were still largely regarded as objects to be read aloud.

Chivalric romances also reflected a world in which political frontiers were much looser than we tend to assume. There was nothing local or circumscribed about chivalry, which was a supranational cultural phenomenon. Even in Arthurian Britain, which overwhelmingly provided the setting for these works, chivalry was part of an international court culture. It had arrived with the Normans from the disorderly society of the post-Carolingian world of the 10th century, where the focus of political life was not the sovereign kingdom but the fragmented feudal states to which it had given way, fiefdoms carved out by military adventurers and rebellious vassals. Gradually, the duchies of Normandy, Burgundy, Flanders, Champagne, Blois and Anjou came to play a role in medieval Europe comparable to that played by the Greek city states in antiquity or the Italian principalities during the Renaissance.

In the process, the blatantly un-Christian code of honor and the spirit of revenge that had characterized the early feudal world were gradually transformed. The tribal bonds of kin and the law of the blood feud remained dominant, but the new society was now also imbued with a sense of a wider spiritual loyalty that transcended blood ties. The knight had become a consecrated person in whom loyalty to the warlord could find its natural completion in the defense of the Church alongside the widow and the orphan.

By the 15th century, the romances of chivalry came to define a new idea of nobility. Their unique blend of savagery, courtesy and virtue was the result of a creative tension at the heart of medieval culture between the secular ideal of courtly love, on the one hand, and the austere and otherworldly values of the crusading era, on the other. The tension was reflected well in the dualism at the heart of the work of writers like Geoffrey of Monmouth and Chrétien de Troyes in, for instance, the sharp contrast between the knights Lancelot and Galahad: a worldly and adulterous chivalry on the one hand, and a virtuous and heavenly quest for the Holy Grail on the other.

It is tempting to see in this tension an incompatible divergence between a concern with lineage and a concern with virtue, between gentility and social exclusiveness on the one hand, and the obligations to uphold justice through the protection of the poor, the widow and the orphan on the other. But this would be a crass anachronism. In fact, the moral code at the heart of the romances saw no opposition between lineage and virtue, or, indeed, between humility and magnanimity. Far from being mutually exclusive, humility and magnanimity were partners in their opposition to the vices of pride and pusillanimity. What the truly magnanimous knight despised, in other words, was not anything that he perceived as inferior to himself. Rather, it was petty-mindedness.

It comes as no surprise that the woman who persuades the “ignoble” Melibee to become “magnanimous” in Chaucer’s Canterbury Tales is none other than Dame Prudence, a sentiment that would be eloquently captured and transmitted to the world of the Renaissance by the humanist scholar Giovane Buonaccorso da Montemagno (1391?–1429), among others.

These long descriptions of barely conceivable exploits by knightly heroes in exotic and enchanted lands inhabited by monsters and wonders, presented to the reader a new notion of human existence in which virtue and passion acquired a transcendent character. They exerted a profound influence on the ethics and ideas of the age—but they were also a reflection of it, and the tensions that seem like clear contradictions to the modern mind were easily reconciled. Columbus himself had the age’s characteristic concern with lineage. Sometime between 1477 and 1480 he had married Filipa Moniz Perestrelo.

This was a huge social leap forward for Columbus, the son of a Genoese weaver. Filipa descended, on her mother’s side, from a family of upwardly mobile landholders with a good record of service to the Portuguese Crown. Her father, Bartolomeo Perestrelo, had been honored with the grant of the fief of Porto Santo—admittedly a small and remote island, but it served to show Columbus the kind of rewards that could be obtained by royal service.

The same spirit had been splendidly personified in the legendary Count Pero Niño, immortalized by Gutierre Díez de Games as a knight whose greatest battles were fought at sea and who was never vanquished in either love or war. The tradition was still a source of inspiration at the time of Columbus. Although we have no evidence that he ever read any work of maritime chivalry, it would be impossible to think of his life’s work, and, indeed, of the evocative groups of islands that he would lovingly place in his coat of arms, without reference to this genre. 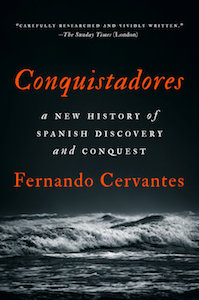 Excerpted from Conquistadores: A New History of Spanish Discovery and Conquest. Used with the permission of the publisher, Viking, an imprint of Penguin Publishing Group, a division of Penguin Random House, LLC. Copyright © 2021 by Fernando Cervantes.

Fernando Cervantes is a professor of early modern studies at the University of Bristol, specializing in the intellectual and religious history of early modern Spain and Spanish America. His previous books include The Devil in the New World; Spiritual Encounters; and Angels, Demons and the New World. 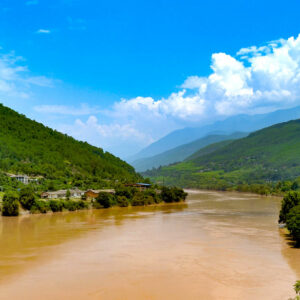 In antiquity, people’s relationship with water was total: it defined all aspects of daily life. The distribution of water...
© LitHub
Back to top
Loading Comments...