“Until the lions have their own historians, the history of the hunt will always glorify the hunter.”

“Until the lions have their own historians, the history of the hunt will always glorify the hunter,” Chinua Achebe wrote in Things Fall Apart. And the history of the hunt that was English literature and publishing, both in and about Nigeria, began decades before Things Fall Apart and was, like most British exports of the age, a colonial mission to expand the market and influence of the British empire.

The earliest, and most fascinating, product of this mission I have encountered is R.H. Stone’s In Africa’s Forest and Jungle, an autobiographical account of the English reverend’s six-year missionary expedition to the Yorubas in the 1890s. At the time, my beer parlor mate Kunle and I had a habit of collecting and exchanging rare books on Nigerian literature and history. When we came across Stone’s book, our excitement was as palpable as the bottle of orijin we shared. There were not many books written on Nigeria in the 1800s. The book presented a time-traveling allure, a chance to experience previously inaccessible parts of our history in detail for the first time, being guided by someone who had walked the paths.

Prior to that, my views on that era of our history were from fictional accounts. In Things Fall Apart, Achebe wrote of the same era and the same kind of people as Stone: a proud, independent people—with their own belief systems and traditions, achievements and shortcomings—coming to terms with a fast-changing world where what they held dear was threatened and chastised. However, the portrayal of these pre-colonial people was polarized by perspective: the hunter and the lion. Of the Igbos and their religion, Ọdị̀nànị̀, Achebe described supreme beings and beliefs which differed from western religions but were and remain just as valid. Stone, however, was reluctant to acknowledge the supreme being of the Yorubas’ religion, Ifá, as God, and suggested this supreme being was worshiped through the devil.

The difference in perspective appeared again when, months later, Kunle turned up with a copy of The Dual Mandate in British Tropical Africa, an autobiographical account of Lord Frederick Lugard, the first Governor-General of Nigeria under colonial rule, published in 1921. We compared it with Supo Shasore’s On a Platter of Gold, a historical narrative of pre-colonial Nigeria which includes Lugard’s tenure. While Lugard argues that the cause for his “penetration of Africa” was to ensure its “moral progress,” Shasore inadvertently counters this moralistic and euphemistic “penetration” by giving an account of a bloody conquest for political and economic control.

With both comparisons, Stone and Lugard wrote of a people in need of a savior, while Achebe and Shasore wrote of a people reluctant to be saved. But as the South African philosopher, Mokokoma Mokhonoana, once explained, “War is to some people the solution to peace.” So ultimately, salvation was enforced and, as seen in both Stone and Lugard’s narratives, justified by naming a mandate from higher powers—God and the king—to rescue Nigerians from spiritual and moral destruction.

Over a half-century after the end of colonialism and Achebe’s landmark novel, these traditional religions still exist on the margins, demonized and erased.

The salvation that was colonialism was spread across modern-day Nigeria by ensuring the denigration of Nigerian traditional religions, the moral codes which held our pre-colonial societies together. Over a half-century after the end of colonialism and Achebe’s landmark novel, these traditional religions still exist on the margins, demonized and erased. The traditions, theologies, prophecies and perspectives shaped by traditional religions have since been reduced to superstition. But our connection to the past lingers through literature: through Things Fall Apart, through the other titles of the African Writers Series Achebe edited for ten years without pay, through Ben Okri’s exploration of the abiku in The Famished Road, and through Wole Soyinka’s obsessive devotion to Ògún in his poems and essays.

In the last decade, a new generation of Nigerian writers has collected the torch from the pioneers and is creating new canons around contemporary issues. And, especially over the past year, there have been attempts to revisit and recenter our religions as realities, not superstitions, of the modern world.

Told from the point of view of multiple Ọgbanje dwelling in a single host body, Akwaeke Emezi’s debut novel, Freshwater, was the first major work cast from this new mold. Following the release of Freshwater, Emezi described their novel as autobiographical and repeatedly insisted the purpose was to ensure their narrative was seen as ontology, entrenched in the Igbo Ọdị̀nànị̀ and not mythology. There was no attempt to explain the hows and whys regarding their multiplicity of selves or the physical appearance of Ala, goddess of the earth, because, in the world they existed in and recreated, it was the norm. The Ọgbanje and Ala, in their novel, is as normal and centralized as a white male and the Catholic church in Shakespeare’s world.

Chigozie Obioma’s second novel, An Orchestra of Minorities, takes a different route to the same destination. Like in Freshwater, the protagonist is guided by a spirit being: his Chi. However, Obioma goes to great lengths to explain the reality he is recreating. Of his own admission, his motivation was to investigate the foundations of Igbo civilization and then build a contemporary fictional narrative around that exposition. The novel begins with an Igbo proverb, followed by an excerpt of Achebe’s Chi in Igbo Cosmology and then another excerpt on identity and duality within Igbo ontology.

Henrietta McKervey, in her review of An Orchestra of Minorities in The Irish Times, speaks of this beginning as a “three-quote discomfort—the primary symptom of which is a peevish irritation when a writer wants their book approached via a series of palate cleansers, as though they are concerned readers can’t consume it authentically otherwise.”

But considering critical reaction to Emezi’s work, which has much less exposition, Obioma’s concern would seem valid. In spite of Emezi’s insistence on the autobiographical foundations of their work, Katy Waldman in her New Yorker review of Freshwater was still startled to read of the Ọgbanje, claiming it dissonant that Emezi’s designations of “‘Nigerian,’ ‘Black,’ ‘trans,’ and ‘non-binary’” gender could be “laid matter-of-factly alongside a term of magic.”

With Freshwater, Emezi’s perspective assumes a parallel gaze; in writing it, they are a boy walking down the road waving to a friend across the street and screaming greetings, assuming they have been seen just because they see. With An Orchestra of Minorities, Obioma understands the harsh realities of the inhibitions of the parallel gaze. In writing it, he is the same boy—but aware of obstructions and distractions—choosing to cross the street to tap his friend on the shoulder, greeting his friend to his face.

Both Emezi and Obioma supersede past generations—whose stories made spirits accessories to the plot—by making spirits central characters who drive the plot and, as in Igbo ontology, are protagonists of fate.

Both stories are landmarks because spirits from Igbo ontology appear as characters that can be related to. By making the Ọgbanje and Chi more relatable, they allow the reader to engage in a way that is different from the works of our past generations of writers. My friend and literature historian Immaculata Abba pointed out to me recently that Emezi’s significant accomplishment, which distinguishes them from writers of past generations, is the way they exclude the considerations of society and make the indulgence in Igbo ontology very personal. And the same accolade can be ascribed to Obioma.

Both writers supersede past generations—whose stories made spirits accessories to the plot—by making spirits central characters who drive the plot and, as in Igbo ontology, are protagonists of fate.

The Nigeria I was born into was divided along Christian and Islamic lines; it was very difficult to conceive anyone existing beyond that. I had attended a Christian primary and secondary school and after four more years in a Christian university, I had gradually become disillusioned with Christianity. So I set off on a quest to explore other faiths, first Islam, then Ifá. This was about the same time I began writing my debut novel, Prince of Monkeys, and I channeled my new insights through the mother of Ihechi, the novel’s protagonist. She is a devout follower of Ifá, vocally and voraciously upholding the tenets of the faith, and hoped to initiate her son into followership, a hope which never quite manifests.

Unlike Emezi and Obioma, I do not explore ontology from the personal perspective of the protagonist, Ihechi. But it is as real to him, and he asks of his mother’s gods exactly the same questions he asks of Christianity and Islam. He does not always agree with his mother’s belief systems, but he accepts them as valid. Ihechi allows for diversity of thought, of experiences, of beliefs. He understands that the truth of Ifá, Ọdị̀nànị̀ and our many other ontologies is valid despite being demonized, is sufficient for many to navigate spiritual challenges despite being imperfect, and is relevant to living in a modern world despite being centuries old.

Outside of mainstream literature, a new generation of followers of these traditional religions have become visible social media evangelists in an effort to destigmatize these issues and alter the perspectives through which we view our history. Recently, I had a conversation with Ifá scholar Omotoyosi Salami who, like Ihechi’s mother, is vocal about her scholarship of Ifá in a society where such a relationship often connotes negativity. Her family is borne of a long line of Ọṣun devotees, worshippers of the river goddess and patron deity for destiny, fertility, and love in the Ifá pantheon.

During the period of colonization, most of her family converted to Islam. But now, she is reclaiming her ancestral traditions and is considering initiation. “Actual devotees are beginning to speak for themselves and clear up misconceptions that people have about their spirituality,” she said. “They have also become much more visible. There are many of them on Twitter and Facebook.”

A new generation of followers of these traditional religions have become visible social media evangelists in an effort to destigmatize these issues and alter the perspectives through which we view our history.

Chiadikobi Nwaubani, founder and curator of Ụ́kpụ́rụ́, an online gallery of historical photographs of Igbo culture, is a prime example. The origin of his interests in Ọdị̀nànị̀, or as it’s called in his hometown, Omenala, comes from a mixture of experiencing village life—masquerades, weddings, burials—and reading indigenous authors and old colonial research.

Despite the success of his work in retelling his people’s history, he has no delusions about the work yet to be done. “There’s as much hope as there is proper education, enlightenment, and stability,” he told me. “All the insecurities are driven by a group of people who are able to exploit the intellectual or existential weaknesses of groups.”

Within and beyond literature, the visitation of our history has been long overdue. But now, the lions have new historians and we have begun retelling our history. We are now writing from the fringes of popular worldviews, to center our narratives and ensure the world moves to where we are.

This is what I want to contribute to this new canon of Nigerian literature as a debut novelist at the beginning of my career—to champion this evolution of diverse and inclusive thought. And while the road ahead runs far and arduous, we have begun the journey.

Nnamdi Ehirim’s Prince of Monkeys is out now from Counterpoint. Featured art by Victor Ehikhamenor.

Nnamdi Ehirim is a Nigerian writer based in Lagos and Madrid. His debut novel, Prince of Monkeys, was published by Counterpoint Press in April 2019.

Why Does a Language Die? 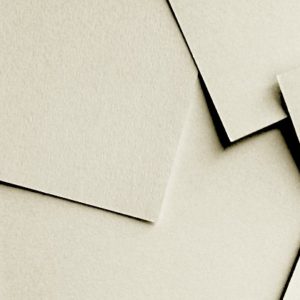 FEED ON THE PRESENT. Larry Rosenberg, a dharma teacher from the Insight Meditation Center in Cambridge, Massa­chusetts,...
© LitHub
Back to top