What’s it like to see stories through the eyes of a visual artist? Marla Frazee, multiple award-winning children’s book author and illustrator, shares her vision in a captivating conversation with Eve and Julie. The recipient of two Caldecott Honors and the Boston Globe Horn Book Award, Marla knew that she wanted to become an illustrator before she’d even found language. She explains why her three favorite illustrated books—The Carrot Seed, Blueberries for Sal, and Where the Wild Things Are—inspired her from the moment she first saw them as a young child, and what she’s learned from her deep study of them over the years. Marla sets out in revelatory detail, too, her process for transforming the text of a story into a fully realized, immersive world. And she shares insights about the relationships among authors, editors, and illustrators in the realm of picture book publishing.

Marla: From the time I was pretty little, I knew that I wanted to become a children’s book writer and illustrator, which is very strange because I never met somebody who did it, but I just loved the books that I loved and I just somehow knew that I wanted to grow up and do that. The first book I loved was called The Carrot Seed [about a little boy who plants a carrot seed and knows the carrot will come up, even though everyone in his family tells him it won’t].

Marla: When I was really young, I think what was so subversive about The Carrot Seed to me was that the mom and dad and the big brother didn’t know what they were talking about. That was just, “What?” I just couldn’t wrap my mind around it. I remember just being shocked. They didn’t know they were wrong. So that was shocking news. And also just the fact that the carrot was so big and so exuberant and such a surprise. It only reinforced that point that not only were they wrong, that the seed wouldn’t grow up to be a carrot, but really wrong, which was funny. Later, I realized how spare it was in both words and pictures and how its appearance is that it’s a very simple story, but it’s just so resonant. It’s so complex and it’s really about so many things that are so important, like hope and faith in yourself and all kinds of things.

Eve: Is my memory correct that it’s just line drawings in that book or maybe a little bit of color?

Marla: Yeah, there’s maybe one or two colors. As you know, Crockett Johnson was a cartoonist, and so it has a very simple line. Also the character is drawn in a very similar way on most of the pages. There isn’t that much change in his position, his expression, which is also interesting because it never is boring. I certainly didn’t know any of this when I was really little and loved it, but it really does reinforce that it’s about waiting. It’s about time passing, because it just doesn’t change. The character is very steadfast in his knowledge that this is gonna work, the seed is gonna grow.

Julie: I had never put that together before. I love that book and I had never thought about the size of the carrot. It’s so interesting that even as a kid, you loved that—the impact of that visual image.

Marla: Yeah. I mean, carrots are just these scrawny little vegetables, but yet that one was this heroic carrot.

Marla Frazee’s author-illustrator credits include The Farmer and the Clown trilogy; A Couple of Boys Have the Best Week Ever; Rollercoaster; Walk On; Santa Claus: the World’s Number One Toy Expert; Boot and Shoe; and The Boss Baby, which was the inspiration for the Dreamworks movie by the same name. Her illustrator credits include All the World; The Seven Silly Eaters; Stars; God Got a Dog; and the New York Times bestselling Clementine book series.

Calum Douglas on the Race for Engineering Supremacy During WWII 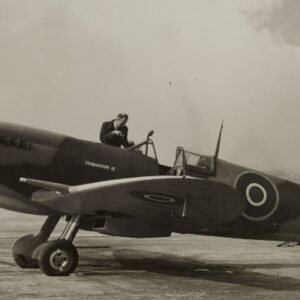 Calum Douglas on the Race for Engineering Supremacy During WWII