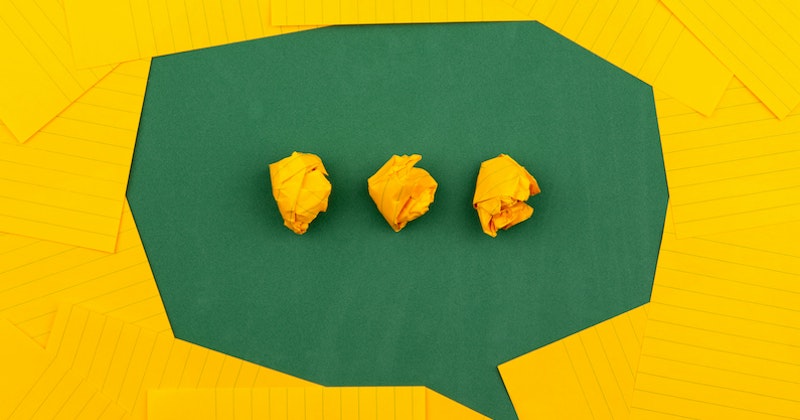 My medical training was significant for another reason: it was during medical school that I finally faced my greatest shame.

I stutter. It’s easy for me to write this now, but until I was in my midtwenties, I could not accept that fact, even as it dominated every aspect of my life.

In China, my stutter was so severe that I often couldn’t get out any words at all. One of my most vivid memories from elementary school was a class where I had to give a talk on the Roman Empire. I could feel myself stuttering on the very word—Roman—so I stabbed myself with a pencil to get out of the class. That piece of pencil lead is still in my leg today.

As I learned English, I realized that there was a trick I could use:  I knew which sounds would trip me up, so I avoided words that had those sounds. I never asked for a pencil, because p was the most difficult. I never ate sandwiches, because words that began with a solid s sound often tripped me up. I did everything I could not to introduce myself, because my name wasn’t something I could substitute. I became so good at hiding that people around me rarely heard me stutter. But I lived in constant fear that I’d be found out.

I was able to make it through all of college and most of medical school by finding other ways to say what I didn’t want to say. There were moments when I thought I’d be outed. N was another trigger, and I didn’t know how I’d manage to introduce myself on my neurology rotation. (I became very creative, explaining that I was part of the “stroke team,” for example.)

Another time, I was asked to answer a question in a large lecture for which the answer was a particular parasite, “schistosomiasis,” a difficult word even for people who don’t stutter. I couldn’t get the word out, and the professor mimicked my block.

“It’s ‘schi-schi-schi-schistosomiasis.’ Why don’t you come back when you’re not so nervous,” he said. A few students laughed. I felt the sting of the slight, but mostly I was relieved that my secret was still safe. It was not at all rational, but I had gotten away with my secret all these years. And still, my worries dominated every professional interaction. What if people found out I stuttered and no longer wanted me to be their doctor? After all my hard work, what if this was the reason I failed out of medical school? And what about my desire to be an advocate to speak for my patients—who wants someone to speak for them who can’t speak themselves?

Things came to a head during the year I was AMSA president. With all the responsibilities to give speeches and represent AMSA at high-pressure meetings, I tried very hard to sound fluent at all times. The problem was that the harder I tried to hide my stuttering, the worse my speech became. There was one board meeting during which I felt myself blocking on words that involved almost half the alphabet. It soon became nearly impossible to say anything at all. Soon, I was canceling nearly all of my meetings. In my mind, I was letting everyone down. I thought about quitting my position. I couldn’t bear to have anyone hear me like this, and I wanted to die.

My worries dominated every professional interaction.

For the first time, I sought the help of a speech therapist. And here I got lucky, twice. The first person I went to listened to me and told me that she wasn’t the right person to help me. “I can help you a bit to get you started,” she said, “but there is someone much better, an expert in speech disorders for adults. The stakes are so high for you. You need to see the best.”

I’ve always remembered her words. They demonstrate humility and a recognition of one’s own limitations, as well as generosity for a fellow professional. I was paying out of pocket for her services. On paper, she had the right credentials. She could easily have continued to accept my money and seen me as her client. By referring me instead, she showed that she had my best interest at heart.

It’s because of her that I met my speech therapist, Vivian Sisskin. Through Vivian, I learned that I was a covert stutterer, able to hide my stuttering and thus not sound like a person who stutters. The ability to hide intensified the shame because it allowed me to hide under a veil of fluency, which brought on more pressure and self-doubt. The key to recovery? Acknowledging, first and foremost, that I was a person who stuttered.

I had seen Vivian for a few private sessions in her office at the University of Maryland, and she could see that changing my self-identity was not something I was ready to do yet. Instead of giving me an ultimatum, she invited me to come to a group that assembled at her house every weekend.

I remember sitting in my car in her driveway. I was debating whether I should go in when a middle-aged man knocked on my window.

“Are-are-are-are you going to Vivian’s?” he asked.

I had heard people stutter before, but never seen anyone stutter so easily and comfortably. I followed him in. There, I met a dozen other people from all walks of life—a trial lawyer, a NASA astronaut, a stand-up comedian, a college student, a few retirees. There were people who openly stuttered, with repetitions and blocks. There were other covert stutterers who, like me, sounded fluent but were actually just good at replacing their words. We all had one thing in common: we stuttered, and we no longer wanted to live with fear and shame because of it.

Coming to terms with my stuttering was a difficult process that took years of intense work with Vivian. There were moments of unexpected revelation. When I told my mother over the phone, she was silent for a few moments. She then told me that Nai Nai had heard me stutter as a child and urged that I get help. My mother thought it was something I would grow out of, and after we came to America, she didn’t hear me stutter.

“It’s because I hid my stutter from you,” I told her. “But how did Nai Nai know about stuttering and treatment for it?”

“Because your father stuttered, too,” she said. That blew my mind. All these years, I had tried so hard to hide from my family something that they already knew. I couldn’t help wondering how different things might have been if I had gotten treatment earlier. Could I have been spared all those years of misery and self-doubt?

As I went through my treatment, I became acutely aware of how little attention medical schools devoted to speech disorders and other disabilities. While nearly 20 percent of Americans have a disability, only one in four medical schools included disability education as part of its curriculum. Not surprisingly, studies show that people with disabilities experience many barriers to care, and two surgeons general’s reports recommended additional health professional training in this area.

I began to speak out on this need. Over time, I started to talk about my own stuttering and the biases and misconceptions around speech disorders. I also began to mentor young people who stutter. One of my mentees and also a client of Vivian’s was a college student who, like me, was terrified that he might have to abandon his dream of becoming a doctor because of his stutter. Today he is a practicing internist in Los Angeles.

Just as Vivian predicted, the key to recovery was acceptance of my identity as a person who stutters. I still struggle with fluency from time to time, and there are still moments when I wish I didn’t have to cope with stuttering. But I also see that my lifelong source of shame is a core part of my identity. As a doctor, I encounter many people who feel that society has cast them aside: individuals who struggle with drug addiction, who are HIV positive, who are experiencing homelessness, who have mental illness. I may not know all their life circumstances, but I do know that I can help them leave shame at the door, show them that they belong, and treat every person with dignity and humanity. 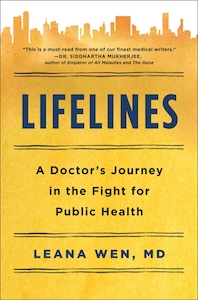 Excerpted from Lifelines: A Doctor’s Journey in the Fight for Public Health by Leana Wen. Published by Metropolitan Books, an imprint from Henry Holt and Company. Copyright © 2021 by Leana Wen. All rights reserved.

Dr. Leana Wen is an emergency physician, public health professor at George Washington University, and nonresident senior fellow at the Brookings Institution. She is also a contributing columnist for the Washington Post and a CNN medical analyst. Previously, she served as Baltimore’s health commissioner, where she led the nation’s oldest continuously operating public health department. She is the author of the patient advocacy book, When Doctors Don’t Listen: How to Avoid Misdiagnoses and Unnecessary Tests. Dr. Wen lives with her husband and their two young children in Baltimore. 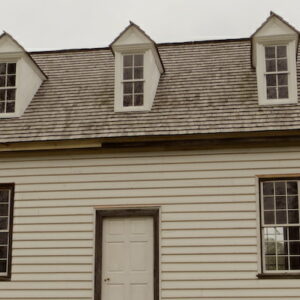 The heat of a Southside August was kind to cotton and nothing else. The only other living things that looked forward...
© LitHub
Back to top
Loading Comments...