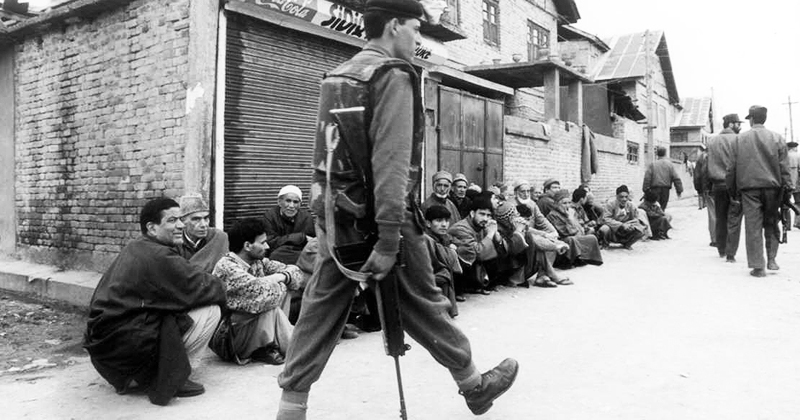 How a Background in Human Rights Reporting Shaped My Novel

Time and Memory, News and Rumor, Began to Bleed into Each Other

Before I wrote a novel, I worked as a volunteer phone counsellor, then in a local youth charity, and then writing, commissioning, and editing work on human rights abuses for an NGO. Though the offices changed, the work always began with listening to personal testimony and then providing context: the reports went into internal files or to social services. The human rights reports got published and quoted by bigger organizations such as Human Rights Watch and the US State Department.

The work took me across the UK and Northern Ireland. I went to Jordan, where people from Iraqi minority religious and ethnic communities, such as Yazidis and Mandaeans who had fled the war shared their memories with me. In Rwanda women who had survived the genocide in 1994 brought out photographs of people they had lost. I spent time with a group from different communities in Kosovo, who talked of the impact that the conflict in the former Yugoslavia in the 1990s had taken on their lives and their determination to build different futures. In Srinagar I met a group of chefs preparing a wedding wazwaan (feast) in a small courtyard; they spoke of their work and daily lives as well as the effects of ongoing terror, the years of Indian Army surveillance and violence they had experienced. Some had lost relatives: people had been “disappeared” over years and never been found. The travel my job required was extreme, which I loved, and I am still in touch with some of the people I met. But I reached a point where I had to stop.

Excavating people’s trauma for work is a strange kind of life. It takes a toll on the person talking. The person listening knows this, and must continue for deadlines and money. The more I worked, the more time and memory, news and rumor, began to bleed into each other. Recorded voices said the same things over and over as I transcribed, even as my subjects’ lives were moving on. Yet the hardest part was the form in which I had to write. It felt repetitive and limited. I could only include blank facts, such as numbers of people killed, some edited interviews, and geographical and historical context. Footnotes: churned media (which showed how difficult it is to gather information in such circumstances). Human rights reports are important and necessary; we trust them to highlight abuse and to hold institutions to account. But I became exhausted. I was not alone: the mood in the organizations I worked in was constantly fraught, and our jobs were always precarious.

I had always written fiction for myself. Now I wondered if I could make something more of it. I thought it might balance my doubts about researching others’ stories and then presenting them with an “objective” eye. So I began work on We That Are Young.

The novel is based on Shakespeare’s King Lear. The play begins with the division of a kingdom, a partition that sets its characters against each other in a form of “divide and rule,” where daughters must compete for land and for a father’s love. It spoke to me of the first conflict of which I had become aware, the one that was in my family history: the 1947 Partition of India. It caused the migration of millions of people along religious lines of Hindu, Muslim, and Sikh, and the deaths of a million as well. My grandparents left their home in what is now Pakistan and went to New Delhi. My grandmother was young, and pregnant, my mother born in December that year. My parents later left India for the UK in the 1960s.

Partition stories were passed down to me by my mother and aunts, and later by the poetry, myths, and tales of “home.” I read India’s great antiwar epic the Mahabharata but also books by Sidwa, Chughtai, Kushwant Singh, Sahni, Hyder, V.S Naipaul, and Salman Rushdie. The work of Indian freedom fighter Mulk Raj Anand gave context to why I had been born in England, and why my grandmother, in India, never wanted to visit us. She held the British responsible for her personal losses in 1947.

There was also the reality of the ongoing conflict in Kashmir, which began with Partition and came to a peak in the 1990s. At the time, there was little international intervention; human rights monitors have only rarely, and with limited access, been able to investigate. In the same decade, the tragedy in the former Yugoslavia was unfolding. I read the news, I heard from family: I was very aware that while my peers in the cities of Srinagar and Sarajevo were living under sanctions and siege, I was at school studying Shakespeare for my final exams. In Kosovo they were denied access to formal education and jobs. Some took up arms to fight for independence. By the time NATO bombed Kosovo and Belgrade I had edited my student newspaper and was about to graduate university with a degree in theology. I wrote one of my finals essays on Lear.

Though the play has Christian themes, Shakespeare set it in the no-time of an imagined pre-Christian age. Internally, there is no sense of how much time is passing: as if the regular hours of morning to night don’t count anymore. As if the whole thing could be narrated in any time. The play’s strange coda, its poetry and pagan myth, were my blueprint. I set my book in the visceral reality of the present, as a deconstruction of power: a critique of elitism, of rising religious and gendered violence. It begins with the carving up of an empire and ends in Kashmir.

Reading over my first draft, I realized how much my experience in human rights reporting had shaped my fiction voice. I had been writing alongside changing times, traveling across India, and listening to people’s stories in counterpoint to reported news. But now, there was no interview structure, just free-flowing conversations that lead back to memory or forward into uncertainty. There were stories within stories, and so many different points of view. I had been influenced by Kashmiri journalist Basharat Peer, who turned to memoir to make sense of the losses. His book Curfewed Night is incredibly moving in its combination of witness testimony and personal reflection.

My inspiration also came from working in the Balkans and reading novelists from the region. Nobel Prize winner Ivo Andrić’s Bridge Over the Drina, translated by Lovett F. Edwards, is all about “that strange human game which is called war.” The book crosses centuries and has a huge cast of Muslim, Orthodox, Catholic, and Jewish characters. They live and die in a small town centered around the bridge; all of them are presented with the same clear, human gaze that makes no judgements about right or wrong. It’s a gaze that reveals shared humanity even when the characters themselves can’t be reconciled to each other. Of the novel, historian, William H. McNeil says, “No better introduction to the study of Balkan and Ottoman history exists.”

Another book that kept me company as I finished my edits was Aleksandar Hemon’s The Lazarus Project, which shuttles between the Chicago of the early 20th century and the present day. Bosnia is remembered and re-discovered as the narrator and his photographer friend return to the old places, to find out what is left and what is new. Each chapter begins with a grainy photograph, starting a conversation between the eye that sees and the eye that reads, leaving space for doubt and discovery.

This relationship between two media goes both ways. Vanessa Winship, who worked across the Balkans in the early years after the war, writes that she “focuses on the junction between chronicle and fiction.” Looking at Winship’s images, it is no surprise that she became interested in the region after reading the novels of Ismail Kadare. The people and landscapes, the fact of state violence and the melancholy of exile, the human resilience and the sense of absurdity in his work became her own. Winship’s images cross the “objective” lines of war photography to read like fiction, animated by a gaze that provokes compassion, sorrow, and rage. The whole is only complete when it is seen; the viewer, or reader, becomes an indelible part of the story. Just as in Kadare’s The Traitor’s Niche, translated by John Hodgson, which begins with a challenging gaze that implicates readers: “the unblinking eyes met the stares of the passers by and tourists . . . ”

These writers and artists use the tenets of news and human rights reportage: who, what, when, where, and how. But they choose voice and form in their fiction to think about why—and to show us that there is no fixed answer.

Saadat Hasan Manto, the supreme short story writer of the Indian Partition, once asked, “Why can’t reality be shown as it is?” His spare style and brief form perfectly captured the trauma and absurdity of his times. But the language I encountered on my travels is more hybrid. These days, our lives are under constant surveillance and mediated through screens. People are marching in protest as deep divisions of identity take place. Physical walls are rising as the line between facts and fake news is increasingly blurred. Talk flips quickly from rage to grief, and finally back to love.

Accordingly, We That Are Young is told in six multilingual voices, in a hyper-real style. It gets into the horror of how humans behave. In my years as a reporter, I learned from people who have survived great odds, and from some of the best fiction writers around, that we can’t chronicle the worst without love for the world and all its characters. I hope that even as readers encounter violence on its pages, when they step out from the novel’s closed world they will see our own, as Lear’s Cordelia says, with “washed eyes”—afresh.

Preti Taneja was born in England to Indian parents. She has worked with youth charities and with refugees, and in conflict and post-conflict zones on minority and cultural rights. She teaches writing in prisons and universities. She is the co-founder of the advocacy collective ERA Films and of Visual Verse, an online anthology of art and words. In 2018 she was awarded The Desmond Elliot Prize for We That Are Young, her first novel. 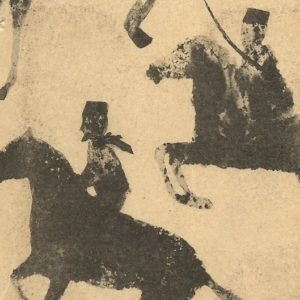