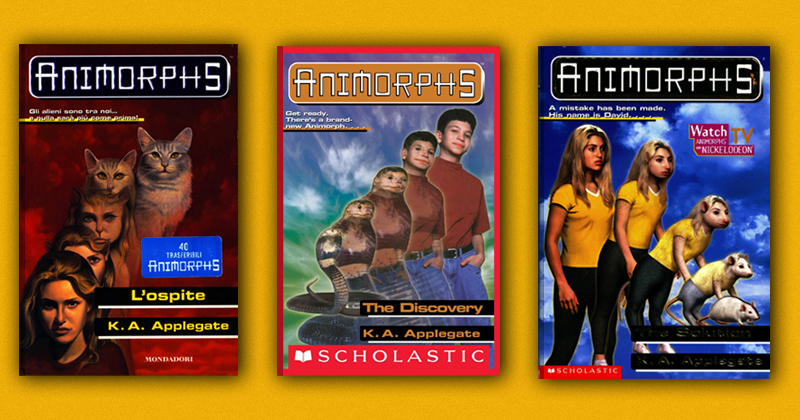 Hope you like horrifying CGI, because we’re getting an Animorphs movie.

After spending the week getting destroyed by Gen Z on TikTok, here’s some good news for millennials: every 90s kid’s favorite portmanteau-titled book series is finally(?) getting a film adaptation.

For the unacquainted(/Irish), the Animorphs were a scrappy gang of teens who, according to Wikipedia (because I could not remember, sorry), “obtain the ability to transform into any animal they touch.” “Obtain” is doing a lot of work there, but sure! The teens use their morphing ability to fight the Yeerks, alien parasites hell-bent on galactic domination (I assume).

The strongest memory I have of the books is their covers, each of which features a drawing of its protagonist’s multi-step transformation into an animal. They’re every bit as off-putting and amazing as they sound, and I can only hope the adaptation hews closely to the cover designers’ artistic vision.

The live-action film will be co-developed and co-produced by Scholastic and Picturestart, and I can only assume it will be the first of many.