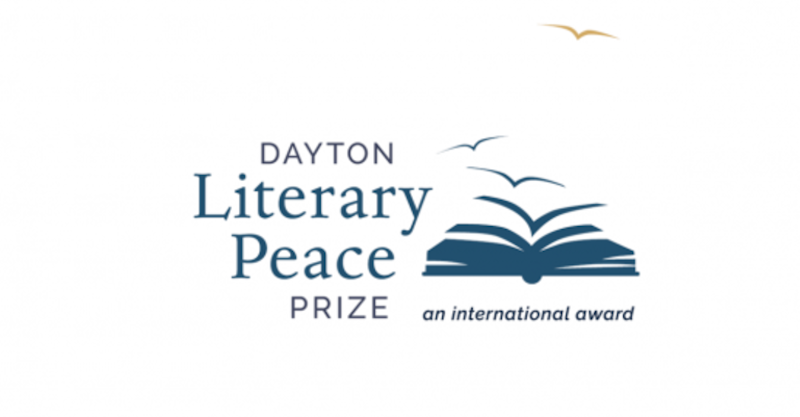 Two books about the legacy of slavery in the US have won the prestigious Dayton Literary Peace Prize.

NAACP Image Award-winning poet Honorée Fanonne Jeffers’ The Love Song of W.E.B. Du Bois, a multi-generational epic that chronicles the journey of one American family from the centuries of the colonial slave trade through the Civil War to our own tumultuous era, took home the 2022 fiction prize; while New York Times bestselling author Clint Smith’s How the Word is Passed, a deeply researched and transporting exploration of how slavery has been central in shaping our nation’s collective history, and ourselves, claimed this year’s nonfiction award.

As the descendant of enslaved African Americans, and as a person who was reared on land that once belonged—and to my mindful logic, still belongs—to Southeastern Indigenous peoples, I frequently contemplate peace.

I know it’s not a raised voice, but is it silence? I know it’s not a coming to blows, but is it backing away from a fight, the absence of conflict? I used to believe that peace meant serenity between bodies or nations or kin. When I became a writer—or I should say, when I accepted the fact that I’d always been a writer—I sought to balance a claimed calmness in my spirit with an acknowledgment of history, but history is not always a site of peace. A balancing—a peaceful journey—seemed an impossible task, like reversing gravity—floating up instead of falling—or putting blood back into a vein.

I have trod this writer’s path for many more years than I haven’t and I believe that peace equals naming. A litany of ancestors and chosen kin, an utterance, the tonal truth of what occurred, when few want to accept or even know the past. This is peace, even when the present or past isn’t joyful. This is peace: a knowing that my voice equals thunder, only because I am speaking an urged echo.

On winning the award for nonfiction, Smith said:

When I was a child growing up in New Orleans, I remember being inundated—in ways both explicit and subtle—with messages touting the things that were wrong with Black people. It was a seemingly endless barrage of pathology that was wielded to suggest Black people were singularly responsible for the inequality we were experiencing. I remember a feeling of social and emotional paralysis, knowing that what I was hearing was wrong, but not having the language, the tool kit, or the framework with which to push back against it. I had little understanding of the historical phenomena that underpinned racial inequality in New Orleans and across the country. I did not have the historical acumen to challenge the ideas that I knew in my gut were dangerous and untrue.

How the Word Is Passed is my effort to write the sort of book that I felt like I needed when I was in my high school American History class. It is an effort to establish a clearer connection between the past and present. It is an effort to help the younger version of me more fully understand how the legacy of slavery has shaped the way that my city, my state, and my country look the way that they do today. Without an accurate sense of history, there can be no sense of peace. We must engage rigorously with the past in order to accurately understand the landscape of contemporary inequality. Without a shared understanding of what came before us, we will continue to see fissures that break us further apart.”

Since 2006, the Dayton Literary Peace Prize has honored writers “whose work uses the power of literature to foster peace, social justice, and global understanding.” Each year, one fiction and one nonfiction author are awarded a $10,000 cash prize for a book which “advances peace as a solution to conflict, and leads readers to a better understanding of other cultures, peoples, religions, and political points of view.”

This year’s winner of the Richard C. Holbrooke Distinguished Achievement Award is Wil Haygood, author of multiple nonfiction books chronicling the lives of 20th-century Black Americans including The Butler and Tigerland.

Congratulations to Jeffers, Smith, Haygood, and all the finalists.