Rebecca May Johnson in Conversation with Andrew Keen

In this episode, Andrew is joined by Rebecca May Johnson, author of Small Fires: An Epic in the Kitchen.

Rebecca May Johnson is a writer whose writing brings critical practices into everyday life. She has published essays, reviews and nonfiction with Granta, Times Literary Supplement, Daunt Books Publishing, and Vittles, among others. She was a creative writing fellow at the British School at Rome in 2021. She earned a PhD in Contemporary German Literature from UCL in 2016.She also uses online publishing to conduct stylistic experiments: her essay “I Dream of Canteens” was published via TinyLetter and gained widespread acclaim, winning The Browser prize for the best piece on the internet in April 2019. Her anonymous waitressing series was voted in the Observer Food Monthly Top 50 of 2018. She was finalist in the Young British Foodies writing prize judged by Marina O’Loughlin and Yotam Ottolenghi. She publishes a newsletter called dinner document where she shares recipes and thoughts about food every week. Small Fires is her first book. 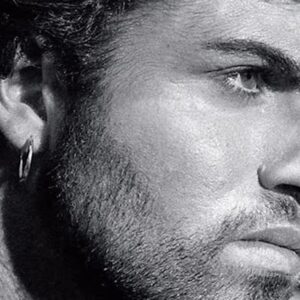 Our bounty of brilliant reviews this week includes Alan Light on James Gavin’s George Michael: A Life, James Wood on Miranda...
© LitHub
Back to top