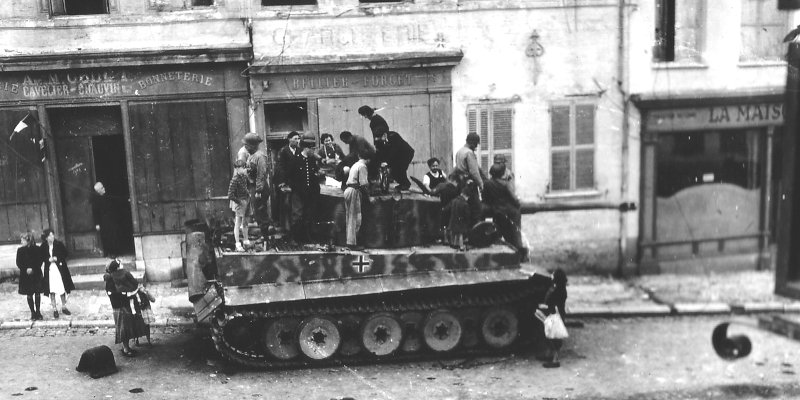 On this episode, Al Murray heads to Bovington Tank Museum to talk to resident expert David Willey about the Tiger tank. Why did Nazi Germany build only 1,200 of these much feared beasts, and what was the true story of the men who abandoned Tiger 131 in Tunisia?

Al Murray: What happens to all the Tigers at the end of the Second World War? I mean, the Russians have got some, the Americans take some, stick them on ranges.

David Willey: There’s one thing that still fascinates me today, because sometimes we tell some story about here’s one on the range’s been shot, and they all email in saying, oh, the philistines, why did they do this and everything. Well, number one, during the war, there was a war to win. We just had to know how to beat the bastards first. So, stop all this this caterwauling as if they should have been thinking about the games players or model makers of the modern era and they should have saved more of them. Oh, yeah, we’ll lose to fascist Germany, shall we? Just so you’ve got a tank or two left over. So, there was an absolute key issue they have to get on top of first of all.

The second thing, I’ll do the analogy now, it’s like Iraqi armor. So after the first Gulf War, huge mass of kit came back. It was boasted around the country, played with, everything. None of us give a monkey’s about that at the moment, but there will be a point in the future where people will say, “That was an original Type 59 that was captured in Iraq.” You see what I mean? At the moment, we don’t give a monkey.

Now, if you’re also in one of those countries that Tigers ended up in, so it’s by the side of the road in France, this is a symbol of oppression. They were the invaders. Get that bloody thing out of my sight, alright?

Al Murray: I’ve always wondered about that, because I understand Shermans or Cromwells or whatever all over Europe. I get that. But there is that Tiger on display in Normandy. What’s that all about?

David Willey: Yeah, there’s a Tiger I by the side of the road in Vimoutiers in Normandy. It was basically pushed off the road, went down a bank, was hard for the scrap men to recover, but they did start cutting it up. And then by the mid 70s, they suddenly thought, well, hang on a second, this is now, the level of interest is a different level, not scrap value, historical, isn’t it good as a tourist thing, et cetera. So it’s dragged up and put there. So, sometimes you get these accidents of history why something was saved. But a lot of the time you have to think about, these are things that—

David Willey: Yeah. And also, you know, if there’s anything useful, let’s go and use those wheels. You go around and find every other farmer’s got track links to keep his gate closed. So let’s use what we can, scrap the rest, get rid of it, and let’s rebuild our society, because not everyone wants to remember there was Nazi tanks here just last year, five years ago.

Now we’re all fascinated. We all want them, we all think they’re the best thing since sliced bread. Every games player, every model maker, you know, people are interested. But interesting, we’re not across that spectrum, you see. Because tanks are big, iconic, sexy. How many people collect German wartime bicycles? An awful lot fewer, because they’re not quite as woo, are they? 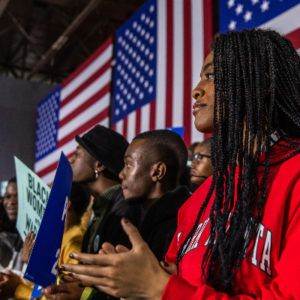 Black Americans are by far the most unified racial group in American electoral politics, with 80 to 90 percent identifying...
© LitHub
Back to top