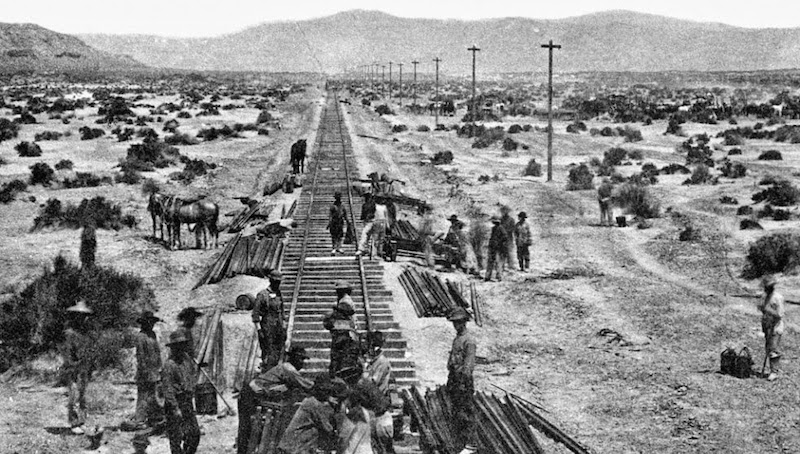 Hitler’s Dog, and Other Problems of Historical Fiction

All men may be created equal, but it’s a somewhat less self-evident truth that all historical figures are not, at least for the purposes of the historical novel.

I was reminded of this in the midst of work on my new novel The Fortunes, which covers several periods and a handful of real historical figures.

The first of these is a Chinese immigrant to 1860s California called Ah Ling. He comes in search of gold, but finds his fortune as a houseboy, a servant to Charles Crocker, one of the Big Four railroad barons who built the Central Pacific. Crocker is a pretty well-known historical figure—a larger than life titan of business—credited with the decision to hire Chinese laborers to build the railroad at a time when the prevalent stereotype was that the Chinese were too physically slight to undertake such backbreaking labor. Ah Ling, by comparison, is a historical footnote in biographies of his employer, albeit a significant one; it’s his industrious example that is supposed to have inspired Crocker, and thus lead to the hiring of up to ten thousand of his countrymen.

I’d been interested in writing of the Chinese who built the railroad over the Sierra Nevadas since the mid 1990s, when I took a train across the country, but when I came across the handful of references to Ah Ling (some don’t even name him) I knew he was a gift to a historical novelist—a pivotal, but overlooked figure, someone neglected by history, who could be explored in fiction, someone, moreover, who could stand for and stand out from the crowd. The very fact that nothing more was known of the man other than this one fleeting glimpse gave license to my imagination, and also lent it purpose—to tell the untold immigrant story of this great nation-defining engineering project. While there were significant challenges in the writing—there are contemporaneous journalistic accounts of the life of Chinese in this time (by Twain among others), but the workers themselves, many of whom were likely illiterate, left no written accounts (certainly none in English)—there was a freedom to invent in the knowledge that there was no historical record to bind, or contradict me.

The second section of the novel, by contrast, takes on another representational Chinese-American figure, in the person of the golden age Hollywood star, Anna May Wong, another real historical personage, but one whose life is far better documented—in a couple of excellent biographies, which themselves draw on a wealth of articles on and interviews with the star published during her lifetime. If in the case of Ah Ling, I often felt I knew too little, even as I had free reign to invent, with Anna May the opposite problem presented itself—I knew too much and felt hemmed in by the facts. What freed me was the realization that they might not all, after all, be facts, drawn as they were from movie magazines of the time (no more reliable then than now) and indirectly from the publicity departments of the studio system. What Anna May said in interviews—“The only happiness is with someone of one’s own race”—seemed to conform to the restrictive social mores of her time (when anti-miscegenation laws were in force) and her industry (the Hays Code forbade depictions of interracial relations), but her behavior, which included a string of affairs with white actors and directors, suggested something else, a subtext beneath the public image ripe for fiction.

These examples, of course, only represent a couple of the varied challenges (and opportunities) of historical fiction. Those challenges are always relative to the history being addressed. One reason the form is so tricky to talk about—let alone write—is this protean quality. Consider another couple of historical figures I’ve touched on in earlier fiction.

In my WWII-era historical novel, The Welsh Girl, say, I deploy Rudolf Hess, Hitler’s one-time Deputy Fuhrer, as a character, taking advantage of another “gap” in the historical record. Hess’s flight to Britain in 1941 remains shrouded in mystery—was he fleeing for his life or on a secret diplomatic mission?—as does the truth of his claims of amnesia while in British hands. And yet, while these uncertainties allow some latitude for fiction, there are other considerations.

Some historical facts are arguably more weighty than others, certainly more loaded. To write even glancingly of the Holocaust (and to write of the Second World War without touching on that aspect might itself seem derelict) is to be aware that there are “fictions”—distortions, lies—that seek to deny the Holocaust, or reduce it. I was particularly sensitized to this issue because one of the biographies of Hess I drew on in my research was authored by the now widely discredited British historian, David Irving, a once respectable academic, one of the debunkers of the Hitler Diaries, but now an infamous Holocaust denier (ironically Irving’s case is now itself subject of a forthcoming movie).

Some writers—including the brilliant Cynthia Ozick in her essay “The Rights of History and the Rights of the Imagination”—would argue further that to humanize a leader of the Third Reich, as any characterization must do, is a problematic ethical move. The issue is sometimes referred to in short-hand as the problem of Hitler’s dog, who he’s famously shown being kind to in the German film The Bunker. I’d suggest on the contrary that the monstrosity of such figures lies in their very humanity. Hitler is more not less of a monster, because he loved his dog. And we are probably better, not worse, served to be reminded that war criminals can be kind to dogs… or might just be great guys to have a beer with.

And yet, while historical obscurity or opacity lends a certain fictional cover, well known historical stories may paradoxically allow greater permissiveness through their very familiarity. A narrative that has been fictionalized many times over, begins to move into the territory of legend or myth, a space that licenses variation and departures from the “facts.” I’ve written short fiction about Butch Cassidy and the Sundance Kid, historical figures to be sure, but ones so obscured by fiction that almost anything goes in depicting them. The logic here seems to be that if multiple past versions exist, the new version can’t be definitive—its relationship is as much to those fictional versions as to some putative actuality—and if it can’t be definitive it seems to labor under a lesser burden of truth.

That last question of the definitive status of an account, suggests a final, subtle variety of historical fiction.

The recent Oscar race of 2013 provides some interesting examples. Zero Dark Thirty, the fictionalized retelling of some very recent history, ran into considerable flak about its accuracy, partly I’d argue because as the first depiction of that event it was held to the standard of being definitive. A decade from now when we’ll likely have half-a-dozen more versions of those events on film and TV and in books that burden will likely be lifted and we’ll apprehend the movie—for good or ill—somewhat differently.

The other historical text that got some scrutiny, and criticism during that Oscar season, was Spielberg’s Lincoln bio-pic. That’s surely a story we’re very familiar with, one told over and over. But Spielberg’s movie still attracted criticism, despite treading more familiar ground, perhaps because it aspired to—through the seriousness and prestige of the production—a kind of definitive status, emblematized by the studio’s offer to distribute free DVDs of the movie to all middle and high schools. That seems an effort on the part of the fiction to over-write history, to stand for it. The push-back was likely also because Lincoln, the movie, was such a major event, widely talked of, widely distributed.

The media in which we attempt our historical fiction would seem, thus, to shape the reaction to it. A short story about Lincoln wouldn’t attract the same outrage quite simply because the story doesn’t have the same cultural capital as film. By the same token the bar for novels is higher than stories. Stories by their brevity rarely claim to be definitive, but novels can aspire to that and are sometimes judged as such. The final (sobering) lesson here, perhaps, is to offer our most contentious historical assertions in the form of short fiction... since nobody may notice.

"The End," A Poem by Max Ritvo 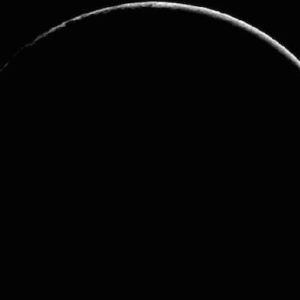 "The End," A Poem by Max Ritvo

The following poem is from Max Ritvo's Four Reincarnations, forthcoming from Milkweed Editions on September 30th.   THE...
© LitHub
Back to top