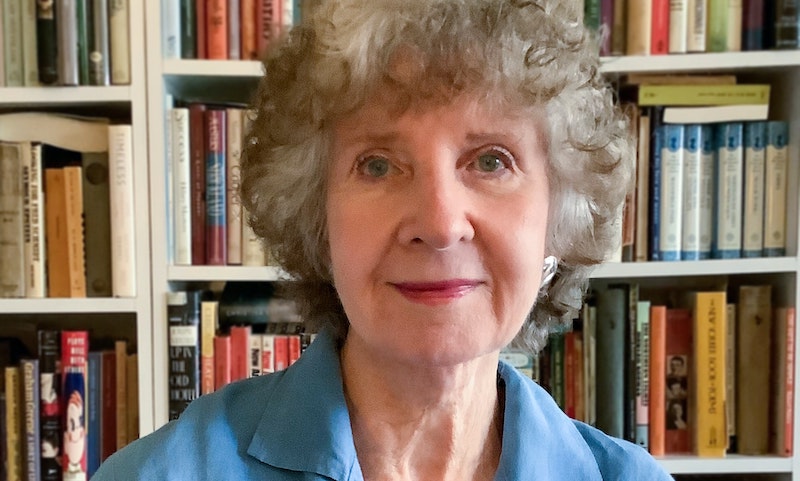 Hilma Wolitzer on the Catharsis of Writing Through Grief

Hilma Wolitzer began writing short stories in her 30s, after her children were grown. She published her first story at 36, her first novel, Ending, at 44. The narrator of Ending is ushering in a period of grief and questions about her own future as her husband, who is terminally ill with cancer, lies in a hospital. “I found myself lying in the middle of the bed on those strange new nights, like someone staking claim to territory in a wilderness,” she muses.

When Ending was published in 1974, the literary world reflected the second wave of feminism. Hilma Wolitzer became the voice of her generation of women. In nine novels and dozens of short stories, she has chronicled women juggling marriage, family, work and friendship, with what she has called “their landscape of supermarkets and schoolyards and frequent mention of Jello-O molds.” Most of the stories in her witty and touching, sometimes rambunctious, new collection hark back to that golden age of feminism in the 1960s and 1970s. In her introduction, Elizabeth Strout calls these stories “immensely gratifying, poignant, funny, and well-crafted.” All are indelibly Hilma. Nine of the thirteen stories trace the lives of Paulette (Paulie) and Howard, beginning with “Photographs,” about their early years together, and ending with “The Great Escape,” written after Wolitzer and her husband Morton were both hospitalized with Coronvavirus. He died of Covid in April 2020.

Jane Ciabattari: I’ll never forget the outpouring of grief and sadness on the day you posted on Facebook: April 12, 2020: Dear friends, my husband and I have both been ill with Coronavirus. To my great sorrow, Morty died of the disease yesterday. I am recovering in the hospital. How are you feeling now? If it’s possible, can you say how your life has changed as recent months have carried us forward into an uncertain universe?

Hilma Wolitzer: Thank you for asking this, Jane. I have recovered slowly but surely from Covid-19. Like everyone else (in the world!), my life has been greatly changed by the pandemic. It was a particularly hard time to find oneself abruptly widowed, and all the restraints of masking and social distancing (to which I strictly adhere) make “normal” life impossible. But the rallying around of my children, grandchildren, and friends, even from afar, has kept me focused and hopeful. I have often felt isolated, but never truly alone.

JC: What gave you the courage to write “The Great Escape,” in which a long married woman faces the death of her husband from Covid?

HW: I usually don’t write autobiographical fiction, and I hadn’t written any fiction at all for a long while when this story came to me, quickly and almost whole. It would have taken more courage not to write it. I found it cathartic to use some of my experience and Morty’s for the story, even though I’ve altered it, for personal and literary reasons, and assigned it to fictional characters.

JC: When did you begin writing “The Great Escape?”

HW: I had to look this up! It was in the fall of 2020, about six months after Morty’s death. I guess I needed that time to just grieve and absorb what had happened before I could begin to write about it.

HW: That’s such a good question, and so difficult to answer. I try not to end every story with an epiphany (my tendency), but to simply close it at some natural place: here’s what happened—The End. Sometimes it takes several revisions and quite a bit of cutting to come to that conclusion (in both senses of the word). For “The Great Escape,” I stopped writing at a moment in my own life when my husband’s sudden absence began to seem terribly real and permanent. I knew then that I had nothing more to say about it.

“I stopped writing when my husband’s sudden absence began to seem terribly real and permanent. I knew then that I had nothing more to say about it.”

JC: When you wrote the first Paulie and Howard stories, did you envision a series? How did that evolve? How do those earlier stories strike you now?

HW: Those characters have lived in my head since the 1960s. I often wondered what might have happened to them, as if they were friends I’d lost touch with after they moved out of the neighborhood. The stories were written one at a time, with no specific chronology or plan in mind for them. When I reread them now, I see that they reflect a particular era, at the cusp of the second wave of feminism. There’s lots of Jell-O in the stories, and no cell phones or computers, and, to my surprise and dismay, the women don’t have careers outside of their dedicated, Jell-O-making domesticity. But I also think their inner lives display a restlessness, a desire for “something else,” which I shared, and which continues to feels urgent and contemporary. I was very pleased that some younger women, who were early readers of the collection, strongly identified with the female characters.

“Those characters have lived in my head since the 1960s. I often wondered what might have happened to them, as if they were friends I’d lost touch with.”

JC: Tell me about your title, and the title story, from 1966. “Today a Woman Went Mad in the Supermarket” reflects that time. How does is it seem relevant today?

HW: That title is a mouthful, isn’t it? I wondered if it could fit comfortably on a book jacket, along with my mouthful of a name, but the art department at Bloomsbury really made it work. The title is pretty direct, in that it reflects what actually happens in the story—a woman has a breakdown in a supermarket aisle. But it’s also kind of a metaphor for the frustration many women feel with the limits or constraints on their lives. That was true 55 years ago, when the story (my first) was written, and although we’ve made many strides since then, the title and the content still seem relevant today.

JC: Your narrators are frank, observant, self-aware, straightforward about sexual desire, at times wry about the ways of men. There are striking sentences and passages in every story. The opening to “The Sex Maniac”: “Everybody said that there was a sex maniac loose in the complex and I thought—it’s about time. It had been a long asexual winter.” Or “Overtime”: “Howard’s first wife wouldn’t let him go. Her hold on him wasn’t even sexual—I could have dealt with that. It would have been all-out war and of course I would have won.” Or a line like “Public nudity still surprises Sharon,” From “Bodies.” Where does that voice come from?

HW: I wish I knew where that voice comes from, so I can summon it at will. Sometimes I think it belongs to my younger, nervier, more exuberant self, although it appears to be reprised in “The Great Escape.” Maybe it’s an alter-ego! All of the stories that begin with those lines actually began with those lines entering my consciousness. At the risk of sounding like Joan of Arc, I “heard” a voice speaking them to me.

JC: Do you have first readers for your work? If so, have they changed, over the years? (If not, why not?)

HW: My most cherished first reader was my husband, who was honest in his responses, even when it led to a minor disturbance in the household. (“What do you mean “It’s okay”?) He was also a walking thesaurus, and a valuable resource on certain subjects, like psychology and jazz. I miss calling out a question to him when I’m stuck on a word or a fact. My daughters, Nancy and Meg, continue to be prized (honest and charitable) readers. Decades ago, I was in a writing workshop, and the feedback from my peers was very constructive. I miss that. My agent, Henry Dunow, helped me to break a prolonged writing block by having me send him a few pages at a time, and encouraging me to send a few more pages every week until I finally had a novel.

JC: In the pre-Covid literary universe, I relished bumping into you at literary gatherings in Easthampton and New York—most recently at a Rona Jaffe awards ceremony also attended by your daughter Meg. I have fond memories of interviewing the two of you for my BBC Culture piece about notable pairs of mother daughter novelists, along with Mary Wollstonecraft/Mary Shelley and Anita Desai/Kiran Desai. How have you been able to re-enter the world? What are the plans for the book launch?

HW: That was great fun for us, too. All those lovely social encounters seem to have happened in another lifetime.Interviews, like this one, are great for the book’s launch. And Meg, whose idea it was to gather the stories for Today a Woman Went Mad in the Supermarket, has been a steadfast support (as a daughter and as a fellow writer). We’re doing a few virtual events together, which I’ll be posting about soon in the usual places. I’ll also be doing (virtual) events with other writers, including Elizabeth Strout, who wrote such a generous and eloquent foreword to the book. It doesn’t feel exactly like a re-entry into the world, but it’s definitely the next best thing, especially now that I’ve gotten the hang of Zoom!

HW: I’ve been writing poems lately. They have to be revised as strenuously as the stories, but of course there are far fewer pages, and fewer words on the page. I do hope to begin a new novel soon. At 91, this may be chutzpah or just plain insanity, but perhaps you need both to be a writer at any age.

Jane Pek Performs an Excerpt of Her Short Story 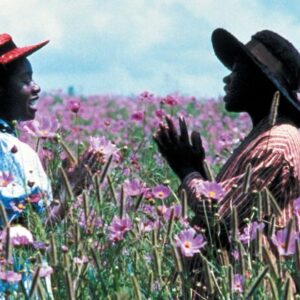 My sister Kim and my best friend Debra were my first great loves. My memoir, Three Girls from Bronzeville, tells our story—three...
© LitHub
Back to top