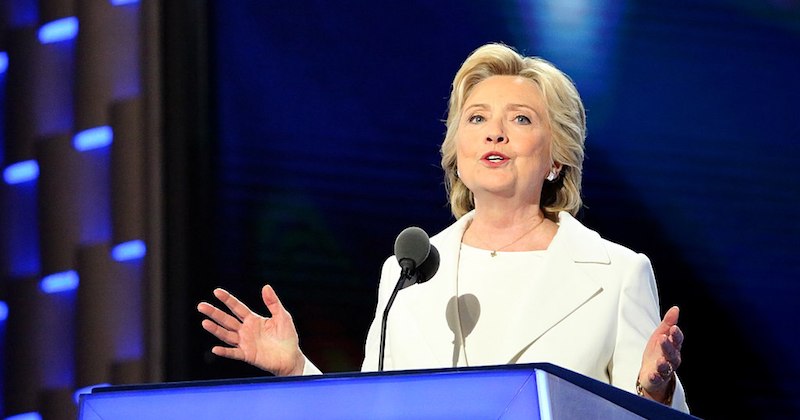 As the age-old advice goes, “Write what you know.” For Hillary Clinton, apparently this means pivoting from writing dense memoirs about “hard choices” and nonfiction books about women’s empowerment to . . . political fan fiction thinly disguised as a legal thriller?

Simon & Schuster has announced that Clinton and her BFF Louise Penny, author of the Chief Inspector Armand Gamache series, are collaborating on State of Terror, an “international political thriller novel.”

According to the official synopsis, the book follows “a novice Secretary of State” who squares off against a male adversary, “a president inaugurated after four years of American leadership that shrank from the world stage.” The protagonist must deal with a battering of terrorist attacks and uncover the truth behind a “conspiracy,” which threatens the stability of an American government that is “dangerously out of touch and out of power in the places where it counts the most.” Hmmm . . . sounds familiar.

When I read the announcement, I couldn’t help but wonder: Did Clinton find inspiration in Stacey Abrams’s well-established publishing career? Abrams, who is the author of eight romantic thrillers, recently revealed that she’s publishing a new novel called When Justice Sleeps. Abrams said, “It is the story of a young lawyer who unexpectedly finds herself to be guardian to [a] Supreme Court Justice, who has fallen into a coma.” The thriller, which will be published by Penguin Random House on May 11, 2021, marks the first time Abrams will not use a pen name.

Based on the synopsis alone, I have to admit that Abrams’s book sounds a bit more compelling. No offense to Clinton, but the premise for State of Terror sounds like a ripe opportunity for a Mary Sue insert. However, this judgment is based on my former career as a highly-respected fanfiction.net author and the many self-insert stories I’ve seen, so I could (not) be completely wrong!

State of Terror, which will be published by Simon & Schuster and St. Martin’s Press, will be available on October 12, 2021.