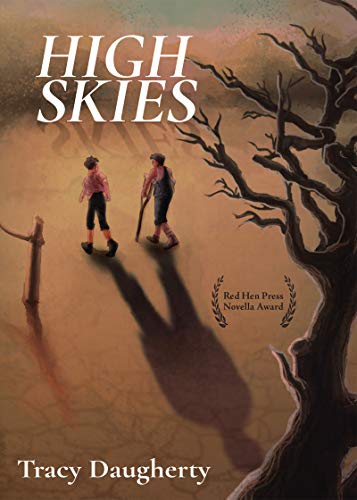 The following is excerpted from Tracy Daugherty's latest novel, High Skies, on devastating weather, Cold War suspicion, and tense race relations in a small Texas town in the 1950s. Daugherty is the author of several books of fiction and nonfiction, including the New York Times bestseller The Last Love Song. His short stories and essays have appeared in the New Yorker, Vanity Fair, British Vogue, and others. He lives in Oregon with his wife, writer Marjorie Sandor.

The first time I saw Stevie’s crutches, in the lunch room, in first grade, I wanted to run away from him. Naturally, the fact that he was different frightened me. And the crutches meant he had a disease. I didn’t want to catch whatever afflicted his body. It took many weeks for me to feel comfortable around him—weeks of closeness (teachers sat us together at lunch one day and the arrangement stuck), of talking to him, of learning we liked science and the same comic books. My mother had told me he suffered from arthritis—it wasn’t a “communicable” disease, she said.

Even as a child, I was struck by the implications of her wording: if you communicated, you got sick. On the other hand, sickness also spread from lack of communication—a circumstance our community soon endured.

On September 4, 1957, Texans would watch on television as National Guardsmen in the neighboring state of Arkansas, on orders from Governor Orval Faubus, blocked nine black students from entering Central High School in Little Rock, while a growing crowd chanted, “Go home!” Texans weren’t the only ones watching. Immediately, all over the world, the Soviet Union disseminated press releases mocking American rhetoric about freedom and equality in the face of such obvious racial discrimination. School segregation became a major Cold War issue—a weapon in the global conflict. Months earlier, in the spring, at the time of the storms, our hardscrabble town had engaged in Cold War combat, and our schools played a role in the drama.

Because of its proximity to Webb Air Force Base, Midland became awash in rumors, in mid-April, concerning a Soviet installation in the Southern Ural Mountains. US intelligence had gathered information about an incident there, in the Chelyabinsk district: stories of ugly, purplish skies, rich farmland plowed under overnight, livestock slaughtered. The Soviet government offered no official statements, and managed to successfully impose a news blackout, but some of the men stationed at Webb knew that Chelyabinsk was the home of the Mayak nuclear facility. In 1949, it had produced the Soviet Union’s first atomic bomb. These men knew that, in addition to the ruined farmland and murdered cattle, villagers downstream from Mayak were reporting dozens of cases of radiation sickness. These men, the important men who knew all this—they became a little too relaxed in the evenings while on R&R from Webb, a little too lubricated. They talked about Mayak. Word got around Big Spring. It made its way to Midland. One day at work my father heard about Mayak from a colleague, who’d got it from a friend of a friend who knew a colonel at Webb. There had been an accident, releasing radiation. It had happened because Soviet officials were putting enormous pressure on the facility to build more bombs. Clearly, the communists were gearing up for large-scale war.

Midland, Texas in 1957 was not the only mid-American town paranoid about communism and the possibility of a nuclear attack. Nor was it the only town with a conservative city council whose members prided themselves on patriotism, men (for they were all men) who considered Senator Joseph R. McCarthy a role model (he had died that spring of alcohol-related causes). The Senator’s work, of rooting out communist spies wherever they infected American institutions, would not die with him, these men insisted.

Midland, Texas was not the only place in 1957 whose city council wanted to “send a patriotic message” (to whom was not entirely clear), a warning about the escalating arms race. It was not the only place to pass an official ordinance forbidding visits from persons traveling to the United States on Soviet passports, as well as citizens from Eastern Bloc countries. Such ordinances went into effect that year on Long Island, in northern California, and in most of the mid-sized towns along the east coast of Florida.

Midland’s councilmen cited the town’s oil production, crucial to the nation’s future energy needs, and its location near Webb Air Force Base as the primary reason to ban Soviets from traveling to the region—who knew what military secrets they might try to steal? But it was also the case that, in the wake of Brown v. Board of Education, these same places, towns like Midland proudly making strong Cold War stances, were strenuously fighting federal efforts to integrate their public schools. Even before the events in Little Rock, Arkansas, it was national news that the Soviet Union regularly tried to embarrass the United States on the world stage by playing up racial strife in its cities. Even my father, who said he supported the Midland City Council’s stand against communism, mused aloud one day, “Maybe they don’t want the Russkies here because they don’t want them to see what it’s like on the wrong side of the tracks.”

Excerpted from High Skies by Tracy Daugherty. Excerpted with the permission of Red Hen Press. Copyright © 2020 by Daugherty.

My Life in Cars: On Driving and the Dread of My Own Power 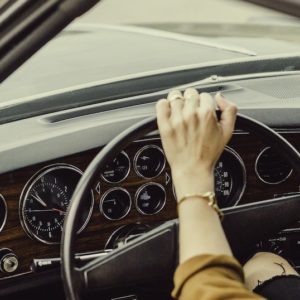 My Life in Cars: On Driving and the Dread of My Own Power There is nothing so nice as being whisked somewhere in a car, very fast. My father was to the motor born. He drove for pleasure...
© LitHub
Back to top