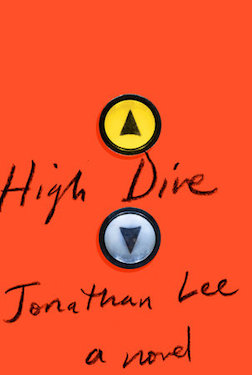 The following is from Jonathan Lee’s novel, High Dive. Jonathan Lee is a British writer whose recent fiction has appeared in Tin House, Granta, and A Public Space, among other magazines. High Dive is his first novel to be published in the United States. He lives in Brooklyn, where he is a contributing editor for Guernica and a regular contributor to The Paris Review Daily.

When Dan was eighteen a man he didn’t know took him on a trip across the border. It was 1978, the last week of June, six days after the British Army shot dead three Catholics on the Ballysillan Road. The car smelt of vinegar from fish and chips and the man had a scarred bald head and two jokes, one about the Brits and the other to do with priests. He seemed to be steering Dan somewhere near Clones, big square-tipped fingers drumming at the wheel, little jolts of surprise in his eyes sometimes as the road invented itself. He had a lavishly ugly cauliflower ear. He touched it several times as he drove. The crowded grey houses of Protestant Ulster gave way to light, to colour. You could feel the wind here and smell the grass. There were Derry buses streaming with red-and-white scarves. Flags in green and white and gold were wrapped around the branches of trees.

The bald man unleashed a magnificent burp as he swung the car onto a dirt track. The dirt track led down to a square of land enclosed by elms. Dan saw daisies, hay bales. A gleam of Coke bottle in the weeds. Beyond the bottle in a margin of shade a dark Land Rover was parked.

“Don’t you worry yourself about the vehicle,” the bald man said. “No one stops it, see? He’ll be thinking of a Saracen for Christmas.”

“Oh,” the bald man said, “I’d reckon so.” With his seat belt still fastened he began pawing around in his jeans pocket for something, the touchy bulk of his body contorting like he was trapped in a torture chair, but a flattened packet of chewing gum was all that his hand retrieved. He looked at Dan and laughed. “Should’ve thrown you a can for the journey, shouldn’t I? A drink would’ve tightened the dung.”

The weather this morning was storybook pure. Big yellow sun. Smooth blue sky. A single white cloud as drawn by a child. It seemed the kind of day when nothing serious could happen. A day to drink eight pints and get burned. There weren’t many days like this in an Irish year; they asked to be remembered. He walked with the bald man towards the Land Rover, sharp grass going flat under their boots. Cottages were scattered around this land, detached places fronted by tilted fence posts and low open gates, window shutters swagging on tired hinge pins, properties that promoted an idea of privacy without ever quite needing to commit, and he too felt exposed, open. Sorely underprepared. He’d had no notice that the car was coming for him. Sweat was already forming at the base of his back. His leather jacket was cool but heavy. He’d heard so many stories about these initiations, the things they put you through before you could properly join, but he knew too that tall tales were Belfast’s stock-in-trade, the false often boosting the true.

A thin guy climbed out of the Land Rover. He wore specs and a smart shirt, sand-coloured trousers. Could this really be Dawson McCartland? He looked like an accountant. He pulled two large dogs out of the Rover on a long forked lead. One was gold and the other was brown. “Good morning,” he said in a nasal monotone, nodding as if to prove that he meant it.

Dan went in for a handshake. Instead he received the dog lead. “I’m Dan.”

“Well,” Dawson said, removing his specs, “that’s a relief.” His blurry eyebrows were joined and from under their awning he stared. A twinkliness to his eyes. The corners of his mouth upturned. With a hanky he wiped at the lenses of his glasses. The dogs were barking and pulling on the lead. He looked like a man struggling to contain some huge and mysterious amusement with the world and glancing down at his dogs now he sighed. “Away in the head they are, Dan. I love them more than my wife, these animals. Is that wrong, to prefer them to her?”

“In Ireland, who love their dogs. You seemed to be assuming a category.”

“On the whole I think of us more as cat fellas, Dan. Independent. It’s the Loyalists who are the dogs. Got any pets?”

“Not a rabbit, or anything?”

“Chinchilla, maybe? Budgerigar? It’s going to be tough to let you volunteer without something, y’know. Freedom fighters need a mascot.”

There was a long pause.

“I’m just pulling your chain, Dan. You’re with friends. This interview’s going to be very informal.”

The bald man was yawning happily, eyes sliding towards the trees, and the squirm of nerves in Dan’s stomach began to settle a little. “The lad’s not much of a talker, Dawson.”

“You don’t say,” Dawson said. “Might be a doer instead, eh?” He took a pack of Newports from his pocket. “Want one, Dan? I’m a great supporter of silence.”

The bald man chewed gum. “Given up, haven’t I.”

Dawson lit up and took a drag. “Same thing, I’d argue.” He stood there smoking, crackling with his own peculiar charisma, the kind of self-assurance Dan had only recently learned how to fake. Every movement with the cigarette was well mannered, expert, measured and tight, as if designed to counter rumours that he could be a vicious brute. With great delicacy, as Dan leaned back into the breeze, Dawson tapped some ash away and let smoke escape a smile.

“So,” he said to the bald man. “Business. Tell me about young Dan here. What’s he got going for him apart from his looks, his height? Who recommended?”

“Which Mad Dog, though?”

The bald man sniggered at this. Paddy was quiet, diminutive, aways keen to understand, with a careful moustache and small blue eyes he had a knack of keeping steady. He was ten years older than Dan and if he really was known as Mad Dog it would be a joke, Dan thought. Like calling a small man Big Tony. A ladies’ man Gay Sam.

Dawson said, “You’ll have to excuse us, Dan. The best nicknames get overused. Same in every army. We forget what the reason was and then there’s this dearth of imagination, isn’t there? A dearth that’s affecting the world. How d’you get to know Paddy Magee?”

He had cousins who lived around the Ballymurphy Estate. When the RUC took on Republicans there, news crews from all over the world came to watch. Italians staying at the Europa would pay five US dollars for a plastic bullet. They tried to give you lire but you laughed, told them you didn’t have a big enough bag; they liked the pep in that chat. The Americans would pay upwards of ten. If the bullets were still warm you could scratch names onto them, which the Japanese enjoyed—souvenirs from a dangerous trip, a bystander’s excitement at violence. A personalised bullet commissioned by an Asian and engraved to order could catch as much as fifteeen. On the downside the commissioner might easily disappear and then you were left with something you couldn’t sell on. Dan’s friend Cal had spent half his adolescence looking for a second Haruto. From the Ballymurphy you could see the Black Mountain, a thousand shades of green made dark by all that rain.

“Not a bad little business, I imagine, Dan.”

“So I hear. You and a sham, was it? For the bullet collecting?”

Dawson tilted his head. “Has he a surname, this Cal character, or is it a Cher ball-tickler sorta situation?”

Dawson considered the sky. “Nothing’s ringing,” he said. “I’ve succumbed to impure images of singing angels, is the thing.”

“He suffers from a—”

“Oh, I know Cal. Nice lad, altogether. Face like a dose of haemorrhoids but he’s nice despite it, isn’t he? I’m very wary of pretty fellas, Dan, I’ve got to tell you. A pretty guy or girl has something they’re worried’ll get spoiled, y’know? My wife’s dead on—you’d be lucky to have her company, Dan—but she’s only got one eye, there’s the thing.” He crouched down to screw his cigarette into the ground. Carefully he folded the stub into a tissue, pocketed it and lit another Newport. “Wears a patch. Scottish by birth. As for me, I’ve actually got some English blood in me, y’know? Touch of Welsh too. Some say it disqualifies me from doing this job, but that’s the type of wonky thinking that’ll cause wars, isn’t it? Lack of faith in empathy. Tell me: are you a fan?”

Dawson’s lips pressed thin, resisting a fresh grin, and his eyes seemed to glitter again. “It’s worth pondering on. If you don’t have it, a little of it, you can’t think yourself into another person’s shoes. You can’t countenance, let’s say, that I could wear yours with conviction.” He bent down to pat his dogs, took a long look at Dan’s boots and stood. “No,” he said. “Lack of empathy’s a tragic flaw. Ever read any Shakespeare, Danny?”

“Why? Did he invent flaws?”

“Ha. I like you already. You’re warming up nicely. But no. Not even God, the old fucker, could make such a wondrous claim.” He inhaled and blew a smoke ring. “Wonder where He’s holidaying sometimes, don’t you? Not giving Ireland much time, is He?”

“Depressed or drunk, like everyone else. But no, I like a bit of Shakespeare, Danny. That’s all. I don’t read it anymore, but it’s in me, you know? Like the Irish lingo. Seirbhís. Slán. Now. Mick. Will you go fetch the bags from the Rover, please? The ones with the gear in them. That’d be grand.”

Dan watched Mick receding and returning, settling the bags on the grass, shirtsleeve riding up around his grudging wrist and flashing part of a blue tattoo. Tongue of a hanging snake, maybe, or flick of a mermaid’s tail.

Dawson said, “Do us a favour, will you, Dan? Play with the animals awhile. They don’t get out much, they’re like old Mick here. And Mick and I have deep stuff to discuss.”

At Dawson’s instruction Dan unzipped the green bag. It contained three tennis balls, a baseball bat, a warm six-pack of beer. He walked towards the trees with the tennis ball that looked least chewed.

From HIGH DIVE. Used with permission of Knopf. Copyright © 2016 by Jonathan Lee. 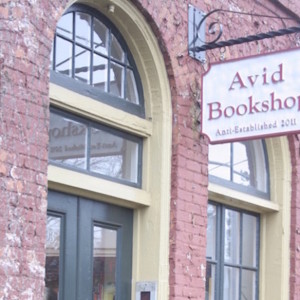