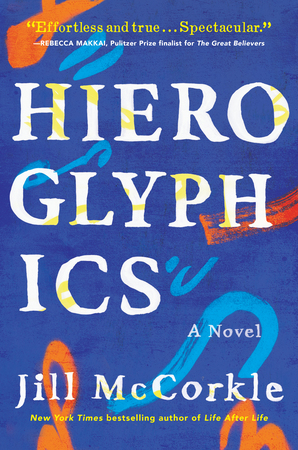 The following is excerpted from Jill McCorkle's new novel, Hieroglyphics. McCorkle's work has appeared in Best American Short Stories several times, as well as The Norton Anthology of Short Fiction. Five of her books have been New York Times Notable books, and her most recent novel, Life After Life, was a New York Times bestseller. She has written for the New York Times Book Review, the Washington Post, the Boston Globe, Garden and Gun, the Atlantic, and other publications.

Shelley always has a to-do list much longer than she can ever finish, and she keeps it with her at all times, checking things off and then making a clean copy, putting down new things to fill the old, like those things she thinks about but never gets around to doing, like scrubbing the bathroom grout with a toothbrush dipped in Clorox or sorting that big plastic bin of Legos into colors. Those are the kinds of things she would love to do, but of course who has time? It’s about all she can do to get Harvey up and dressed and moving, and then get herself to work on time.

She pulls into the parking lot of the courthouse with no idea of what to do next. Should she walk right up those granite steps and through the big doors like nothing had happened, avoiding eye contact as she always does with those lined up and waiting for some kind of sentence or judgment? Usually she feels proud that she is not among them, their eyes bloodshot and cigarettes dwindled to ash, some crime or misdemeanor heaped on their shoulders. She is sympathetic, but she is also afraid of them. She is afraid she will be told that that’s where she belongs, there in the lineup of those trying to climb from a hole.

Sometimes, when she doesn’t want to be home alone, Shelley comes and parks and just watches people coming and going. The Food Lion is always good, and so is the cemetery, near where she lives, and so is the courthouse. So many people and for so many different reasons: marriage licenses and restraining orders, murder trials and traffic violations. She has to keep the car running so she can stay cool in the AC, which she knows burns gas, but there’s no other choice. If the wait gets to be too long, she will go across the street and wander around Food Lion and the Dollar Store, where it’s cool, and if anyone ever makes eye contact, like they want to come over to her window, she studies her phone or the newspaper she always keeps in the car for this reason.

Recently, she learned about Google Maps and has been looking up places, like where she lived with Brent or where she lives now, and it’s eerie to see the house there, as if she or Harvey might come out the door or peep from a window. She had looked up the name  of that old man who keeps coming to the door: Frank Wishart. And now she types in his address—524 Ivy Trail—and studies the house, a neat little house like a storybook cottage with a blue front door. She zooms out and can see the golf course. Why would he ever want to come back to the house where she lives? Whitepages.com lists his family members: Lillian Wishart, Rebecca Wishart. She makes a note on the dashboard, where she has penned a lot of other information, like the phone number of Harvey’s school or how many calories are in Chicken McNuggets or when her next oil change is due. Maybe she should ride over to their house and ask to come in. Maybe she should ask do they want to swap houses like on that TV show?

One day when Shelley was sitting like this at the cemetery—still in her bathrobe and bedroom shoes—she parked under a shade tree and watched a funeral procession. It was peaceful, and lately, she needs peaceful. But more than that, she needs to know she still has her job, and so parked here at the courthouse is the right place to be, even if it is hot as hell and scared-looking people are loitering  all over the place. And she needs more sleep, uninterrupted sleep. And she needs to know there is not a person coming into her house when she isn’t there or up to her car window. She locks the doors and opens the newspaper; it’s a month old, but she studies it closely while the people in the car next to her get out and go up those big steps. The man stops to light a cigarette, and the woman clutches her purse close to her body. They are both painfully thin and clearly not there for something happy.

Night terrors. That’s what they call it when children wake and cry and are too terrified to sleep. Shelley isn’t crying, but that’s how she feels all the same, maybe the fallout of being a mom with a kid who can’t sleep, who often wets the bed, daily claiming he’s seen a ghost, as if she didn’t already have enough to worry and be afraid about without him giving her more. She looks up night terrors, and it says they can go on until adolescence! Harvey is only six, and the thought of seven or more years of this sounds terrible, like some of those plagues in the Bible, seven years of snakes and locusts and boils, all kinds of bad shit to mess you up.

The doctor talked about the Moro reflex, how infants’ arms go reaching and grasping at the air as if something invisible is there to pick them up.

When both of her boys were babies, the doctor talked about the Moro reflex, how infants’ arms go reaching and grasping at the air as if something invisible is there to pick them up. The doctor said that it probably went way back to the beginning of time, babies reaching for the comfort of their mothers, kind of like the way Harvey always booby-traps her when she reads his story, one hand on her arm so that as soon as she tries to slip away, he wakes. The Moro reflex is the only fear humans are born with, the doctor told her; everything else is learned. The Moro is like those jerks and shivers you can’t help and people say a rabbit ran over your grave, the kind of thing she would never say to Harvey these days, the way he is so scared of everything, especially ghosts, or the ghost he thinks lives in their yard and comes in their house.

With a cemetery practically across the street, it’s all even worse. It’s a pretty cemetery, some really old parts with great big trees, beautiful really, and Shelley has taken a lot of walks there since renting this house. It’s peaceful in the daylight, like when she stopped to watch the funeral, but as soon as the sun starts to go down, the cemetery has a different feel to it, and so she closes the curtains  and locks the doors, turns on the night-lights in the hall and in the bathrooms. “It used to be one of the best parts of town,” a colleague at work had told her, not saying what was implied: But now it’s not. But compared to some other places Shelley has known, it had seemed fine, and the rent is reasonable, and there’s a big yard, and, no, it’s not as big as the house they used to live in with Brent, but that was another town, another life, and now, according to Google Maps, that house doesn’t look so hot either. This house will be okay once they feel settled. It takes time to feel settled, especially if you’re the only adult.

“You’d be so easy to kill, Shell,” Brent had told her early in their time together. “You do the exact same thing every day. Same place. Same time.” They were in Atlanta then, and they’d laughed when he said this, and he’d pulled her in close. It was one of those days when she was aware of happiness; the sun was shining, the kind of golden light that makes even ugly things look good. He was teasing her, but it was true: the way she got up at the same time, made the coffee in the same way, used the same mug, parked in the same spot at work, parked in the same spot at home, sat in the same chair to watch the local news, and then circled back at ten to watch it again, to see if anything had happened or changed. He said that some nights when he came home from work, he could look in the window and see her there staring at the television, whatever was supposed to be for supper boiling or burning on the stove—teasing again.

Brent worked hard. He knew all about cars; he could fix them, and he sold them. When they first met, he even took Jason for rides in an old Mustang he had fixed up. He was someone with dreams about wanting his own dealership, and so Shelley made up some dreams, too, like she said she wanted to go to college and study plants and trees—“Botany,” he told her—but the truth was, she felt like she was at the beginning of her dream when he welcomed them in. He got irritable sometimes—that vein in his forehead and flared nostrils were a sign—but he never touched her in a hurtful way.

“I’ll knock you into next week,” her father used to say. “I’ll knock the daylights out of you.” There were times when getting knocked into next week had sounded good to Shelley, one slap that maybe would be the last one, sending you way up into the sky and landing in another time and another place. When she met Brent, she felt safe. But now, she has trouble sleeping and, yes, she hears things, too.

Now that Harvey has talked about it all so much, she has started listening and she also is hearing the sounds, though sometimes it’s hard to know if it is real or part of a dream. There is so much to think about and worry about that of course she might toss and turn, so she tries to relax, to think of peaceful things, like the ocean—she sells seashells by the seashore—or the way Brent sometimes sat and strummed a guitar, not really playing anything in particular but doing what he called “playing with playing.”

That same day Shelley stopped to watch the funeral, she saw a woman standing in the newer part of the cemetery, where there is no shade from the baking sun. The woman looked middle-aged, her reddish-gray hair pulled back in a ponytail, arms crossed over her chest as she stared up at a bunch of birthday balloons tethered to a headstone. Once again, someone had gotten knocked into next week and someone who loved them was left to wonder why.

Excerpted from Hieroglyphics by Jill McCorkle. Copyright © 2020. Reprinted with permission of the publisher, Algonquin Books. 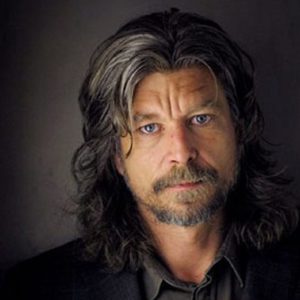 What Happens When You Write Karl Ove Knausgaard a Letter? In 2009, a novel was released in Norway with a fairly simple premise; the author would simply write about himself, his life...
© LitHub
Back to top