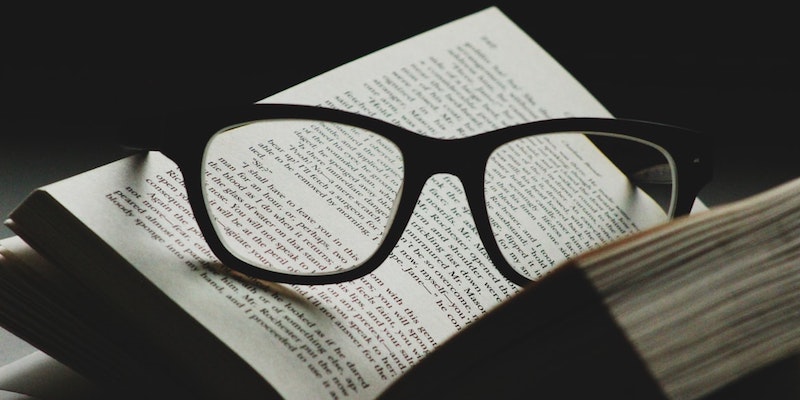 The glasses in question are a reissue of the brand’s Roland frame (whose shape Mr. Magazine describes as “equal parts literary and rebellious in spirit,” which… seems like a lot for some glasses to live up to, but okay!), and come with a custom Paris Review-branded lens cloth. To mark the collaboration, Warby Parker will also be making an unspecified donation to the Paris Review Foundation.

Warby Parker has a long history of (what I hesitate to call and will nevertheless call) bookishness—its name comes from two characters in Kerouac’s unpublished journals, Warby Pepper and Zagg Parker, and two of the brand’s early frames were called Ripley and Greenleaf (I guess in case you were trying to decide whether you had the stomach to be the protagonist at all costs).

Honestly, in the vast and weird landscape of ~collabs~, at least this one makes sense. But I think instead of pretending that these glasses have a particularly literary (and rebellious?) shape, we should all just acknowledge the fact that glasses, like books and New York Media softball games, are for nerds.