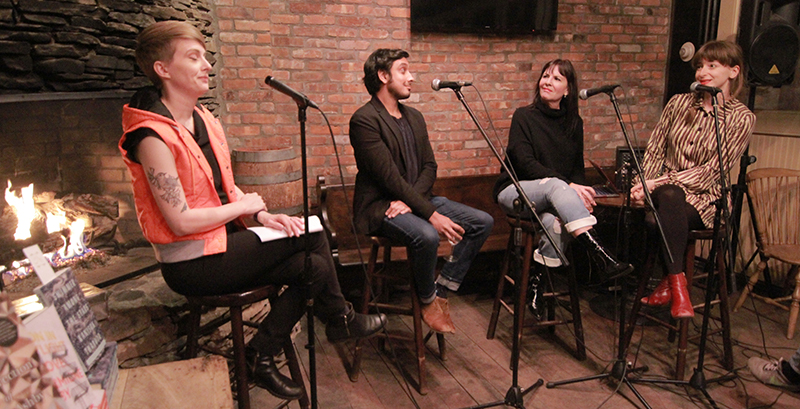 This week, the podcast features the reading and panel discussion from the LIC Reading Series event on February 27, 2018, for an event we did in partnership with the Catapult writing program, with Hermione Hoby (Neon in Daylight), Kanishk Tharoor (Swimmer Among the Stars), and Cherise Wolas (The Resurrection of Joan Ashby). Listen to this week’s readings here!

Hermione Hoby grew up in south London and has lived in New York since 2010. She is a freelance journalist who writes about culture and gender for publications including The New Yorker, The Guardian, The New York Times, and The Times Literary Supplement. She also wrote the “Stranger of the Week” column for The Awl. Neon in Daylight is her first novel.

Kanishk Tharoor is the author of Swimmer Among the Stars (Farrar, Straus and Giroux, 2017). His journalism and fiction have been published in the New York Times, Guardian, The Atlantic, The Nation, Paris Review, The New Yorker, Los Angeles Review of Books, and Virginia Quarterly Review, and his work has been nominated for the National Magazine Award. He is the presenter and writer of the BBC radio series Museum of Lost Objects and a columnist for the Hindustan Times and the Hindu Business Line in India. He has a BA from Yale and an MFA from NYU. He lives in Brooklyn with his wife and son.

Cherise Wolas lives in New York City with her husband. She is the author of two novels, The Resurrection of Joan Ashby and The Family Tabor. 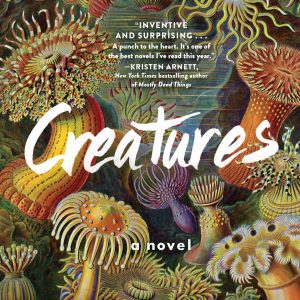 For the first decade of our marriage, Liam lives most of his life at sea, staring at sunsets and catching fish for cash....
© LitHub
Back to top