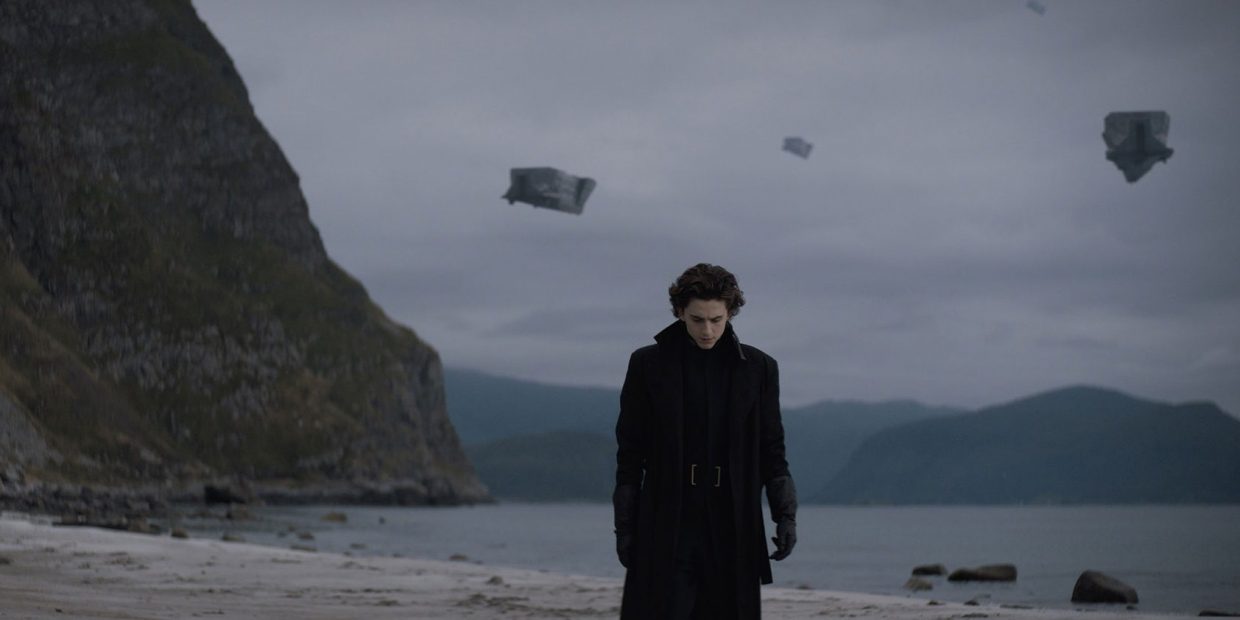 Here’s your first look at a brooding Timothée Chalamet in Dune.

You guys: with the A-list actors confined to their gated compounds and every notable film release date kicked months down the road as the once-unstoppable juggernaut that is Hollywood grinds to a near-standstill amid the ongoing COVID-19 lockdown, we almost forgot about Dune! Dune, Arrival and Blade Runner 2049 director Denis Villeneuve’s adaptation of Frank Herbert’s seminal (and notoriously difficult to adapt) 1964 science fiction epic, is still happening. Oh by God it’s still happening.

Vanity Fair is this week running a multi-part preview of what is undoubtedly the most-anticipated SF film of 2020 (if indeed they can get it out in 2020), and today’s installment focuses on the story’s central hero: Paul Atreides (T-Chal), “a child of privilege raised by a powerful family, but not one strong enough to protect him from the dangers that await. As the Atreides family leaves the oceanic world of Caladan to take over scorching Arrakis, they are also becoming prey to the brutal rival House Harkonnen, which seeks to exploit the desert world they are about to inherit.”

In the shot above, the transport ships descend to take the Atreides leadership to their new destination. At this point, Paul is being taught the ways of war by a veteran soldier named Gurney Halleck, played by Josh Brolin. Paul’s parents, Duke Leto and Lady Jessica Atreides (Oscar Isaac and Rebecca Ferguson), must not only manage the spice mining on Arrakis—but also the politics at play in the broader galaxy.

Beyond the fortifications on Arrakis, giant carnivorous sandworms rule the landscape, while a tribe of indigenous humans known as Fremen, led by Javier Bardem’s Stilgar, somehow survive in the crevices, fearful that their world is about to be turned inside out by those they see as invaders.

Whether Villeneuve’s version becomes a Blade Runner 2049-esque triumph, or a critically-savaged box-office bomb, remains to be seen, but we do know one thing for certain right now: Timmy can wear the fuck out of a black duster.