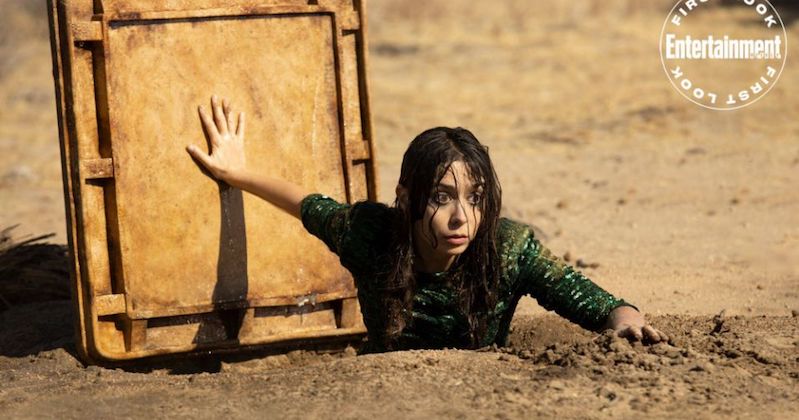 Here’s your first glimpse of HBO’s Made for Love adaptation.

Earlier this afternoon EW gave us our first look at one of the most anticipated literary adaptations of the year: HBO’s Made for Love.

The TV series adaptation of Tampa-author Alissa Nutting’s deranged and darkly comic 2017 novel stars Cristin Militoni (Palm Springs, Fargo, How I Met Your Mother) as Hazel Green, a woman who, after running out on her marriage to a megalomaniacal tech company CEO, moves into a trailer park for senior citizens with her aging father and his extremely life-like sex doll.

The cast is rounded out by Ray Romano (as Hazel’s newly-uninhabited father), Billy Magnussun (as her sociopathic tech billionaire husband, Byron Gogol), Noma Dumezweni and Dan Bakkedahl (as Gogol’s minions), Augusto Aguilera (as a man who, after a freak accident, becomes sexually attracted to dolphins), and an unspecified dolphin (as the dolphin).

“…what really drew me in was Alissa’s voice,” showrunner Christina Lee told EW. “Her writing has a way of making you feel queasy and delighted at the same time, making you burst into laughter. She set up such a fun and unique world to adapt and expand from. Plus, what other show can boast that they have a sex doll and a dolphin as main characters?”

Made for Love will hit small screens later this Spring.