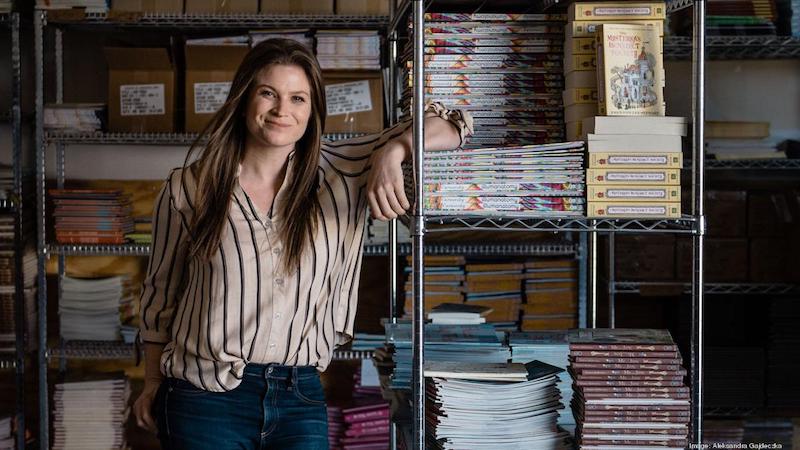 Here’s what you need to know about the book club service that just raised $40 million.

This morning, PR Newswire broke the news that Literati, an “innovative literary brand,” has just raised 40 million dollars in Series B funding. Among its investors is NBA giant Steph Curry. If you’re anything like me, you may have some questions, among them: What’s the $40 million being used for? Is this some crucial literary technology I’ve been missing? Most of all, what is Literati?

Here’s a brief rundown: Literati is an Austin-based book club subscription service for both kids and adults. Adults can subscribe to a book club curated by one of Literati’s “luminaries”: Malala, Steph Curry, Joseph Campbell, Richard Branson, Susan Orlean. They’ll receive a monthly book selection in the mail, and can discuss the books with other subscribers on the Literati app. Literati Kids, Literati’s first-launched program, allows families to pay a monthly subscription fee for a themed box of five children’s books per month; parents have a week to choose which books they’ll send back for free and which books they’ll purchase for good. Literati Kids offers five boxes for different age ranges: Neo, Sprout, Nova, Sage, and Phoenix. You know, the stages of a child.

Literati’s service has been well-reviewed, and featured in O Magazine, USA Today, and on NBC’s Today Show. This has been a long journey for Literati founder and CEO Jessica Ewing, who left a more stable job to work on the startup. Ewing attended Stanford and after graduating worked at Google, where she was named one of Google’s 12 Most Innovative Minds by Fast Company. But this didn’t fulfill her: as Ewing says on her LinkedIn profile, “I have the kind of adventuresome mind that loves to integrate vastly different fields and ideas.” Ewing credits a 28-day outdoor survival course she took at the Boulder Outdoor Survival School with giving her the courage to quit her job at Google. “Life seems like a series of odd coincidences, but often when you look back at your life’s trajectory, there is an arc that suddenly starts to emerge, kind of like a very well-written novel,” Ewing told Silicon Hills. A year after that, as Austin Monthly puts it, Ewing “did the unthinkable . . . she moved to Hawaii.” There, she started writing full-time.

When Ewing started pitching her novel—“a thinly disguised memoir,” she told Forbes—she didn’t enjoy the process of writing handwritten letters to agents and publishers, and felt compelled to innovate. From this came Excerpt, a platform designed to connect writers with publishers and agents. But when she went to Silicon Valley to get funding, she found little success: investors weren’t interested in book-related platforms. “I might as well have popped into these meetings with a horse and buggy,” Ewing told Silicon Hills. But those harsh meetings prepared her to hit the ground running five years later when she founded Literati in 2017. “It was so many no’s, but it was so many helpful tips, tricks, intros,” said Ewing.

Now, Literati has found success in the form of a $40 million Series B round—and where is that $40 million going? Apparently toward technology to optimize book matching. “To take something like machine learning, and use it for a purpose, like matching the right book to the right kid, so they fall in love with reading and education is something I’m really excited about,” Ewing told Forbes. For adult subscribers, she envisions developing Literati into a “functional, beautiful literary social network”—I presume by building out the existent app. And, Literati is hiring new engineers and data scientists; their Careers page invites applicants to “come be a part of building the worlds [sic] most beloved literary brand!” Ewing also told Forbes that she’s looking for more celebrities to add to Literati’s luminaries. One of her dream curators: the Dalai Lama.

If you’d like some book recommendations but don’t feel like spending $25 per month, take a look at Lit Hub’s most anticipated books of 2021.